Meet the U.S. Military Athletes Competing at the Tokyo Olympics

17 soldiers, a Marine and a Coast Guard member are vying for gold at the Tokyo Olympics, while serving their country in more ways than one

English is among 19 members of the Armed Forces competing at the Summer Games. According to the U.S. Department of Defense, 17 soldiers, a Marine and a Coast Guard member are vying for gold, while serving their country in more ways than one.

For Olympians and Paralympians who have served in the military, the dedication and drive that it takes to train for the Games is similar to the discipline required in the armed forces.

Paratriathlete Melissa Stockwell lost her leg while serving in the Iraq War in 2004. She told NBC, for veterans like herself, who now have a disability, competing in the Games allows them to challenge themselves and to be part of "something bigger than yourself, like you were in the military. " 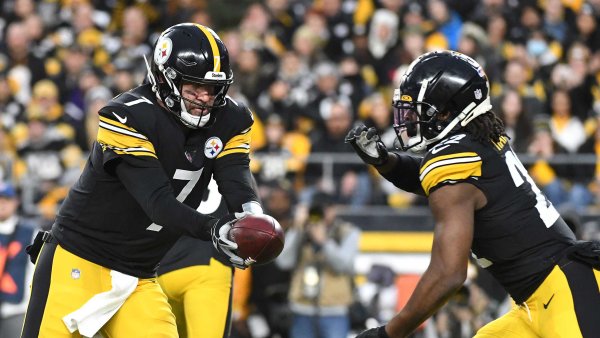 NFL Schedule Week 14: Game Times, How to Watch on TV and More 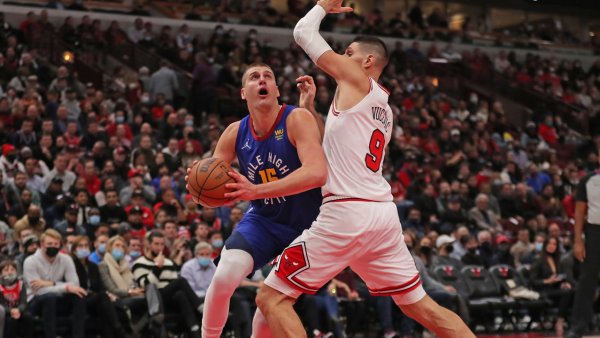 "You think, 'I'm going to go represent the country I defended in Iraq,'" Stockwell told NBC.

Many active duty service members are also part of the Army’s World Class Athlete Program, which allows soldier-athletes to “hone their skills with elite civilian and military coaches at America’s best facilities” and perform at the international level.

Scroll below to see the armed service members competing at this year's Games:

Staff Sgt. Naomi Graham is boxing for gold in the women’s 75kg weight class. The two-time U.S. national champ earned her seat at the Games when she won the championship match at the 2019 U.S. Boxing Olympic Trials.

Staff Sgt. Sandra Uptagrafft will be competing in her second Olympic Games in the 10m air pistol and 25m pistol. The five-time Pan American Games medalist earned her spot for Tokyo at the 2019 Pan American Games.

First Lt. Amber English erased the disappointment of barely missing the two previous Olympics by winning a gold medal in the women's skeet shooting. The 38-year-old logistics officer stationed at Fort Benning, Georgia, finished third at the 2018 world championship and climbed to the top of the ISSF world rankings with seven top-10 finishes the past three years.

Sgt. 1st Class Elizabeth Marks is a combat medic but also a heavily decorated Paralympic swimmer, Pat Tillman ESPY award winner and a 2017 Army Woman’s Hall of Fame inductee. She was injured in Iraq in 2010, and spent much of her rehabilitation in the pool. It is there where she'll be competing in the 50m Freestyle, 100m Backstroke and 100m Breaststroke.

Staff Sgt. Kevin Nguyen is a Purple Heart recipient as a result of stepping on a pressure plate IED during Operation Enduring Freedom in Afghanistan. He began competing in 2016 and is a star in the world of Paralympic shooting. Nguyen will be competing in the R3 10m Air Rifle Prone and R6 50M Prone competitions.

John Wayne Joss III is a member of the U.S. Army Marksmanship Unit and the current National record holder in the R6- Mixed 50m Free Rifle Prone SH1. In 2007, a combat injury required a right lower leg amputation, but he didn’t let that slow his career. He's racked up several victories and vying for the gold in Tokyo.

Sgt. Ildar Hafizov is competing for the Greco-Roman 60kg weight class. He previously competed for Uzbekistan in the 2008 Games but is returning to the Olympic stage as a member of Team USA.

Spc. Alejandro Sancho is also making his Olympic debut in the 67kg weight class for Greco-Roman Wrestling. The five-time national team member earned his spot of Olympic victory when he won gold for 67kg at the wrestling trials.

Sgt. Samantha Schultz will be competing in modern pentathlon. The six-time national champion earned her spot for Tokyo at the 2019 Pan American Games where she took home a silver medal.

Spc. Benard Keter is making his Olympic debut in the 3,000m steeple chase. The NCAA champion grabbed his ticket to Tokyo after placing second at the Olympic Trials, and during a record heat wave for the area.

Spc. Phillip Jungman is a shooter/instructor for the U.S. Army Marksmanship Unit’s Shotgun Team. In 2016, Jungman was selected as an alternate for the Rio Olympics. After a two-part Olympic Trial, he achieved his dream of making it on an Olympic Team. He competed in the Men's skeet competition in Tokyo.

Spc. Alison Weisz competed in the Women’s 10m Air Rifle event on July 24 and will compete in her second event, Mixed Team Air Rifle, on Tuesday, July 27 at 2:15 a.m. ET. Weisz graduated from Advance Individual training in October 2020, and is currently a member of the Army Marksmanship Unit in Fort Benning, Georgia.

Spc. Sagen Maddalena will represent the U.S. in Women’s 50m 3-Positions qualifications round. The top eight shooters will move onto the Finals, which will air around 3 a.m. ET on July 31.

Sgt. Patrick Sunderman will compete in the Men’s 3-Position Rifle event on Aug. 2. After qualification rounds, the Finals for this event will air at about 3:50 a.m. ET.

Army 2nd Lt. Sam Kendricks is a two-time reigning world champion who won a bronze medal in the pole vault event during 2016 Summer Olympics in Rio de Janeiro. Kendricks is looking to return to the podium when he competes in Tokyo.

U.S. Marine Corps Staff Sgt. John Stefanowicz is member of the All Marine Wrestling Team and will be competing in the Tokyo Olympic. “Being able to represent the USA on an international level while being in the Marine Corps is the highest honor that I have ever felt,” Stefanowicz said.

Coast Guard Lt. Nikole Barnes is the first active duty U.S. Coast Guard officer – man or woman – to ever compete in the Olympic Games in any sport. Barnes and sailing partner Lara Dallman-Weiss finished seventh in a qualifying event in Portugal in March to lock down an Olympic spot.