The Chicago Blackhawks have added another player to the NHL’s COVID-19 protocol list, as forward Lucas Wallmark will be out of action for an indefinite period.

The NHL made the announcement Wednesday afternoon prior to the Blackhawks’ game against the Nashville Predators.

Wallmark has been out of the lineup for the Blackhawks for the last two games. He has three assists in five appearances for Chicago so far this season.

The forward joins fellow forward Alex DeBrincat and defenseman Adam Boqvist on the league’s COVID list. Both players missed Tuesday’s game against Nashville, and head coach Jeremy Colliton said that both players will be out for a minimum of two weeks. 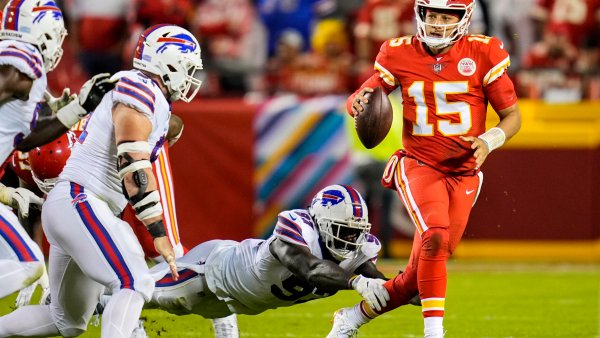 It is unclear how long Wallmark will miss as a result of his addition to the COVID protocol.

Under league rules, players will be unavailable to practice, travel or play with the team if they are placed in the league’s COVID protocol. Those absences can be due to a number of factors, including confirmed or unconfirmed positive COVID tests. If a player is a high-risk contact to someone who tests positive for the virus, they will be placed in mandatory quarantine under league rules, and players can also be placed in COVID protocol if they exhibit COVID symptoms, with or without a positive test result.