How Blackhawks Are Aiming to Get Power Play Back on Track

The Blackhawks have hit the one-third mark of the 2020-21 season and one of the most reliable parts of their game to this point has been the power play. They've scored a goal in 15 of 19 games and are converting at a 32.2 percent clip, which ranks No. 4 in the NHL. 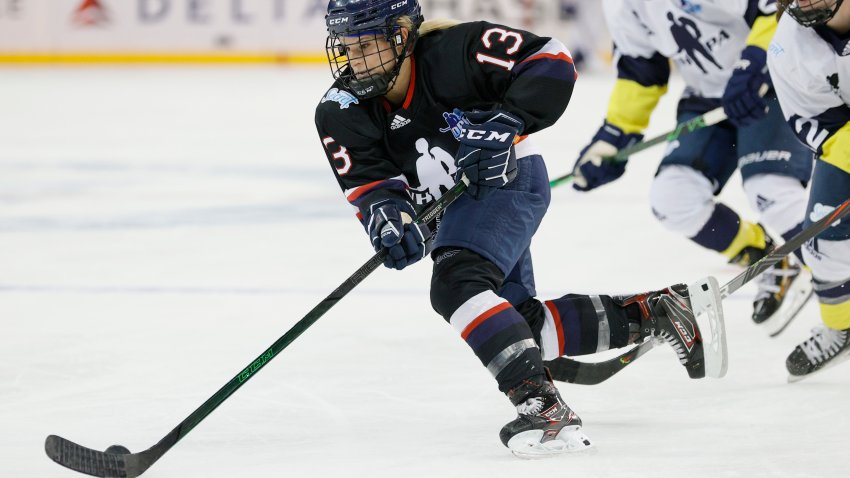 But it hasn't been as consistent as of late, even though the numbers don't show a significant dropoff. The Blackhawks are 2-for-12 (16.7 percent) on the power play over their last four games, but one of those goals came in the final minute of Friday's 5-3 loss to the Carolina Hurricanes when the game was out of reach.

Entries, particularly, have been a struggle for the first unit and the Blackhawks are aware of it.

"We've got to do a better job of entering the zone, and when there’s a battle to be won, we've got to win it," said Alex DeBrincat, who's tied for the team lead with three power-play goals. "I think that creates so many chances in itself and we’ve been lacking on that a little bit."

It's no coincidence that the Blackhawks' power-play struggles began after Andrew Shaw (concussion protocol) was placed on injured reserve. He's a huge reason why the Blackhawks rank No. 1 in puck recoveries off offensive-zone shot attempts on the power play and they've had a tough time replacing him.

The Blackhawks have tried different combinations since Shaw's absence and are now experimenting with Ryan Carpenter in the bumper role.

"We need to get pucks back, so if the most skilled guy that we have is going to get pucks back for us, then he’ll go," head coach Jeremy Colliton said. "That’s the priority, especially in that middle spot around the net. We’ve scored a lot of our goals just by recovering a puck and making one more play. We haven’t been as good at that lately, I would say. So that’s the challenge.

"Whoever’s in that spot, help us get pucks back, help us break pressure when they are coming at us. We like the right shot, it helps, just one more option with our rotations; we don’t have a ton of those. So right now Carpy’s in there and we’ll see if he can take advantage."

Carpenter said he's never played in that spot on the power play before and exchanged texts with Shaw, who offered some pointers.

"It’s a little bit of an art," Carpenter said. "You want to help and support all over the ice. We have so many skilled guys on that power play that can make some really good plays and I just think when the puck squirts loose and there’s a 50-50, I need to be one of the first guys there to help support. I'm still working on it ... it’s something I can definitely get better at."

The Blackhawks worked on and emphasized two power-play items at practice on Sunday morning in Carolina: Cleaner entries and working hard to get pucks back. If they can get back on track in both areas, the power play should serve as a confidence builder again and not a momentum killer.

"We can definitely improve both, but it's obviously hard when you’re not getting the clean entries and not being able to set it up," DeBrincat said. "You've got to go back to the puck a lot and that’s tough to do. I think that’s a big thing as well. ... We’re going to reset, not worry about it, come back on Tuesday and be ready to play."