Blackhawks vs. Golden Knights: Five Keys to Victory for Chicago

The Chicago Blackhawks will take to the ice on Tuesday night against the Vegas Golden Knights in Game 1 of the Western Conference Quarterfinals, and when they do so they’ll be facing long odds as one of the postseason’s biggest underdogs.

The Blackhawks, who were the 12th-seeded team coming into the postseason, upset the Edmonton Oilers in the qualifying round, and will now face the top-seeded Golden Knights to embark (officially, at least) on their first playoff journey in three seasons.

With the Golden Knights earning the top seed, and with the Blackhawks as decided underdogs, how can Chicago score an upset in the series? If they’re hoping to do so, they’ll need to fulfill these keys to victory in the best-of-seven series.

4 Injury Questions White Sox Will Try to Answer Before Playoffs 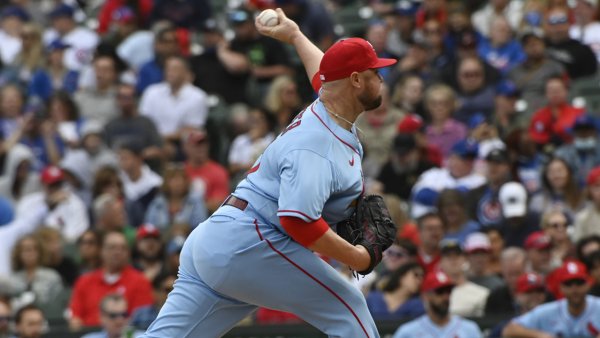 In the first two games of the Blackhawks’ series against Edmonton, Crawford struggled badly, giving up 10 goals on just 64 shots in those contests.

After shaking off the rust, Crawford earned the win with 25 saves in Game 3, and he came alive in Game 4, with 43 saves on 45 shot attempts in an incredible 3-2 win that clinched the series victory for Chicago.

If Crawford is able to continue to maintain that form, the Blackhawks will be in a much better position to win, but if he can’t, it would take a miracle for the Blackhawks to overcome an incredibly deep Vegas squad.

Use Defensive Speed to Your Advantage

One of the biggest keys to the Blackhawks’ victory over the Oilers was the usage of their defensemen on the offensive side of the ice, with Duncan Keith, Slater Koekkoek and Connor Murphy largely driving that strategy in the latter games of the series.

In fact, the ability to get defenders into scoring positions paid dividends for the Blackhawks both on the rush, with Koekkoek standing out in that regard, and even with generating quick shots once in the zone, with Murphy and Keith both having shots deflected by forwards into the back of the net during the series.

That kind of ability to force the Golden Knights to defend the entire zone, and to guard against the transition game, will be critical for the Blackhawks’ offensive success in this series.

Of the 16 teams remaining in the league bubbles in Toronto and Edmonton, none had a worse penalty kill percentage than the Golden Knights did this season, and although the Blackhawks aren’t exactly the best power play unit in the game, they have to take advantage of this fact as an opportunity to help level the playing field in this series.

The key players in that regard are Toews and Kirby Dach, who were both able to get to the front of the net and to create screens and seams in the defense during the Edmonton series. If they can do that, and if Patrick Kane can get his scoring touch back, the Blackhawks will become a more dangerous team on the man-advantage, and Vegas might struggle to contain them.

Speaking of Kane, the Blackhawks will need more production out of their second line if they’re going to compete with Vegas’ depth on the forward side of things.

Kane did have four points in the series, but he only managed to notch one point in the final two games, and he’ll have to do better than that to give the Golden Knights’ defense a challenge in this series.

Alex DeBrincat, who had three assists but was largely a non-factor in the Edmonton series, will also need to find his goal-scoring touch, and he should be able to do that if Kane and Dach are able to feed him the puck in scoring situations.

If the Blackhawks can’t get more scoring from that line, head coach Jeremy Colliton may be forced to shuffle up the team’s lines, as a one-line scoring attack won’t be enough against a talented Golden Knights squad.

The Blackhawks’ defense is not one of the best remaining in these playoffs. They give up many high-danger chances, they tend to struggle against good puck-possession teams, and they are susceptible to speed on the edges of the ice.

That being said, the Blackhawks were able to figure out creative ways to slow down Connor McDavid in the Edmonton series, and that kind of discipline is going to be key against Vegas, whose relentless control of the pace of the game can wear teams down.

If the Blackhawks can keep their positioning, and can keep the Golden Knights pinned to the sides of the ice like they did at times against the Oilers, they’ll be in much better shape, and will have a better chance of scoring an upset.