On Friday afternoon, the Bears' head coach announced that he won't be calling plays during Monday night's game against the Minnesota Vikings. Instead, those duties will now fall to offensive coordinator Bill Lazor. 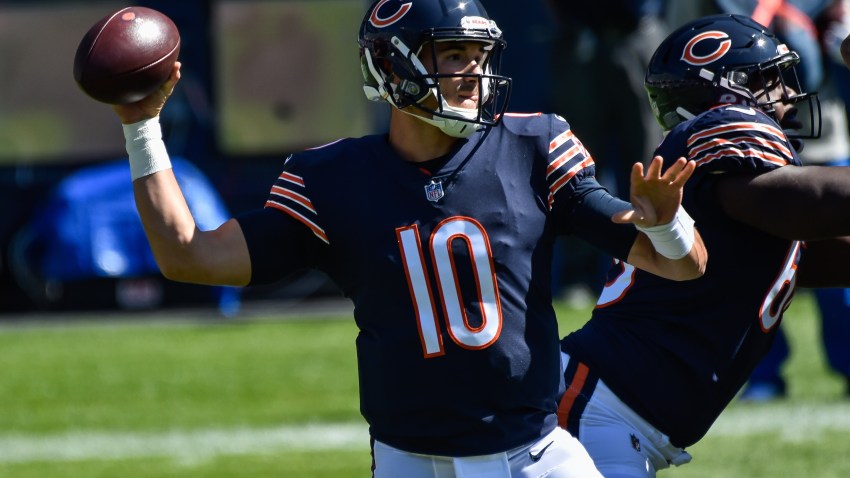 "I just wanted to let everybody know that I made the decision to go ahead and pass up the play calling," he said. "It's very, very important for me to make sure I'm doing everything I possibly can to make the best decision for the Chicago Bears. And that's where we're at right now. It allows me to really look at all three phases from the head coaching position."

Lazor last called plays when he was with the Cincinnati Bengals – both as a quarterback coach and offensive coordinator – back in 2017 and 2018. Nagy had previously said that the Bears' coaching staff didn't feel a change at that position was necessary, but after spending the week talking with his staff, they ultimately chose to go in this direction.

"I would say that the collaboration of talking with the coaches, and just me being very open and honest to them as to really where we're at, and how can things get better, and how can we do it together," he added. "Our offensive staff of coaches, I'm super proud to be a part of. I think they're so very supportive of me. They have my back. They just want what's best for this offense and this team."

Nagy did say, however, that the team wasn't yet sure if this would be a permanent move – and that the decision wasn't announced in some grand fashion during a team meeting. Instead, he said that it was more based off a "gut feeling," and that even so, it was one of the tougher decisions he's had to make while in Chicago.

"I'd be lying to every one of you guys if I told you that this is easy," he said. "It's not. It's not easy. It's one of my favorite parts of coaching. I love calling plays. I love it.