Kirk Hinrich insisted his shot has felt good all season.

The Chicago Bulls guard was averaging only 6.5 points per game but broke loose for a season-high 25 in a 103-87 victory over the Golden State Warriors on Friday night.

Hinrich made six of his seven 3-point attempts for the Bulls in their third straight victory. He was scoreless in his previous game Wednesday against the Pistons after he scored a season-high 22 points Monday against the Lakers. 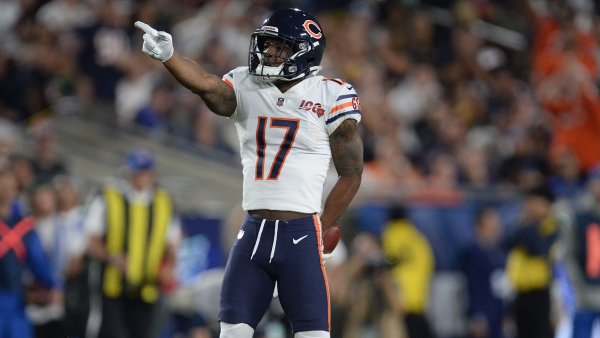 "The guys set me up with some great plays," Hinrich said. "I was hitting shots and they just kept finding me."

Nate Robinson added 22 points off the bench for Chicago.

Jimmy Butler had 16 points and a career-high 12 rebounds while starting in place of Bulls All-Star Luol Deng, who missed his fourth consecutive game due to a right hamstring injury.

"He can do a lot better, too," Chicago coach Tom Thibodeau said about Butler. "I love his toughness. He competes on every play. He's not afraid. Guys like that can always continue to get better."

Carlos Boozer and Joakim Noah, the Bulls' other All-Star selection, also finished with double-doubles. Boozer had 15 points and 13 rebounds, while Noah had 14 points and 16 rebounds.

"It's huge," Thibodeau said. "Jo was terrific — offense, defense, rebounding, energy. Carlos, his rebounding and just his presence inside, his cutting and screening led to fouls, which got us to the free throw line, got us established inside, opened some things up for us."

The Bulls shot 46.6 percent from the field and have won six of their last nine against Golden State.

Chicago never trailed and led by as many as 26.

"There's a good calmness but also readiness and sense of urgency at the same time," Hinrich said. "We've kind of had that edge."

The Warriors got as close as 10 early in the third quarter before the Bulls responded with a 10-3 run.

Chicago fell short of its season high for points (118). The Bulls won the rebounding battle 56-37 even though the Warriors were the fourth-best rebounding team in the NBA.

"We just went after it, went after the ball," Noah said. "We knew they were playing some really good basketball and I think we played with the right edge tonight. We played probably one of our best games."

Hinrich's sixth 3-pointer tied his career high and pushed the Bulls' lead to 100-80 with 3:17 remaining.

Klay Thompson had 13 points and Jarrett Jack added 11 for the Warriors.

Chicago scored the game's first eight points before Curry hit a jumper with 9:24 left in the first quarter.

Golden State went 5 of 22 from the field.

"From the start, they executed their offense at a high level and we didn't match their intensity," Curry said. "Even when we did get stops, we couldn't finish off the possession with a rebound."

Chicago pushed the lead to as many as 26 before halftime, but Golden State went on a 12-0 run to cut it to 14. The Bulls were ahead 63-50 at the break for a new season high for first-half points, shooting 54 percent from the field. Hinrich scored 19 points, making four of five 3s.

"We got outworked," Warriors coach Mark Jackson said. "We didn't have the right mindset to start the game and it just snowballed from there. That wasn't Warriors basketball. That's a very good team."

Boozer added 12 points and 11 rebounds, and Robinson had 11 points — all in the second quarter.

"We're a good rebounding team," Boozer said. "We've got a lot of guys that love to rebound. That's one of our strengths."

Before the game, both coaches said one of their players was snubbed for the All-Star game. Thibodeau said Boozer, who leads the Eastern Conference in double-doubles, should have earned All-Star honors. Jackson said he was disappointed Curry missed the cut, but Curry responded with energy and enthusiasm. He was averaging 20.9 points per game, eighth in the NBA.

"It keeps me focused and grinding," Curry said. "I've had a lot of doubters since coming out of high school up until this level. Just another reason to stay focused and do what I'm doing. Hopefully I'll have another opportunity down the road."