That’s the infamous line from the Kevin Costner film “Field of Dreams” about building a baseball diamond in a corn field. Well, that fantasy of the 1989 sports movie is coming to life.

The Chicago White Sox and the New York Yankees will be playing in the “Field of Dreams” Game in Dyersville, Iowa. It’s going to have classic uniforms, a corn maze and everything else needed to make the Field of Dreams a reality.

Here is all that you need to know about the Field of Dreams Game.

How can I watch the Field of Dreams Game?

The Field of Dreams Game will be broadcasted nationally on FOX. The game is set to begin at 6 p.m. CT on Thursday, Aug. 12, with a pregame show starting at 5 p.m.

Where is the Field of Dreams Game being played?

The physical Field of Dreams stadium is in Dyersville, Iowa, bringing major league baseball to a state that has just two minor league teams.

MLB built a major league-sized stadium adjacent to the field that was used in the movie. There is a corn maze separating the two fields, with the MLB logo ingrained into the maze.

Don’t be surprised to see some home runs in the Field of Dreams Game. The ballpark is 335 feet down the left and right field lines and 400 feet to dead center, with alleys that are 380 feet. The dimensions are quite similar to Guaranteed Rate Park, the home stadium for the Sox, which is considered a more hitter-friendly ballpark than not.

The site is only going to seat 8,000 fans, so it won’t have the normal crowd feel of a White Sox game. Chicago is averaging about 17,000 fans per home game this season. But for the small group of fans who are going, it will be quite the experience.

What do the White Sox’s Field of Dreams Game jerseys look like?

The Chicago White Sox do not miss when it comes to jerseys, and that’s the case once again with their Field of Dreams uniforms.

There will be a team wearing pinstripes when the Sox and Yankees meet in Dyersville but it won’t be the one from the Bronx. The Sox’s jersey features navy blue pinstripes on a white shirt. There is a big “S” on the left side of the chest, with the “O” and the “X” interloping between. The cap is white with navy blue stripes and no logo.

What do the Yankees’ Field of Dreams Game jerseys look like?

For the Yankees, they are sticking with their grey color, but instead of black writing for “New York,” it features navy blue. There’s also no white outline, giving it a more classic feel.

New York’s caps are more or less the same as their normal interlocking “N” and “Y”.

Why were the White Sox and Yankees chosen by MLB to play in this historic game?

The White Sox were an easy one. In the film, the team is prominently featured, with Costner’s character interacting with White Sox legend “Shoeless” Joe Jackson. The film also features portrayals of other White Sox players involved in the 1919 scandal, such as Eddie Cicotte, Swede Risberg, Buck Weaver and Chick Gandil.

The Yankees are included due to their popularity in the MLB world. They’re the richest, most successful team, historically, in baseball. So it’s a no-brainer for MLB to include the Yankees.

Is Field of Dreams the movie based on a true story?

Unfortunately, there has never been an Iowa farmer that was seeing visions of an MLB player and decided to build a baseball field in the middle of nowhere.

The movie was based on W.P. Kinsella’s novel “Shoeless Joe.” Kinsella was living in Iowa City at the time when he wrote the book and his knowledge and interest in the Black Sox scandal drew him inspiration to write about a fantasy scenario where Shoeless Joe came to Iowa. 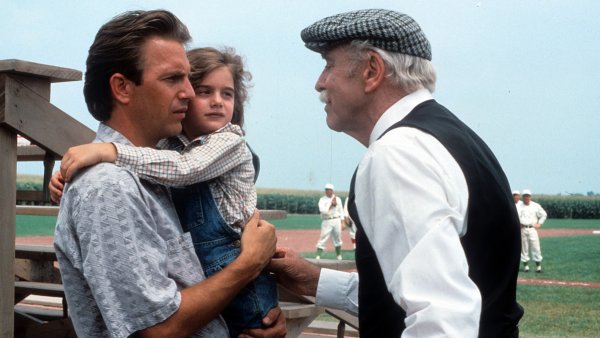 ‘Field of Dreams' Site Still Has That Magic, More Than 30 Years Later 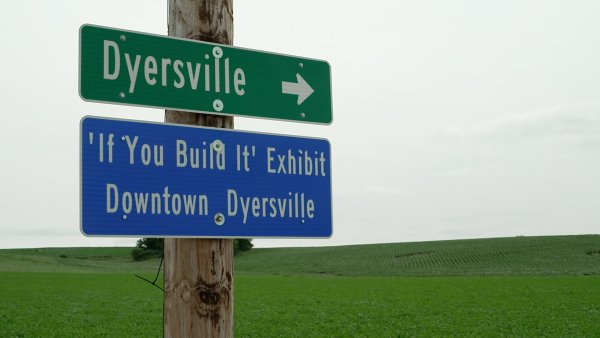 David Ross: Cubs to Play in Field of Dreams Game in 2022