The Cubs believe they were built to withstand injuries, with a loaded roster and more players in the pipeline after years of overhauling their farm system

The Chicago Cubs came into the season eyeing their first championship since 1908 after last season's run to the National League Championship Series.

They still are, even if they are missing one key player. And the atmosphere at Wrigley Field figures to be a charged one when the Cubs meet the Cincinnati Reds in their home opener Monday night.

Sure, losing Kyle Schwarber to a season-ending knee injury stings. But the Cubs believe they still have the talent to contend coming off a 97-win season and NLCS run. 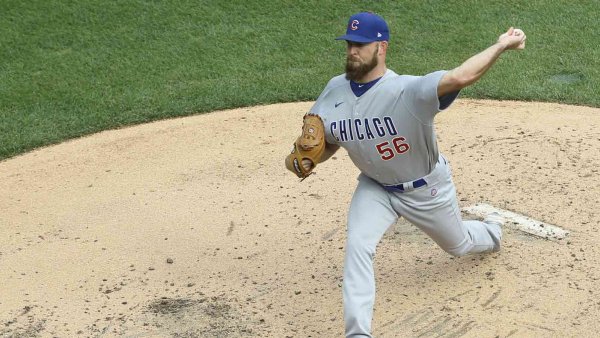 "We have very good replacements," manager Joe Maddon said. "So it hurts, but there's nothing you can do about it. It's our new reality that we have to deal with right now and we're going to deal with it. I know it's big losing a guy like Schwarber, but I think we have plenty of others to go around right now."

The Cubs believe they were built to withstand injuries, with a loaded roster and more players in the pipeline after years of overhauling their farm system. That, along with the hiring of Maddon last year and some big additions in trades and free agency, added up to a breakout season that ended with a sweep by the New York Mets.

On Monday, Jon Lester starts for Chicago with Brandon Finnegan pitching for Cincinnati.

"Whenever you go somewhere for opening day, there's going to be a certain amount of electricity, maybe more so there because of the expectations," Reds manager Bryan Price said. "It's good for our club, too. Those are fun environments to play in and manage in. A team that's expected to compete for a World Series against a team that's not. Our team will love that type of a challenge."

The Cubs were off to a good start at 4-1 and tied for second in the majors with 35 runs entering Sunday's game against Arizona.

They will find a sparkling new clubhouse when they arrive at Wrigley Field, part of the ongoing multiyear overhaul to baseball's second-oldest ballpark and surroundings. The Cubs will also feature a tweaked lineup with the additions of veterans Jason Heyward and Ben Zobrist, albeit one with a promising piece missing.

Normally a catcher, the 23-year-old Schwarber was playing left field when he banged into center fielder Dexter Fowler chasing a drive by Arizona's Jean Segura on Thursday. The result was two torn ligaments in his left knee and his second season in the majors ending just as it was beginning.

While losing a young slugger who set a franchise record with five playoff homers as a rookie was not the way they wanted to start the season, the Cubs still believe they have the talent to contend.

They have NL Cy Young Award winner Jake Arrieta leading a deep rotation with Lester and newcomer John Lackey. They have All-Star Anthony Rizzo and Rookie of the Year Kris Bryant in the heart of a lineup that now includes Heyward and Zobrist. They have promising young players such as slick shortstop Addison Russell and outfielder Jorge Soler, who figures to get more time with Schwarber sidelined, not to mention one of the top managers in Maddon.