Anthony Rizzo, Kris Bryant Not in Lineup for Cubs' Tuesday Tilt With Brewers

The Chicago Cubs are looking to make up ground in the National League Central Division trade, but they’ll face a tough obstacle on Tuesday as they’ll be without two of their best hitters for their game against the Milwaukee Brewers.

Anthony Rizzo, who left Sunday’s game against the Los Angeles Dodgers due to tightness in his lower back, will miss his second consecutive start at first base for the Cubs, who trail the Brewers by four games in the division race.

The Cubs will also be without Kris Bryant, who is dealing with some soreness in his side after making several diving plays in recent games, manager David Ross told media, including MLB.com’s Jordan Bastian, before Tuesday’s contest. 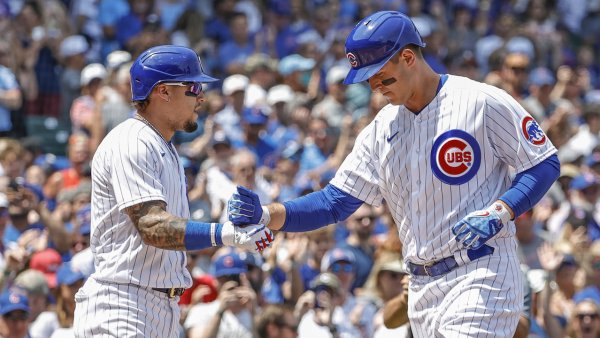 Patrick Wisdom will get the start for the Cubs at first base and will bat fifth. Eric Sogard will bat eighth and play third base for the second consecutive night.

Sergio Alcántara will bat seventh and play second base.

The Cubs have lost four consecutive games and have struggled badly at the plate, and they’ll face another tough opponent Tuesday in Brandon Woodruff, who has the third-best ERA in the National League at 1.89. He also has 111 strikeouts and a 0.76 WHIP this season.