There were so many great teams and moments that defined curling at the 2022 Winter Olympics. Let’s relive them all here.

Before the Olympics even began, Team USA men’s curler John Shuster made history as the first curler ever chosen as the U.S. flag bearer for the Olympic Opening Ceremony.

It was a special moment for the 39-year-old competing in his fifth Olympics, which is tied for the most ever by a curler from any country.

Curling at the 2022 Winter Olympics

Relive the top moments from the ice. 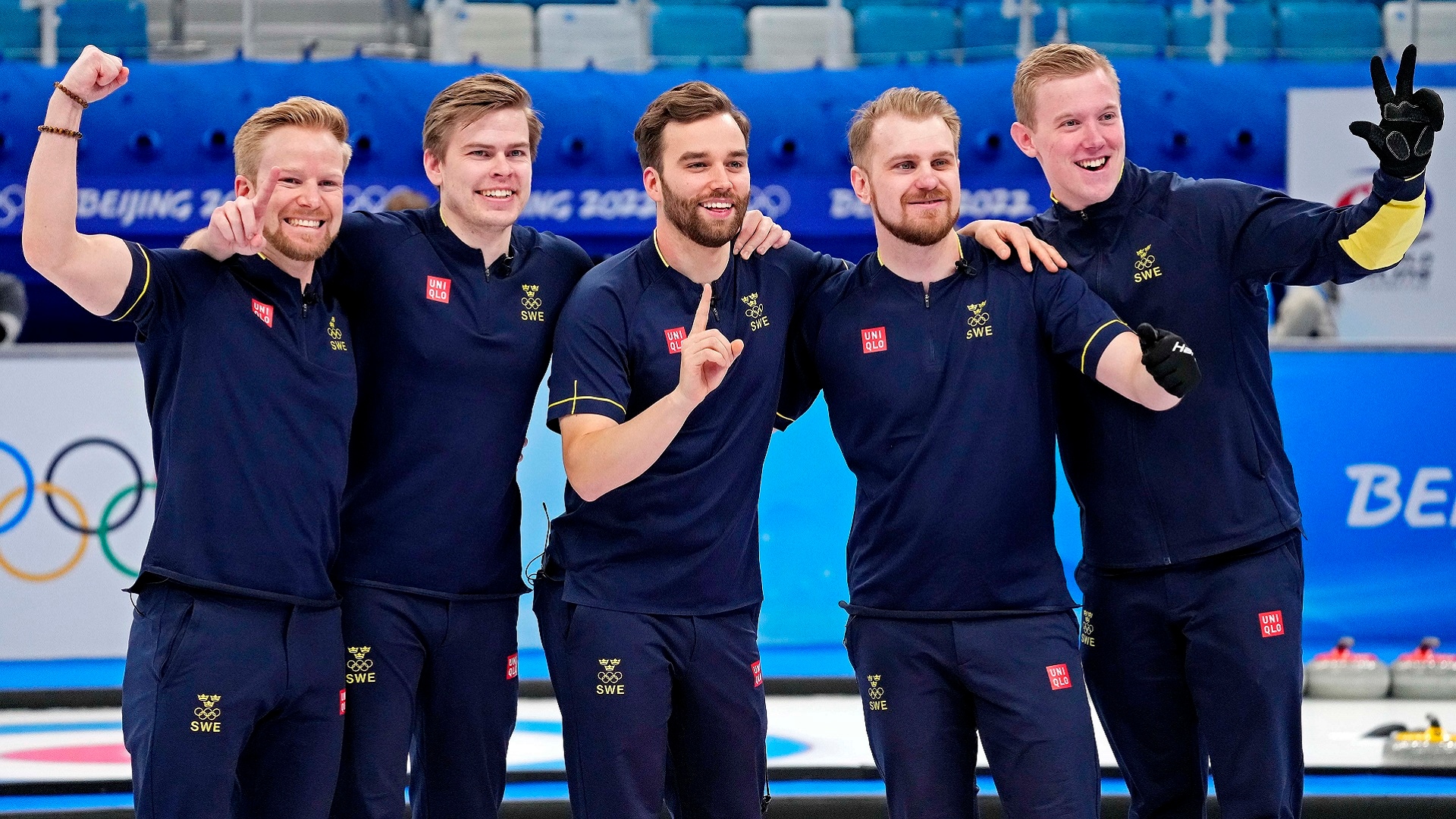 How Swede It Is: At Long Last, Sweden Finally Gets Olympic Men's Curling Gold 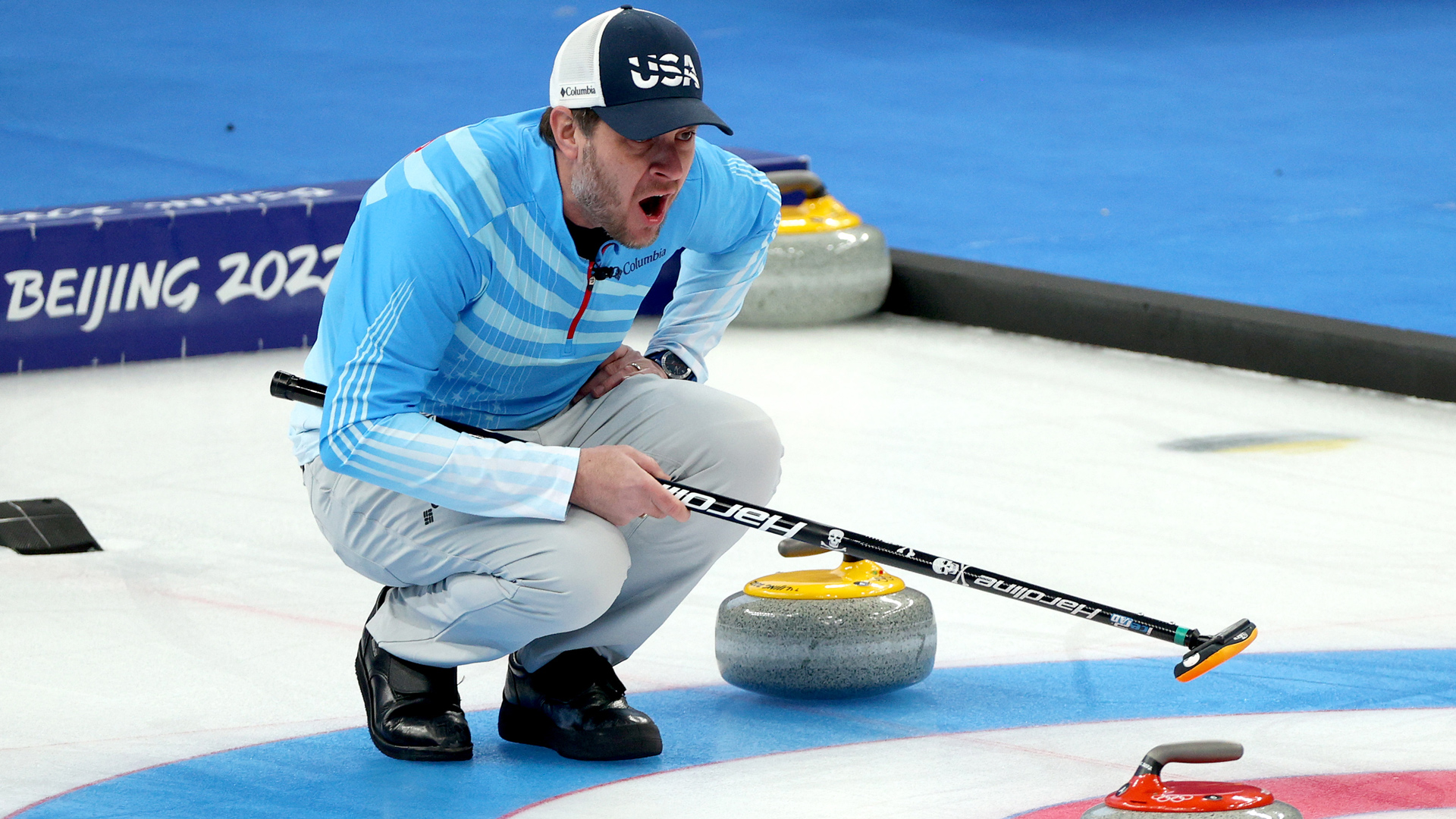 Tahli Gill and Dean Hewitt were the first Australian curlers to ever compete in the Olympics when they began mixed doubles competition. But, after starting play with seven straight losses, the two were still looking for an historic first win.

It seemed as though they may never get it. On the day of the second to last game of their round robin play, the Australian Olympic Committee tweeted that arrangements were being made to have Gill and Hewitt sent back home after Gill returned a series of positive COVID-19 tests that day. The team would have to forfeit its final two games because alternates are not allowed in mixed doubles curling.

A few hours later, the decision was reversed and the duo got to play after all.

In the game they were supposed to forfeit, the pair earned their first win in a 9-6 victory over Switzerland, the first ever Olympic curling win for Australia.

Gill and Hewitt just started curling together three years ago in an attempt to make the Olympics. The two defeated Korea in a December Olympic Qualifying Event to make this year’s field.

The duo would go on to make a little more noise before ending their 2022 Games.

In likely the biggest upset of the entire curling Olympics, Australia finished its Games with a 10-8 win over Canada that eliminated Canadians John Morris and Rachel Homan from medal rounds contention. Gill and Hewitt jumped out to a 7-0 lead that was ultimately insurmountable for the win.

“I'm just so incredibly grateful that Dean and I were able to finish our campaign and to finish with two wins. It’s a really special feeling,” Gill told reporters after the game.

Canada needed a win against Australia to move on to the semifinals. Instead, the team finished play in fifth place after coming in as the defending gold medalists.

The win was even more dramatic given Morris had coached the Australians leading up to the Games.

“It was just like any other competitor. He has two shoes. He's our coach and athlete. We totally understand that and respect that. The fact that he's able to do that is really impressive,” Gill said.

The best team in mixed doubles curling throughout the 2022 Olympics took home the hardware to prove it.

Italy's duo of Stefania Constantini and Amos Mosaner that went a perfect 9-0 in round-robin play, finished their Olympics in the same way with an 8-5 win over Norway in the gold medal game.

I don’t have words. I feel great. I never expected a gold medal. It’s great but what is better is the 11 wins and no losses. That is unbelievable.

"Today I think a lot of people were following us and cheering for us. I really want to go home and enjoy the moments with all of the Italians who supported us.”

Just like in 2018 when the U.S. men’s curling team won Olympic gold, Team USA made the semifinals of the tournament on the last day of round robin play. Team Shuster defeated Denmark to improve to 5-4 in round-robin play and advance to the medal rounds for the second straight Olympics.

We never intended to do it the easy way. We put our backs up against the wall and try and crawl our way out of it. I'm just really proud of the guys in the way we were able to get gritty and come through that round robin even though it wasn't pretty.

Canada added a sixth Olympic men’s curling medal with an 8-5 win over the United States in the bronze medal game.

The Canadian team took the lead over the U.S. in the eighth and added a steal of two in the ninth that was ultimately the decider in the win.

The bronze is the second Olympic medal for Gushue and Mark Nichols, who both took home gold with Canada at the 2006 Games. The gap between medals (15 year, 11 months, and 25 days) is the longest between Olympic medals for any curler.

"You see some athletes that miss one Olympics but get to go again, and we missed three," Gushue said. "We had 16 years in between, watching other people come in and have this experience and us wanting to get back.

So when we got here, we knew how special it was and how much we want to enjoy it. We certainly enjoy the moment, we do enjoy the opportunity. And to walk away with a bronze medal, it's pretty special.

A 4-point end by the Japanese women’s curling team gave them a lead, and they played nearly perfectly from there on the way to an 8-6 win over Switzerland in the Olympic semifinals.

Switzerland was the No. 1 seed going into the semifinals after going 8-1 in round-robin play. On the other side, Japan nearly didn’t even make the medal round after falling to Switzerland in the final game of round-robin play, dropping to 5-4 overall. It came down to a tiebreaker between Japan, Great Britain, and Canada, and the Japanese team bested Canada in draw shot challenge for the last spot in the final four.

In the other semifinal, After Sweden scored four points in the first end of the semifinal, Great Britain’s women’s curling team put up points with just as much ease. In the highest scoring game of the Games, Great Britain got one more point in the 11th end on the way to a 12-11 victory.

The only achievement Swedish skip Niklas Edin was missing on his curling resume was an Olympic gold medal, and he got it with a 5-4, 11-end win over Great Britain for Sweden's first Olympic men's curling championship.

In the tenth end of the gold medal game, Great Britain, trailing 4-3, was sitting a stone on the edge of the 8-foot circle. On Sweden’s final stone, Edin went for a difficult runback attempt, one that needed precision down to the millimeter and excellent sweeping to keep both stones in a line for the takeout. It was a shot only one of the best curlers in the world could pull off, and he did, knocking Britain’s stone into the side to leave Sweden lying three.

From there, Great Britain was left no choice but to play a draw for one to tie the score and go to extra ends.

In the 11th, Great Britain skip Bruce Mouat had almost equally as difficult a takeout attempt on his final throw. Mouat would need to hit his stone into one sitting outside of the house, and change direction to force the second stone into the 4-foot circle to knock out Sweden’s sitting rock.

Mouat’s runback attempt spun and went over the top of Sweden’s shot stone, leaving it in place, and ultimately giving Sweden the win.

Edin and company leave the 2022 Games as Sweden’s first Olympic gold medalists in men’s curling, and Edin and Oskar Eriksson’s three medals from the 2014, 2018, and 2022 Games now makes them the most decorated curling Olympians of all time.

Curling is a team sport, and Sweden needed the entire team to defeat Switzerland and win the Olympic women’s curling bronze medal.

All Sweden had to do was land a stone in the 4-foot on the final throw of the tenth to win. The throw out of skip Anna Hasselborg’s hand was light, and was in danger of not making it. It took all four sweepers to warm the ice just enough to get the stone down, but their efforts were rewarded with a draw for one and a 9-7 win for the bronze medal.

The effort helped Sweden take down arguably the best team in the women’s curling tournament at these Games. Both Sweden and Switzerland were forced to settle for the bronze medal game after each was upset in the semifinals. Switzerland, the No. 1 seed after going 8-1 in round-robin play, fell to Japan. After the loss, the defending world champions left the 2022 Games without a medal.

In the women’s curling gold medal game, Great Britain was so dominant the game only lasted nine ends. Eve Muirhead’s team scored two points in the first, four in the seventh, and two more in the ninth on the way to a 10-3 win over Japan.

"I think it’s something I dreamed of as a young child was to get that Olympic gold medal and to stand on that podium and it’s come true. I really have to cherish this moment and love ever second."

With a two point lead, Great Britain put the game away in the seventh with a 4-point end that put the team up 8-2. On Japan’s final throw, Satsuki Fujisawa overthrew the rock on a takeout attempt, and rolled her stone out of the house. All Muirhead had to do next was get rid of the one lying Japanese stone, which she did on a hit-and-roll that left her team lying four.

Muirhead is one of seven curlers to compete in four or more Olympics, but her team at this Games hasn’t been together nearly that long. Muirhead and Vicky Wright are the only players who returned from the team in 2018, and Muirhead, Wright, and Jennifer Dodds are the only ones who were together for the most recent world championships in 2021. Hailey Duff was added just a few months before the Games.

"I think really its just our bond together," Duff said. "We really gelled together as soon as we were put together as a team and we can really trust each other and be open and honest, and I think that’s really important and that’s what got us here."

The team of Muirhead, Wright, Dodds, and Duff helped Great Britain to just its third women's curling Olympic medal of all time. It was also Great Britain's second medal in all of the 2022 Games. The other was silver won by the men's curling team a day earlier.

With the silver medal, Japan finishes with its best Olympic finish in the country’s history. It’s just the second Olympic medal ever won by a Japanese curling team.

"Despite silver, it is indeed a meaningful medal for Japan," added Japan's Yumi Suzuki. “We have regrets, of course, but there were so many people supporting us along the way. We are only here thanks to team Japan.”