Tom Witt is a key reason Kansas is unlikely to join a growing number of states this year with a ban, despite Republican supermajorities in its Legislature

As state lawmakers moved to ban transgender kids from girls’ sports, Kansas’ most visible LGBTQ-rights lobbyist recently said during an interview in a Statehouse corridor that conservatives don’t mind if kindergartners “have their genitals inspected."

The politically needling comment was bold enough to make Tom Witt's point, and loud enough for a lobbyist supporter of the ban to hear as she walked by. It was also classic Witt: Boisterous. Engaged. And well-targeted.

Witt is a key reason Kansas is unlikely to join a growing number of states this year with a ban, despite Republican supermajorities in its Legislature. With lawmakers returning Monday from a spring break, supporters don't yet have the two-thirds majorities to override Democratic Gov. Laura Kelly's veto of their bill. They didn't last year, either.

Witt, 60, is the executive director of Equality Kansas and a Democratic consultant. During 18 years at the Statehouse, he's spotlighted conservatives' bills so that unwanted publicity prompts Republican leaders to disavow them or discourages GOP-led committees from even holding hearings. Others describe him as relentless in pursuing just enough “no” votes when it counts, and was influential enough in the state Democratic Party to help push it to the left. 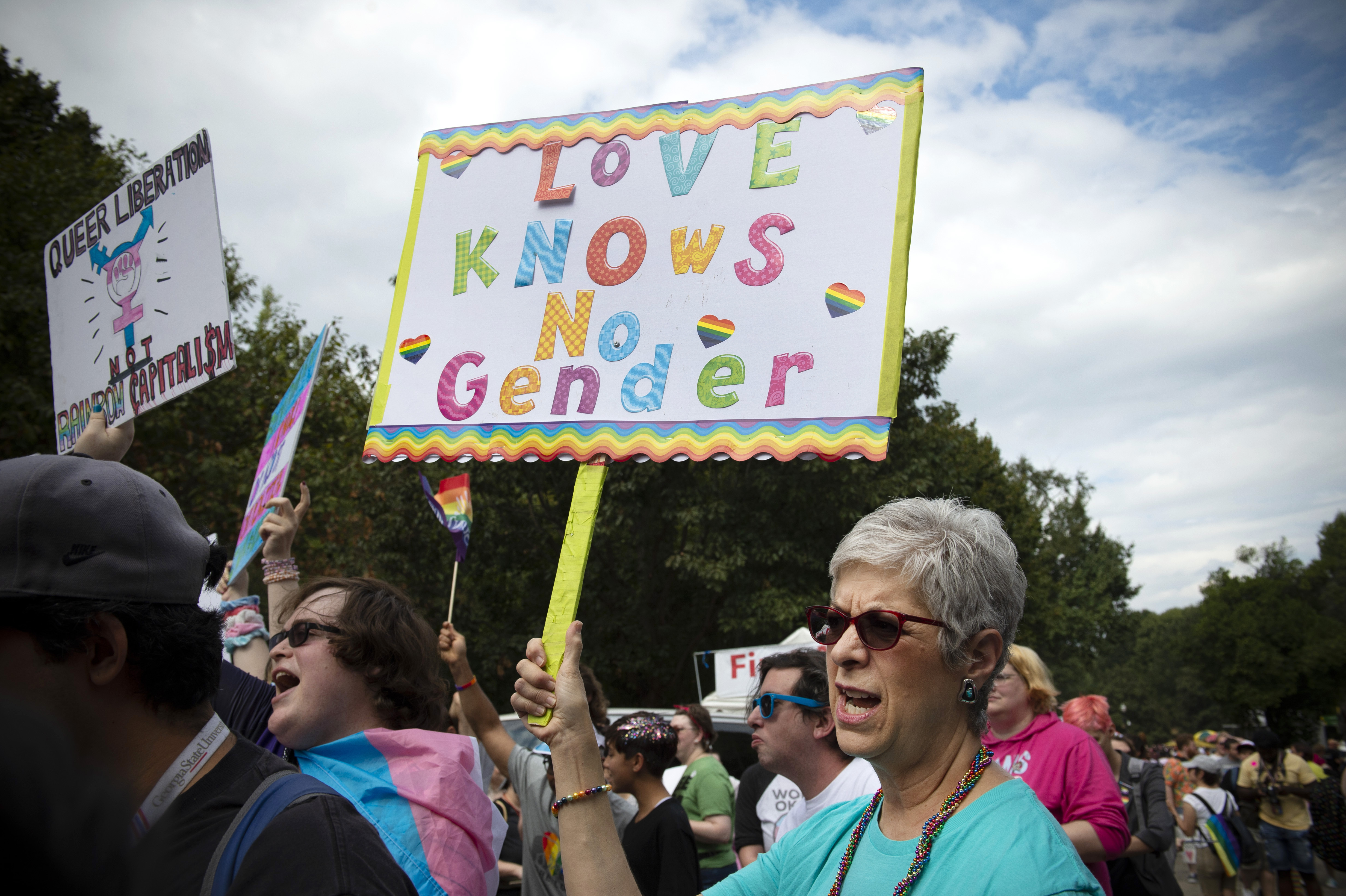 What Medical Treatments Do Transgender Youth Get? 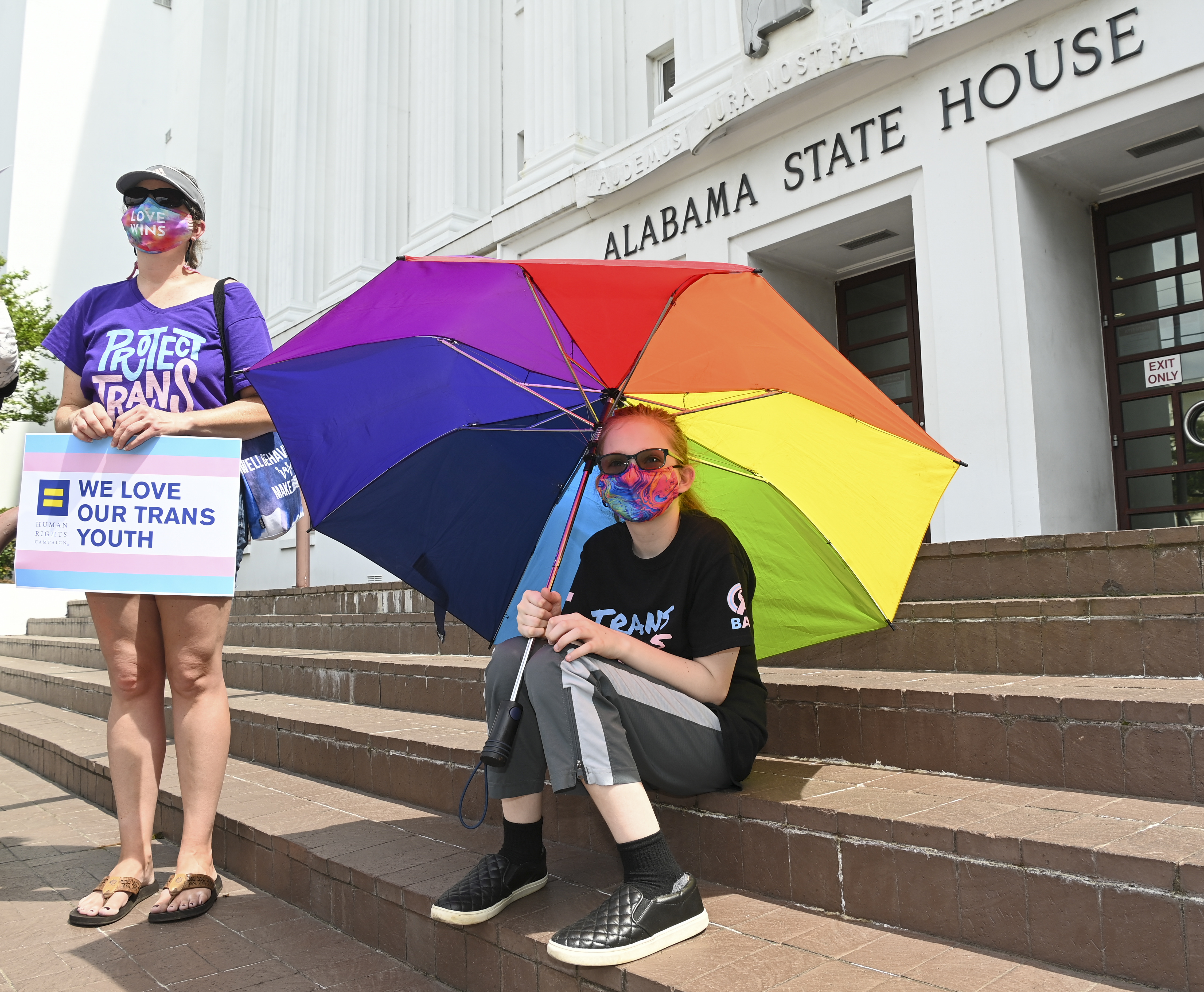 EXPLAINER: What Do New Alabama Laws Say on Transgender Kids?

He's even let his health slide. In 2017, he ignored growing fatigue to successfully lobby against requiring transgender students to use facilities associated with their genders assigned at birth — then had a heart attack and bypass surgery.

As for this year's bill, he said unnamed Republicans told him they “really hate” it before voting for it anyway. He said he's bitter that they might have considered the political cost of voting no.

“This is life and death for some kids,” he said. “This is not trivial. This is not politics.”

Democratic state Rep. Stephanie Byers, the state's first elected transgender lawmaker and a retired Wichita band director, credits Witt with connecting her to national groups and making media interviews easier to navigate during her 2020 campaign. Kari Rinker, a friend and American Heart Association lobbyist, said he taught her how to fundraise and work with a nonprofit board.

But Witt is sometimes profane and often pugnacious, even with friends. As for lawmakers, he said, party doesn't matter: “If they vote against LGBT rights, I’m going to go after them."

Brittany Jones, the conservative lobbyist who was walking by Witt's recent hallway interview, begins her recollection of their Statehouse introduction in 2019 with, "I believe he’s made in the image of God just like I am.”

“As soon as he found out who I worked for, he dropped my hand, walked away and wouldn’t speak to me,” said Jones, policy director for the conservative group Kansas Family Voice. Witt doesn't dispute that.

"We're going to make sure that Texas and all of the states of the United States are a place that you can grow up and be your full self, and be supported and safe." Rebecca Marques, director of Human Rights Campaign in Texas, says to the state's transgender students. HRC and other groups are speaking out against a bill headed to the desk of Gov. Greg Abbott - it would require school athletes to compete according to the sex noted on their birth certificate, regardless of how they identify now.

As Witt fights to keep Kansas from following at least 15 other states in banning transgender athletes from female school and college sports, some Kansas lawmakers are conflicted.

State Sen. David Haley, a Kansas City Democrat, voted no earlier this month but said “reasonable” constituents see the bill as common sense. He was the deciding vote last year against a veto override, giving a speech weighing both sides before voting no — as Witt sat in the main visitors’ gallery, visibly on edge.

“You know, it’s kind of like he’s a Marine Corps drill sergeant when he is committed to the advocacy for his ideology,” Haley said. “It’s like, ‘Everybody line up. This is the way it’s going to go.’”

The Kansas measures have applied to K-12 students, and a few lawmakers cite that as a problem. Witt said elementary schools would be forced to physically inspect children as young as 5 to settle disputes over transgender kids competing against other girls.

The bill’s text doesn’t say exactly how disputes would be resolved, and Haley called Witt’s argument “a little bit beyond belief.” State Rep. Barbara Wasinger, a Republican from western Kansas, said Witt's argument is diverting attention from what she sees as the real issues: fair competition and scholarship opportunities for young women.

But Witt sees this year's proposals triggering bullying and suicides. He pointed out a scar on his left cheek and said it's from being attacked and cut with a knife in a high school bathroom in the 1970s.

“In some respects, not a damn thing has changed,” he said. "In the 70s, the things that trans people are being called today are what gays and lesbians were called then. The panic about bathrooms? We had the bathroom panic in the 70s.”

He also recalled how his activism began ahead of a 2005 statewide vote in favor of banning same-sex marriage in Kansas. A computer software writer and IT troubleshooter, he was living in Wichita with his future husband and their daughter.

“All I ever wanted in my life was a family,” Witt said. “And it felt like those people were coming after it.”