Are Presidents Dumbing Down Their Speeches? Some More Than Others

Biden’s performance today was on par for Democrats

How politicians talk has changed a lot since the first inauguration, but if talk is getting more snappy, is it getting less sophisticated? New data suggests yes.

According to an NBC News analysis of inaugural speeches, complexity has been falling since the early 1970s, but more for Republicans than Democrats.

Inaugural Speeches Are Getting Simpler, But Especially for Republicans

We scored inaugural speeches using integrative complexity, a system developed by psychologists that assigns texts with numbers from one to seven based on the probability their words are associated with complex thought

Measuring complexity is difficult. Popular measures, like the Flesch-Kincaid readability tests, can parse text and spit out rankings or grade levels, but they’re only based on simple statistics, like syllables per word and sentence length.

But in the field of psychology, researchers use a more robust tool called integrative complexity. Developed as a hand-scored system roughly 40 years ago, words are marked 1 to 7 based on the probability they’re associated with sophisticated thought. Dr. Lucian Gideon Conway III, a professor of psychology at the University of Montana, used this system to create AutoIC, a computer algorithm that automates the process.

Conway has applied his tool to State of the Union speeches, debates and more, reporting he's also found Republican leaders in the U.S. score lower overall on complexity than Democratic leaders. Further, he observed Republican presidents increasingly show drops in sophistication after they take office.

“This is significant because historically, both in automated and human scoring, U.S. presidents increase in complexity after they take office,” said Conway. “We need more data, though, both for Republicans and Democrats, to see if this is a larger trend that applies across both parties or if it is unique to just Republicans.”

For inaugural speeches, the dip on the Republican side is largely due to Trump.

Much of the Republican Dip in Complexity is Driven by Trump

Others have pointed out Trump has a totally different speaking style than most politicians. Even in formally prepared remarks, such as his inaugural address, he tends to rely more heavily on repetition than past presidents as an organizational strategy and tactic to drive home key messages.

But Conway said his data shows a curious contradiction: While the average Republican is equally as complex as the average Democrat, they view leadership ideals differently, with Republicans tending to think that dogmatic simplicity is more acceptable compared to Democrats. Republican leaders, as a result, may strategically alter their complexity to appeal to their base.

While the integrative complexity system goes up to 7, indicating something that’s supremely complex, most human-produced texts fall somewhere between 1.5 to 2.5

Note: We analyzed full texts except for Harry Potter and Kant's Critique of Pure Reason, where we used the first chapter.
Amy O’Kruk/NBC

Conway said he hopes people can stop shouting and start listening, but the modern world seems to favor simplicity and partisanship.

“In today’s one-quip Twitter world, politicians likely see fewer and fewer rewards for complex rhetoric that acknowledges the need for compromise, and more and more reasons to use simple language that divides,” he said. 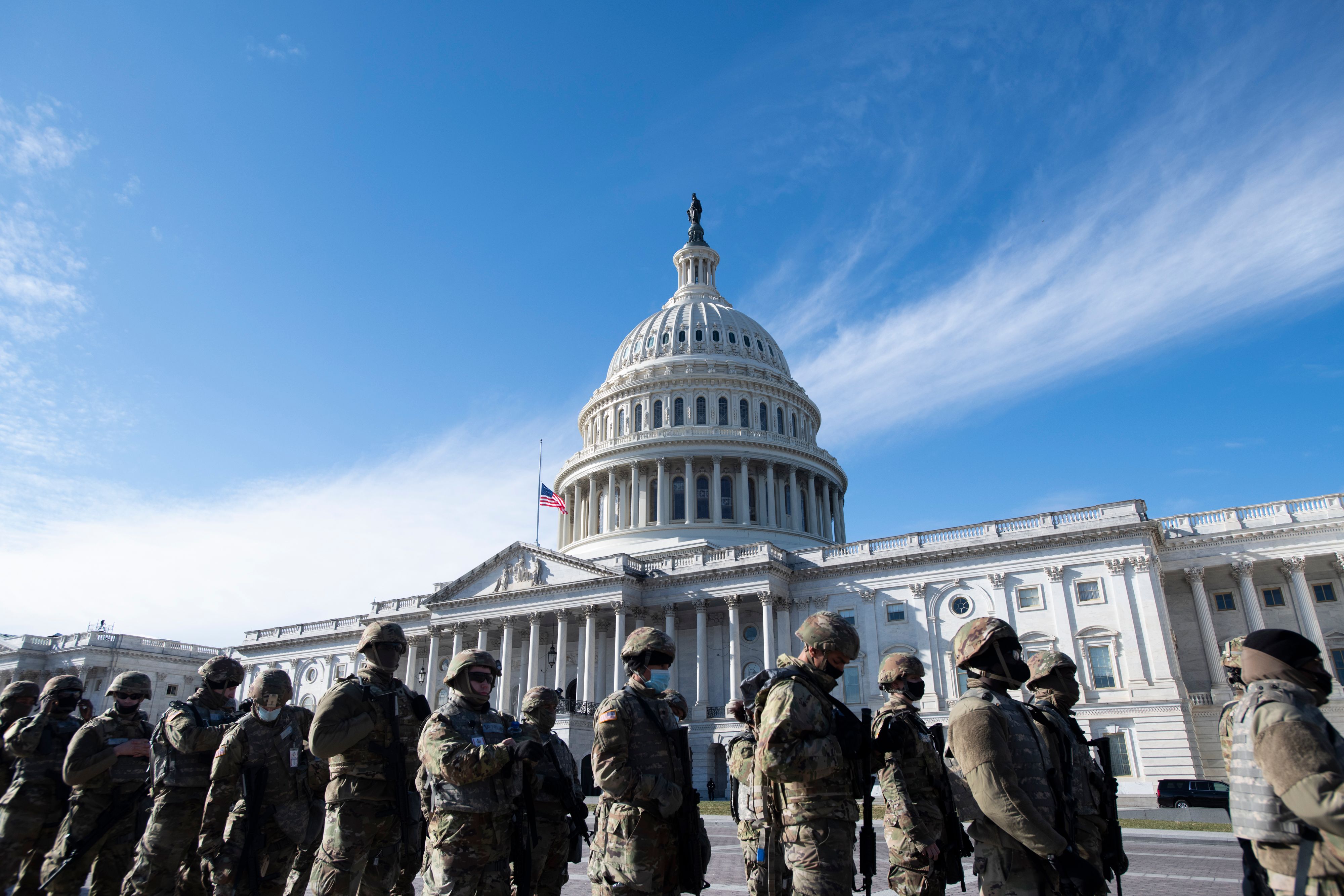 Biden's Inauguration Goes Off With No Security Issues