911 Call Amid Training at Base Sets Off Active Shooter Fears

The caller thought there was an incident occurring within the base hospital,

A 911 call at a sprawling Air Force base on Thursday sent armored vehicles and unmarked police cars rushing to a medical center where people hid behind locked doors until authorities determined there was no threat.

During an extensive search after the call, a security team member shot through a locked door while checking rooms throughout the hospital, according to officials at Wright-Patterson Air Force Base.

The call came during a training exercise that included an active shooter scenario in another area of the base at least a half-mile away, said Daryl Mayer, a base spokesman. 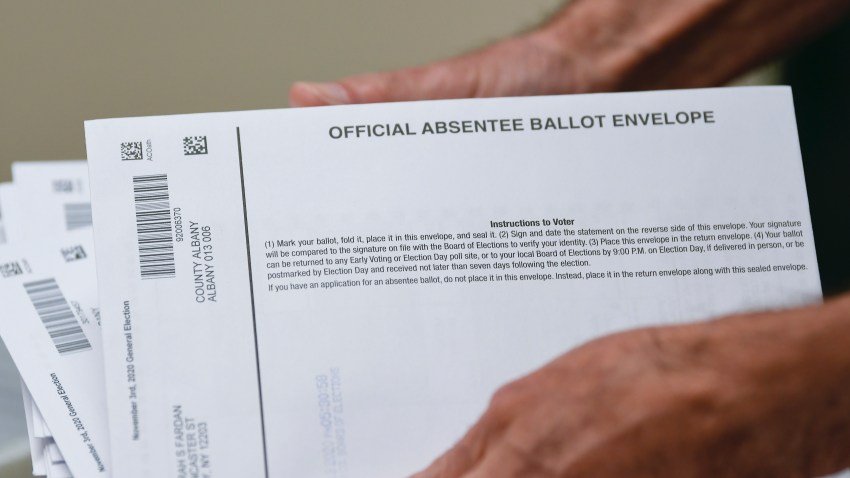 So far, it's not clear why the 911 call was made from inside the base or whether it was prompted by the training exercise, he said.

Initial tweets from the base and authorities saying security forces were responding to an active shooter report set off a scare at Wright-Patterson, which is Ohio's largest single-site employer with more than 27,000 civilian employees and military personnel.

Some workers said via Twitter that they were locked down and hiding in their offices.

Within about two hours, service members and medical workers began leaving the hospital with their hands in the air and stood outside the building.

The base's commander, Col. Thomas Sherman, said security forces stopped their training exercise and responded to the hospital after the 911 call. After security searched the hospital, which had been on lockdown, they determined there had been no active shooter.

"I wouldn't say anything went wrong in this case," Sherman said, adding that there will be an investigation into the entire response.

Wright-Patterson first tweeted that emergency units responded to a "reported incident" around 12:40 p.m. An hour later, they said it was a reported active shooter incident and personnel were instructed to shelter in place.

The Bureau of Alcohol, Tobacco, Firearms and Explosives along with the Ohio State Highway Patrol and local police sent crews to the base, which was the site where the Dayton Peace Accords were finalized in 1995, an international peace agreement that ended the war in Bosnia.

In June 2017, a mistaken report of a shooter prompted the lockdown of Travis Air Force Base in California in the midst of an emergency training exercise.

The base ordered people to shelter in place and lock their doors and windows. Gates were closed for more than an hour before the all-clear was given at the site 45 miles (72 kilometers) northeast of San Francisco.