US Hits Venezuela Officials With Sanctions for Blocking Aid

The Trump administration imposed sanctions Friday on six high-ranking members of the Venezuelan security forces and revoked the visas of other officials and their relatives in the latest effort to pressure President Nicolas Maduro into leaving office.

The sanctions are in response to the blocking of humanitarian aid convoys last week while the visa revocations on "numerous" individuals are intended to punish people who have flourished amid the South American country's dire economic crisis, Elliott Abrams, the special representative for Venezuela, told reporters.

"Maduro supporters that abuse or violate human rights, steal from the Venezuelan people or undermine Venezuela's democracy are not welcome in the United States," Abrams said. "Neither are their family members who enjoy a privileged lifestyle at the expense of the liberty and prosperity of millions of Venezuelans."

The measures were the latest by the Trump administration to increase the international pressure on Maduro, whose re-election last year is seen as illegitimate, to resign and turn power over to the opposition leader Juan Guaido, who has been recognized by the U.S. and 50 other government as interim president. 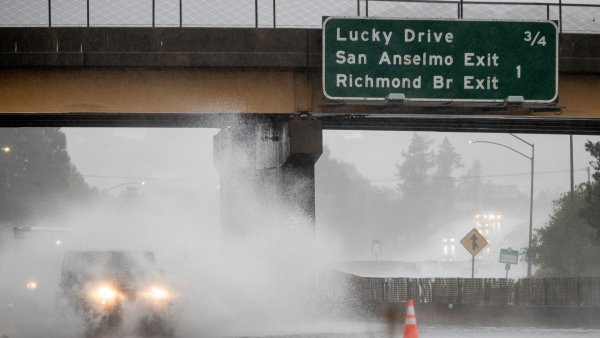 Abrams declined to release the names, or even the number, of people whose travel visas are being revoked, citing privacy regulations. He said the list included "dozens" of Venezuelans who could be subject to deportation if they are in the country.

The U.S. already has travel bans on other high-ranking Venezuelan officials connected to Maduro who are accused of committing human rights abuses or corruption.

Separately, the Treasury Department imposed financial sanctions on six officials from the National Guard and police who are allied with Maduro and played a role in closing Venezuela's borders with Brazil and Colombia to prevent assistance from countries opposed to his continued rule from entering.

Friday's action targets six security officials "who control many of the groups that prevented humanitarian aid from entering Venezuela, thereby exacerbating the humanitarian crisis that has left millions of Venezuelans starving and without access to medical care under the Maduro regime," Treasury said in a statement.

The sanctions block any assets they have in U.S. jurisdictions and bar Americans from conducting financial transactions with them.

The men are part of security forces that have remained loyal to Maduro and are essential to his hold on power of the once-prosperous country.

Guaido had announced that last weekend's attempt to deliver U.S.-supplied humanitarian aid from Colombia into Venezuela would be politically decisive, but Maduro called the aid part of a scheme to overthrow his government.

Maduro has denounced his opponents as killers and criminals in fiery speeches reminiscent of the style of his predecessor and mentor, Hugo Chavez.