How the Sept. 11 Attacks Would Shape Biden's Presidency

For Biden, a failed presidential candidate whose political career appeared to have peaked, the attacks marked a new phase of his public life

For then-Sen. Joe Biden, Sept. 11, 2001, started like most days: riding the 8:35 a.m. Amtrak to work. He had a relatively quiet day planned, including meetings with constituents and a nomination hearing.

The second tower was hit.

The terrorist attacks that day shattered Americans' sense of security and ushered in an era of nebulous threats, hidden enemies and a seemingly never-ending war on terror. And for Biden, a failed presidential candidate whose political career appeared to have peaked, they marked a new phase of his public life. 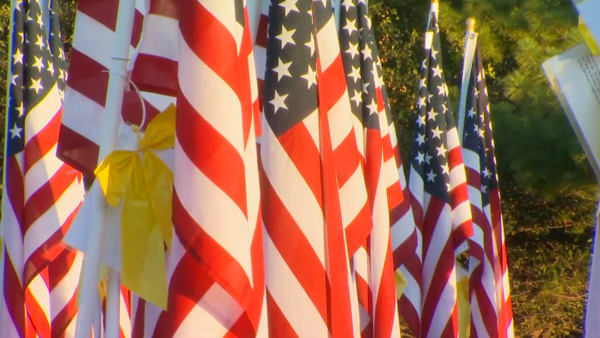 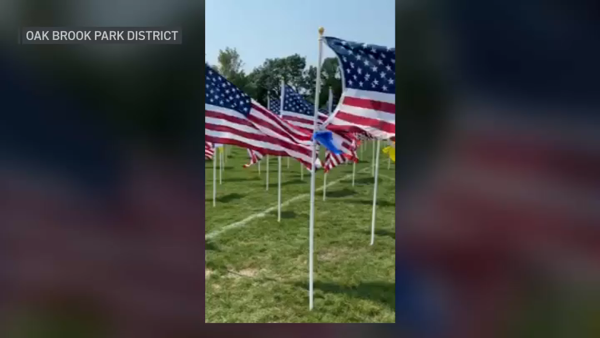 The Delaware senator and chairman of the Foreign Relations Committee would devote even more energy to international affairs. He would point to that experience during his ultimately successful White House bid last year to portray himself as a seasoned statesman who could restore American stability and prestige. And it would inform his controversial decision to withdraw from Afghanistan, effectively ending the war that began in the wake of the terror attacks.

None of those twists, however, seemed inevitable when Biden's train arrived at Washington's Union Station on Sept. 11.

As he entered the city, he saw smoke in the sky from another plane that had struck the Pentagon. His first instinct, and the one that guided his actions in the dark days and weeks to come, was to reassure — his family, his staff, but most of all average Americans concerned about their future in a country seemingly under siege.

Biden marched up to the steps of the Senate, wanting to get onto the Senate floor.

He later said that “I thought it was awfully important that the Senate be in session. That people see us. That they could turn on their TV and see where we were.”

But the Capitol and the surrounding complex of offices and official buildings, including the Supreme Court, had been evacuated, and Biden was turned away by Capitol police, who said there was a risk that the Capitol could be attacked next.

So instead, he took his message to the streets around the Capitol.

Biden's former press secretary Margaret Aitken spent the morning by his side, fielding requests from reporters to speak with the chairman of the Senate Foreign Relations Committee, and watched as Biden spent hours talking to his colleagues, staffers and even tourists on the streets about what had happened.

“People were stopping him on the street and saying, ‘Are we alright? Are we going to be okay?’” she recalled.

Initially, both President George W. Bush and Vice President Dick Cheney were taken to undisclosed locations and had yet to address the nation extensively about the situation, so Biden’s priority, Aitken said, “was to make sure that people knew that the U.S. government was up and operational and functioning.”

Biden's daughter, Ashley, called him panicked, telling him there were reports of another plane coming for the Capitol. “Get out of there,” she implored him, but he resisted, telling her “this is the safest place to be.” Shortly after, the fourth plane came down in Pennsylvania.

Later in the day, Biden joined a few dozen lawmakers at the Capitol police headquarters near Union Station, where he found Philadelphia Rep. Bob Brady, a longtime friend. After the chaotic morning, Brady said Biden was “a sight for sore eyes.”

Brady said they largely spent the time watching news coverage, and so both decided to leave, with Biden planning to hitch a ride home with Brady. They walked out directly into a group of waiting reporters, and Brady and the other lawmakers pushed Biden to speak.

“I looked at him and said, you’re the boss, man, you’re the highest one here,” Brady recounted.

Facing the cameras, Biden again called for calm. He cautioned against making quick judgments of the situation, expressed support for Bush and said the most important thing was for the government to be back up and running “as quickly as we can.”

As they hopped in a van, Biden got a call from Bush and he used the moment to recount a story about Charles de Gaulle standing tall in the midst of gunfire during a parade at the end of World War II, giving the French people confidence. He told Bush: “Come back to Washington.” The president eventually did, late that night, but Biden wrote in his memoir that his initial absence made him “less sure that President Bush could provide the wisdom and judgment this new reality demanded.”

Brady and Biden spent the rest of the ride to Wilmington listening to the radio and talking about the future, “trying to piece together what the hell was going to happen next.” The congressman dropped Biden off at the Wilmington Amtrak station. But his day wasn’t over yet.

Brian McGlinchey, a special assistant and projects director for Biden, had spent the afternoon in the senator’s district office with about a dozen other staffers taking phone calls from worried constituents. They planned to stay late into the night, and were weary after hours of fielding questions they struggled to answer.

Just as the day was turning to night, McGlinchey recounted, “lo and behold, who walks in the doors with Gerardo’s pizza but the man himself.”

Biden, shirtsleeves rolled up but tie still on, had brought a dozen pizzas from one of his favorite Wilmington shops and a message of encouragement for his staff.

“We’re gonna get through this,” he told them. “Dark days are not always going to be in front of us.”

“And honest to God, it was like somebody flipped a switch. We really needed that,” McGlinchey said.

Biden told them he was proud of their work, and talked about “what it means to be an American, and how we shine in these kinds of defining moments.” McGlinchey gave Biden a hug. The senator left for home, but his staff, newly energized, stayed at the office until midnight.

His message to staff was one Biden would bring to Americans again and again in the coming weeks, with an appearance on Oprah Winfrey’s show, endless television interviews and speeches at colleges and universities across Delaware. On Sept. 19, he delivered a speech at the University of Delaware that held early echoes of the message he’d bring again decades later as president, to Americans facing new crises at home and abroad.

“This isn’t a time for fear," he said. “This is a time to keep going, not to retreat; to mourn those who died, but not to despair. It’s a time for resolve, but not remorse. But most importantly, it’s a time to unite and not debate, because we all know what we have to do.”