“This is a signal that concerns about the Chinese policy toward the Uighur minority in China is growing, and there is worldwide concern,"

Nearly 40 mainly Western countries criticized China’s treatment of minority groups, especially in Xinjiang and Tibet, on Tuesday and expressed grave concern at the impact of its new national security law on human rights in Hong Kong.

The United States, many European countries, Japan and others called on China to allow “unfettered access” to Xinjiang for independent observers including U.N. human rights chief Michelle Bachelet, and to urgently refrain from detaining Uighurs and members of other minorities.

The 39 countries also urged China in a joint statement read at a meeting of the General Assembly’s human rights committee, “to uphold autonomy, rights and freedoms in Hong Kong, and to respect the independence of the Hong Kong judiciary.”

Their statement, read by German Ambassador Christoph Heusgen, was immediately followed by a statement from Pakistan on behalf of 55 countries opposing interference in China’s affairs when it comes to Hong Kong. It said the territory is part of China, and the national security law ensures China’s “one country, two systems” policy on Hong Kong is enduring.

Cuba followed with a statement on behalf of 45 countries supporting China’s counter-terrorism and deradicalization measures in Xinjiang. It said measures taken by China in response to threats of terrorism and extremism were carried out within the law to safeguard the human rights of all ethnic groups in the province. 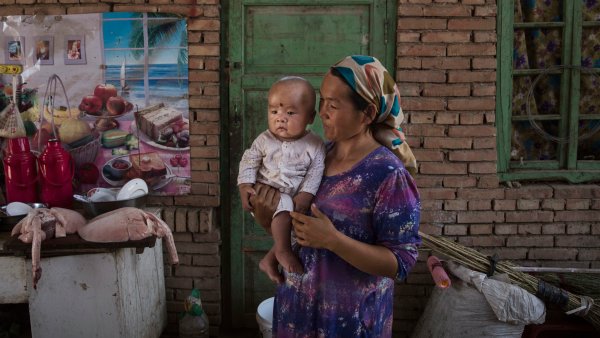 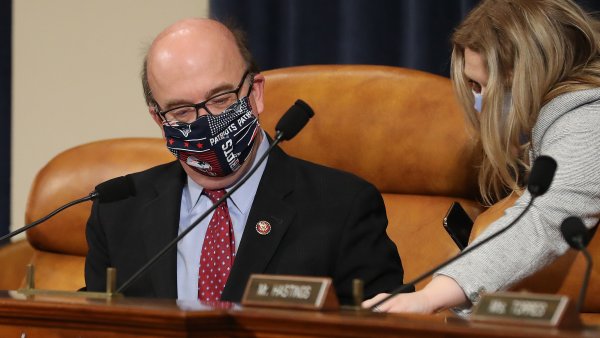 Congress Seeks to Block Goods From China Over Forced Labor

Among the countries signing both the Pakistani and Cuban statements were Russia, Syria, North Korea, Venezuela and Cuba.

The rival statements spotlight tensions between China and the West over human rights. Those tensions have escalated especially between the United States and China, and include other issues including responsibility for the COVID-19 pandemic, trade, and Beijing’s actions in the South China Sea.

The predominantly Western statement said its 39 signatories shared the concerns expressed by 50 independent U.N. human rights experts in an “extraordinary letter” in June in which they urged the international community to “take all appropriate measures” to monitor China and “act collectively and decisively” to ensure its government respects human rights.

They raised concerns including Beijing’s treatment of ethnic minorities in Tibet and Xinjiang, allegations of excessive force against protesters, reports of retaliation against people who spoke out about the coronavirus outbreak, and Hong Kong’s then proposed new security law.

The 39 nations on Tuesday expressed grave concern “about the existence of a large network of 'political re-education’ camps where credible reports indicate that over a million people have been arbitrarily detained” in Xinjiang, and increasing reports of “gross human rights violations.”

“There are severe restrictions on freedom of religion or belief and the freedoms of movement, association, and expression as well as on Uighur culture,” they said. “Widespread surveillance disproportionately continues to target Uighurs and other minorities and more reports are emerging of forced labor and forced birth control including sterilization.”

Protests in Hong Kong have sparked anew after China's legislature approved a proposal to impose a controversial national security law in Hong Kong that critics fear could undermine the city's autonomy.

On Hong Kong, the mainly Western nations said they shared concern with another group of U.N. experts that the National Security Law “doesn’t conform to China’s legal obligations” and allows for certain cases to be transferred for prosecution to the Chinese mainland.

They urged Chinese authorities to guarantee the rights protected by the International Covenant on Civil and Political Rights and the Sino-British Joint Declaration which transferred British control of Hong Kong to China, “including freedoms of speech, the press and assembly.”

China rejected the June statement and has pushed back on any outside interference in Hong Kong.

He lashed out especially at the Trump administration, saying “your despicable acts are completely at odds with the trend of history” and that “blaming China cannot cover up your poor human rights records.”

President Donald Trump on Tuesday signed a bill and executive order that he says will hold China accountable for its oppressive actions against the people of Hong Kong. "[Hong Kong's] freedom's been taken away, their rights have been taken away and with it goes Hong Kong in my opinion," he said.

He pointed to the more than 200,000 U.S. deaths from COVID-19, racial discrimination and police violence in the U.S., and alleged war crimes calling the United States “the most belligerent country in the world.”

He said last year's statement only on the Uighurs was backed by 23 countries while this year's broader statement including Hong Kong has 39 supporters.

“This is a signal that concerns about the Chinese policy toward the Uighur minority in China is growing, and there is worldwide concern," Heusgen told reporters.

It also sends a signal that China should stop tearing down mosques and stop forced labor and forced birth control, he said.