Jackson recited the two oaths required of Supreme Court justices, one administered by retiring Justice Stephen Breyer and the other by Chief Justice John Roberts

Ketanji Brown Jackson was sworn in to the Supreme Court on Thursday, shattering a glass ceiling as the first Black woman on the nation’s highest court.

The 51-year-old Jackson is the court’s 116th justice and she took the place Thursday of the justice she once worked for. Justice Stephen Breyer’s retirement took effect at noon.

Moments later, joined by her family, Jackson recited the two oaths required of Supreme Court justices, one administered by Breyer and the other by Chief Justice John Roberts.

“With a full heart, I accept the solemn responsibility of supporting and defending the Constitution of the United States and administering justice without fear or favor, so help me God,” Jackson said in a statement issued by the court. “I am truly grateful to be part of the promise of our great Nation. I extend my sincerest thanks to all of my new colleagues for their warm and gracious welcome.”

Roberts welcomed Jackson “to the court and our common calling.” The ceremony was streamed live on the court's website. 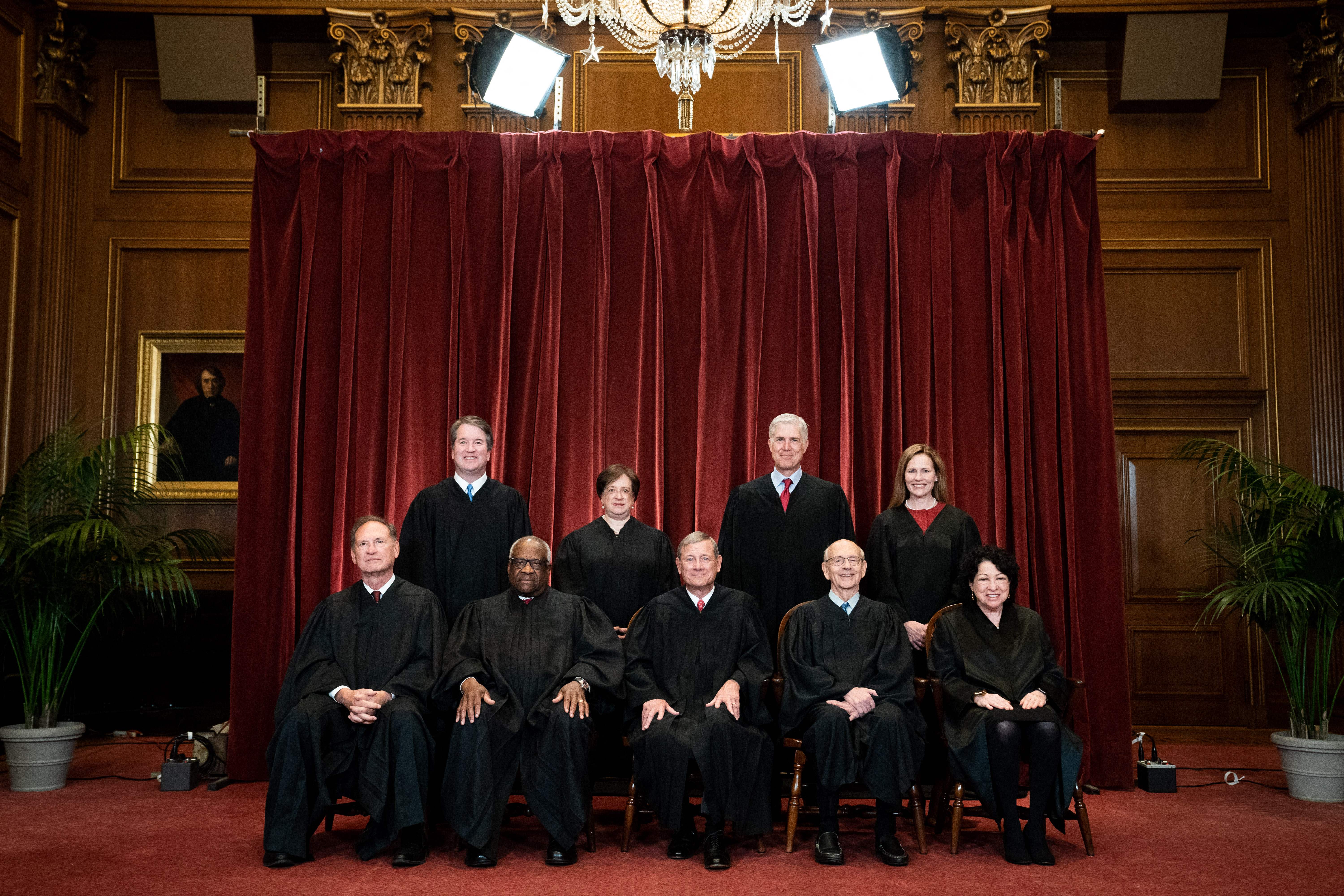 Jackson, a federal judge since 2013, is joining three other women, Justices Sonia Sotomayor, Elena Kagan and Amy Coney Barrett — the first time four women will serve together on the nine-member court.

Biden nominated Jackson in February, a month after Breyer, 83, announced he would retire at the end of the court's term, assuming his successor had been confirmed. Breyer's earlier-than-usual announcement and the condition he attached was a recognition of the Democrats' tenuous hold on the Senate in an era of hyper-partisanship, especially surrounding federal judgeships.

The Senate confirmed Jackson's nomination in early April, by a 53-47 mostly party-line vote that included support from three Republicans.

"I think we all understand that people in this country don't experience life or law in the same way," says Tiffany Jeffers, a professor at Georgetown University's law school. With the nomination of Ketanji Brown Jackson, a Black woman, to the Supreme Court, the historically white court might hear new perspectives, Jeffers says. Jackson, a former clerk for retiring Justice Stephen Breyer, is known for her common sense and deep belief in the U.S. Constitution.

She has been in a sort of judicial limbo ever since, remaining a judge on the federal appeals court in Washington, D.C., but not hearing any cases. Biden elevated her to that court from the district judgeship to which she was appointed by President Barack Obama.

Jackson will be able to begin work immediately, but the court will have just finished the bulk of its work until the fall, apart from emergency appeals that occasionally arise. That will give her time to settle in and familiarize herself with the roughly two dozen cases the court already has agreed to hear starting in October as well as hundreds of appeals that will pile up over the summer.

The court issued final opinions earlier Thursday after a momentous and rancorous term that included overturning Roe v. Wade’s guarantee of the right to an abortion. One of Thursday’s decisions limited how the Environmental Protection Agency can use the nation’s main anti-air pollution law to reduce carbon dioxide emissions from power plants, a blow to the fight against climate change.