It's last or-derrrs for John Bercow.

The speaker of Britain's House of Commons, who has become a global celebrity and online meme-magnet for his loud ties, even louder voice and star turn at the center of Britain's Brexit drama, stepped down on Thursday after 10 years in the job.

Bercow closed business on his final day in the post with words that have become synonymous with him: "Order, order." 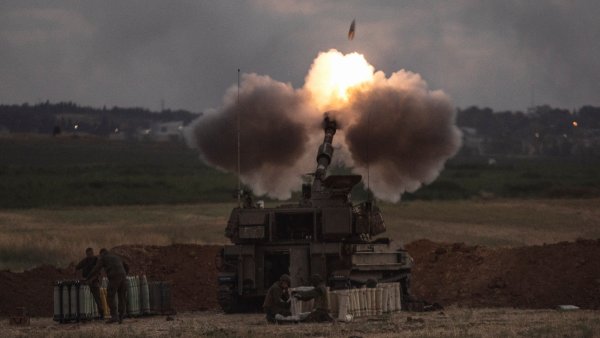 Some lawmakers were sad to see him go, but others were delighted. With his innovative interpretation of the role, Bercow has become a hero to opponents of leaving the European Union, a villain to Brexit advocates and a thorn in the side of Britain's Conservative government.

"He has as many detractors as he has people who worship the floor that he walks on," said Sebastian Whale, author of a "Call to Order," a forthcoming biography of Bercow. "And that's the nature of the man. He is the speaker for the times. He's divisive, abrasive and controversial."

Prime Minister Boris Johnson paid Bercow a respectful but barbed tribute in the House of Commons on Wednesday. He said the tennis-loving Bercow wasn't just "a commentator offering your own opinions on the rallies you are watching, sometimes acerbic and sometimes kindly, but above all as a player in your own right."

"Although we may disagree about some of the legislative innovations you have favored, there is no doubt in my mind that you have been a great servant of this Parliament and this House of Commons," Johnson said.

Bercow, the 157th House of Commons speaker, transformed the centuries-old role, whose powers include running Commons business, calling on lawmakers to speak — or making them shut up — overseeing votes and ruling on questions of parliamentary procedure.

Elected to the post on June 22, 2009, as the reputation of British politics was tarnished by an expenses scandal, Bercow took a more activist role than many of his predecessors. Seeing himself as the champion of Parliament against the executive branch, he took every opportunity to let lawmakers hold the government to account.

Under his guidance, urgent questions to ministers and emergency debates on big issues, once rare, became commonplace. At crucial moments in the Brexit process, Bercow allowed lawmakers to seize control of Parliament's agenda. One such intervention led to the law that forced Johnson to ask for a three-month delay to Brexit, postponing Britain's departure from the bloc until Jan. 31.

"John Bercow said from the beginning, 'I want to be the champion of the backbenchers. I want to give backbenchers and Parliament a voice," said Bronwen Maddox, director of independent think-tank the Institute for Government. "It was when he began running across conventions — changing conventions in ways that shape the Brexit process — that it all got very, very controversial."

A London cab driver's son who began his career in the 1980s as a right-wing acolyte of Conservative Prime Minister Margaret Thatcher, Bercow became a modernizing speaker and sought to rein in the rowdy, booze culture of Parliament.

During his tenure, late-night hours were scaled back and a nursery was set up for the children of lawmakers and staff. He appointed the first black woman to the post of chaplain of the House of Commons and he clamped down on some lawmakers' noisier heckling.

Labour Party leader Jeremy Corbyn said Bercow had transformed Parliament "from being a gentleman's club that happens to be in a royal palace to a genuinely democratic institution."

But he was also accused by some who had worked with him of bullying — allegations that he denies.

Whale said Bercow, 56, is a complex character "from a very right-wing, staunch Thatcherite to a center, even center-left, soft Tory."

He angered some on the political right by saying in 2017 that President Donald Trump shouldn't be allowed to address Parliament, an honor given to some of his predecessors.

"He was bullied at school, and I think when you understand that, you can start to really understand the man," Whale said. "I think he has an antipathy towards the powerful using their majority for means that he thinks aren't correct or right. You can see that with how he stands up to government.

"I think also, coming from a relatively working-class background — his dad was a taxi driver — you can see how he's always wanted to be part of the establishment as yet had problems with it."

Britain's decision in 2016 to leave the European Union made Bercow a star — and a figure of controversy. The speaker is supposed to be impartial, but Bercow revealed in 2017 that he had voted to remain in the EU. That helped fuel claims by Brexit-backing politicians that he favored pro-EU lawmakers in his decisions.

He pointed out, however, that he had often championed the rights of the Brexiteers when they were in the minority.

"Throughout my time as speaker, I have sought to increase the relative authority of this legislature, for which I will make absolutely no apology to anyone, anywhere, at any time," Bercow said when he announced his resignation in September.

Brexit gave Bercow a platform, but his personal style made him a star. As the twisting political drama unfolded, millions around the world became familiar with Bercow's bellowing cries of "Or-derrr!" and "The ayes have it!" and his rhetorical flourishes. One of his favorites is to tell off heckling lawmakers for "chuntering from a sedentary position."

Whale said Bercow modeled some of his verbal flourishes on characters in the Jane Austen novels that he loves.

"But that's just who he is, he's a kind of eccentric character," Whale said. "And as I understand it, he's like that in private as he is in public. He doesn't necessarily change because the camera's on him. He just is that kind of slightly bewildering character from a different age."

Bercow's replacement will be elected by lawmakers on Monday from among the 650 members of Parliament. There are nine candidates, including Bercow's three deputy speakers.

Maddox said "the Commons may well go for a safe pair of hands after this and someone less controversial."

"But the questions are still there," she said. "What exactly is the speaker's discretion to decide when backbenchers can bring an amendment to a government motion and not? And exactly what powers does Parliament have compared to the government?"