Election Results Are Delayed Again. Get Used to It.

“Americans need to learn a little patience," says Josh Douglas, a law professor at the University of Kentucky who studies voter rights. "The fact of not knowing who won right away is the process actually working”

Kentucky and New York had primaries Tuesday, but the winners of the closest races probably won't be known until next week. What's going on?

Get used to it. Slow vote counts and delayed results are a feature of elections during the pandemic and are likely to continue into the general election in November, when many election officials say that, absent a landslide, it won't be clear who won the presidential election for several days.

Some Republicans claim that voting by mail increases fraud, but the evidence just doesn’t support those claims. So what’s the disconnect?

“Americans need to learn a little patience," said Josh Douglas, a law professor at the University of Kentucky who studies voter rights. "The fact of not knowing who won right away is the process actually working.”

In short, more Americans are voting by mail — heeding health officials' warnings that close contact at polling places could spread the coronavirus — and mail ballots take longer to count.

Officials have to process the ballots before they can count them. Election workers must open them, make sure the voter is registered and filled out the correct ballot, and perform any required security checks such as verifying signatures -- all the things that poll workers do when voters show up at neighborhood polling places.

Some states have laws that limit when election officials can even start this process. In New York, election officials don't start processing mailed ballots until after Election Day. Both New York and Kentucky plan to release the results of mail ballots on June 30, though don't be surprised if there are further delays.

Finally, if the signatures on the mailed-in envelopes and ballots don't match the ones on file, voters have the opportunity to “cure” them — prove in person that they were the ones who actually sent them in. That also takes time.

WHY DO WE KNOW SOME WINNERS AND NOT OTHERS?

The Associated Press has long declared winners based on partial election results. But with so many outstanding votes in Kentucky and New York, the AP was only able to declare winners in the most lopsided races. Those races included Senate Majority Leader Mitch McConnell’s victory in the Republican primary in Kentucky, and New York Rep. Alexandra Ocasio-Cortez’s win over a challenger in the Democratic primary there.

But most of the high-profile races in each state were more competitive. That’s why the AP did not call a winner on election night in the Kentucky Democratic Senate primary between Amy McGrath and Charles Booker, or in the Democratic primary in New York’s 16th Congressional District between the incumbent, Rep. Elliot Engel, and Jamaal Bowman.

DOES IT HAVE TO TAKE THIS LONG TO COUNT BALLOTS?

No. Some states have specifically tried to speed up the vote count. Some allow workers to process mail ballots well before Election Day, and that often means they can post the results quickly — even faster than it takes to count in-person votes cast at neighborhood polling places.

But adjusting the timing of the count isn't the only issue. Sometimes the holdup is about money. Many states are scrambling to revamp their voting systems to prepare for a flood of mail-in ballots. But spending on new equipment, additional staff, and masks and other protective equipment is hard to come by for states with budgets ravaged by the pandemic. Congress is debating whether to send money to states to help, but it's been tied up and might not arrive soon.

WHAT DOES THIS MEAN FOR NOVEMBER?

All the factors delaying the count in Kentucky and New York are present in presidential battleground states this November.

Many are expected to go from a relatively low rate of mail voting to the majority of ballots being cast that way. The key swing states of Michigan and Pennsylvania have laws preventing mail votes from being processed early. And Democrats are pushing courts to require states to count ballots that arrive after Election Day, ensuring that a large number of votes wouldn't be in election officials' hands when polls close.

That might not matter in a blowout. But the winner in a close presidential race could take days to resolve.

Meanwhile, President Donald Trump has continued to cast doubt on the propriety of elections held by mail — citing no evidence, but still laying the groundwork to claim voter fraud should he be defeated at the polls.

“This will be, in my opinion, the most corrupt election in the history of our country,” Trump said on Tuesday. “And we can not let this happen.”

That sort of rhetoric from the president, combined with a drawn-out vote count, could sow distrust among voters. 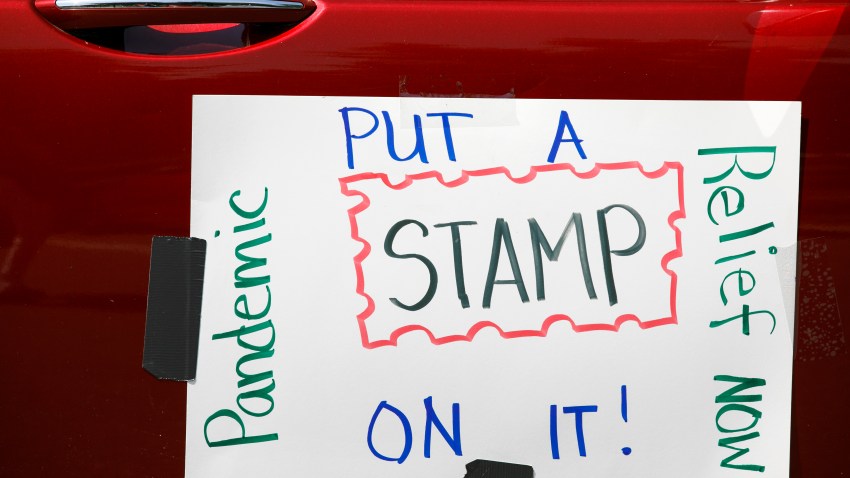 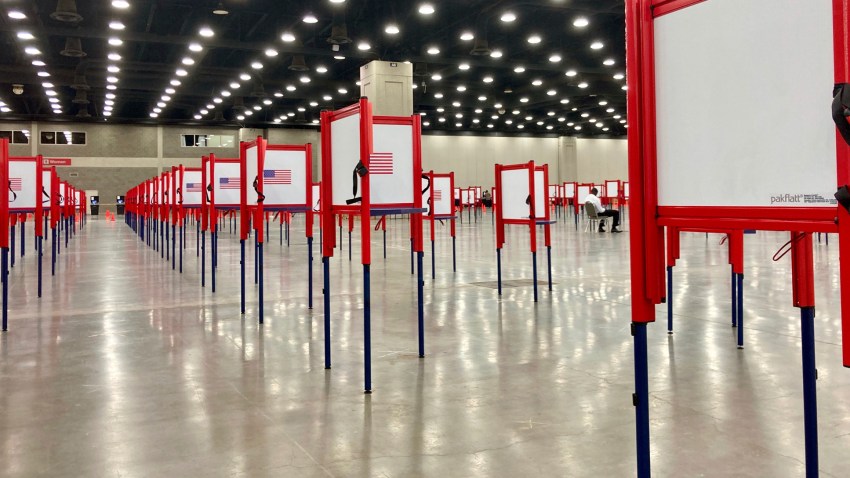