Despite Virus Threat, Black Voters Wary of Voting by Mail

For many, historical skepticism of a system that tried to keep Black people from the polls and worries that a mailed ballot won't get counted outweigh the prospect of long lines and health dangers from a virus that's disproportionately affected communities of color

Despite fears that the coronavirus pandemic will worsen, Victor Gibson said he's not planning to take advantage of Michigan’s expanded vote-by-mail system when he casts his ballot in November.

The retired teacher from Detroit just isn't sure he can trust it. Many Black Americans share similar concerns and are planning to vote in person on Election Day, even as mail-in voting expands to more states as a safety precaution during the pandemic.

For many, historical skepticism of a system that tried to keep Black people from the polls and worries that a mailed ballot won't get counted outweigh the prospect of long lines and health dangers from a virus that's disproportionately affected communities of color. Ironically, suspicion of mail-in voting aligns with the views of President Donald Trump, whom many Black voters want out of office.

Trump took it a step further Tuesday, suggesting a “delay” to the Nov. 3 presidential election — which would take an act of Congress — as he made unsubstantiated allegations in a tweet that increased mail-in voting will result in fraud.

“I would never change my mind” about voting in person in November, said Gibson, who is Black and hopes Trump loses. “I always feel better sliding my ballot in. We’ve heard so many controversies about missing absentee ballots.”

When asked about his call to try to delay the election, President Trump repeated unsubstantiated claims that mail-in voting leads to increased instances of voter fraud.

Decades of disenfranchisement are at the heart of the uneasy choice facing Black voters, one of the Democratic Party’s most important voting groups. Widespread problems with mail-in ballots during this year's primary elections have added to the skepticism at a time when making Black voices heard has taken on new urgency during a national reckoning over racial injustice.

Patricia Harris of McDonough, Georgia, south of Atlanta, voted in person in the primary and said she will do the same in November.

“I simply do not trust mail-in or absentee ballots,” said Harris, 73, a retired event coordinator at Albany State University. “After the primary and the results were in, there were thousands of absentee ballots not counted.”

In Georgia, roughly 12,500 mail-in ballots were rejected in the state's June primary, while California tossed more than 100,000 absentee ballots during its March primary.

Reasons vary, from ballots being received after the deadline to voters' signatures not matching the one on file with the county clerk. Multiple studies show mail-in ballots from Black voters, like those from Latino and young voters, are rejected at a higher rate than those of white voters.

In Wisconsin's April primary, thousands of voters in Milwaukee said they didn't receive absentee ballots in time and had to vote in person. Lines stretched several blocks, and people waited two hours or more. 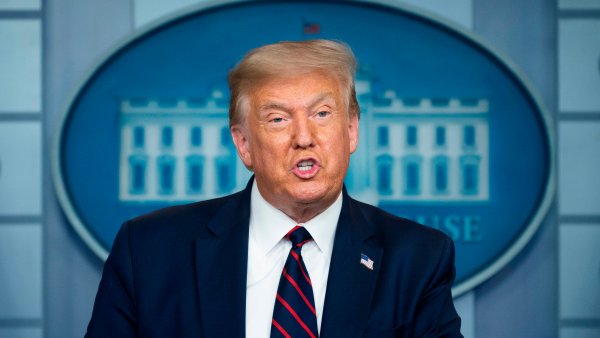 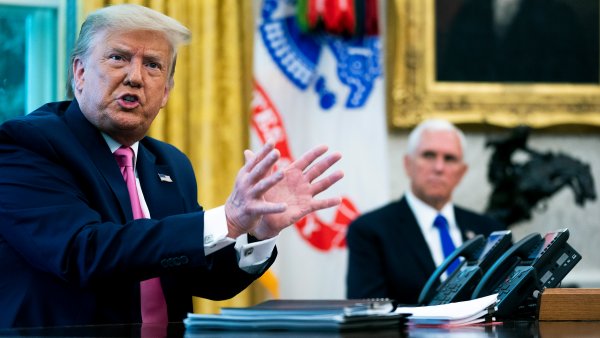 In Kentucky's June primary, more than 8,000 absentee ballots were rejected in Jefferson County, which includes Louisville.

Many people in Louisville's historically Black West End neighborhood voted in person because they didn't receive an absentee ballot or simply wanted to vote in a way that was familiar to them, said Arii Lynton-Smith, an organizer with Black Lives Matter Louisville.

“That’s particularly why we knew we had to have the poll rides as an option,” she said, referring to groups offering voters free transportation to polling places. “It’s not as easy to do an absentee ballot and the things that come along with it than it is to just go in person.”

Mistrust by Black voters runs deep and is tightly bound within the nation’s dark past of slavery and institutional racism.

Black people endured poll taxes, tossed ballots, even lynchings by whites intent on keeping them from voting. Over the decades, that led to a deep suspicion of simply handing off a ballot to the post office. Black people were the demographic least likely to cast votes by mail in 2018, with only 11% using that method, according to the U.S. Census Bureau. By comparison, 24% of whites and 27% of Latinos reported voting by mail that year.

“For Black folks, voting is almost like a social pride because of the way they were denied in the past,” said Ben Barber, a researcher and writer for the Institute for Southern Studies in Durham, North Carolina.

There’s a lot of concern over the huge number of votes that will be cast by mail in this fall’s presidential election. But there’s also reason for optimism, as NBCLX’s Noah Pransky reports.

Among the places where Black voters say they have had to overcome institutional obstacles is Shelby County, Tennessee, which includes Memphis. In the past, voters have received ballots for the wrong district, and groups have sued to challenge the security of electronic voting machines, invalidation of voter registration forms and failure to open polling places near predominantly Black neighborhoods.

The Rev. Earle Fisher, senior pastor at Abyssinian Missionary Baptist Church in Memphis and a prominent Black civil rights activist, is one of the plaintiffs in a state lawsuit calling for mail-voting access for everyone. He said he's not pushing his community to vote by mail but wants to ensure it's an option given the health dangers.

To ease doubts, he wants voters to be able to drop off their ballot at a polling place so they won't have to worry about the post office delivering it on time.

“I would like to see every righteous and creative method and measure taken, but we are up against a voter suppression apparatus that oftentimes is orchestrated by, or at least sustained by, people who are elected or appointed to office,” Fisher said.

Trump has made clear he believes widespread mail-in voting would benefit Democrats. He has alleged — without citing evidence — that it will lead to massive fraud, and the Republican National Committee has budgeted $20 million to fight Democratic lawsuits in at least 18 states aimed at expanding voting by mail.

The extent to which Black voters adopt it in November is likely to be dictated by the coronavirus. As infections surge, there are signs more Black voters may be willing to consider the option. In Detroit, for example, about 90,000 requests for mail-in ballots have been made so far — the most ever, City Clerk Janice Winfrey said.

Mail could be delayed a day or more under proposed changes suggested by the new postmaster general, according to documents obtained by The Associated Press.

How well the option is promoted also is important. In 2018, Democrat Stacey Abrams’ campaign mailed 1.6 million absentee ballot requests to Georgia voters during her unsuccessful bid for governor, emphasizing that it was a safe, easy way to vote.

Record numbers of Black voters voted by mail in that election. That shows they will embrace the process if they hear from friends and family that it works, said Lauren Groh-Wargo, Abrams’ campaign manager.

NAACP President Derrick Johnson praised how Abrams was able to bridge that gap but said this year is different. The model can’t be replicated nationwide before Nov. 3, he said.

“Stacey did a good job in the four years leading up to 2018 to build out a program to get it done,” Johnson said. “The runway between now and November isn’t long enough to get it done."