Costly Child Care Is Keeping Parents Out of the Workforce, Hampering the Economy

The absence of reliable and affordable child care has contributed to a labor shortage, which in turn has hurt businesses and made it more difficult for customers to access goods and services

After Bryan Kang’s son was born in July, the occupational therapist and his wife, a teacher, started looking for child care in the Los Angeles area. The couple called eight day care centers: Some didn't have spots for months; others stopped taking their calls and some never answered at all.

So with no viable options, Kang scrambled to find a new job that would allow him to work remotely.

“I told my manager, ‘Hey, by the end of the month, I have to transition out,’" Kang said. "They were very supportive and very understanding because they’re all mothers. But now there’s one less body to see patients.”

Kang said he's fortunate he found a job teaching online classes, but the unexpected career pivot forced him to take an 11% pay cut. 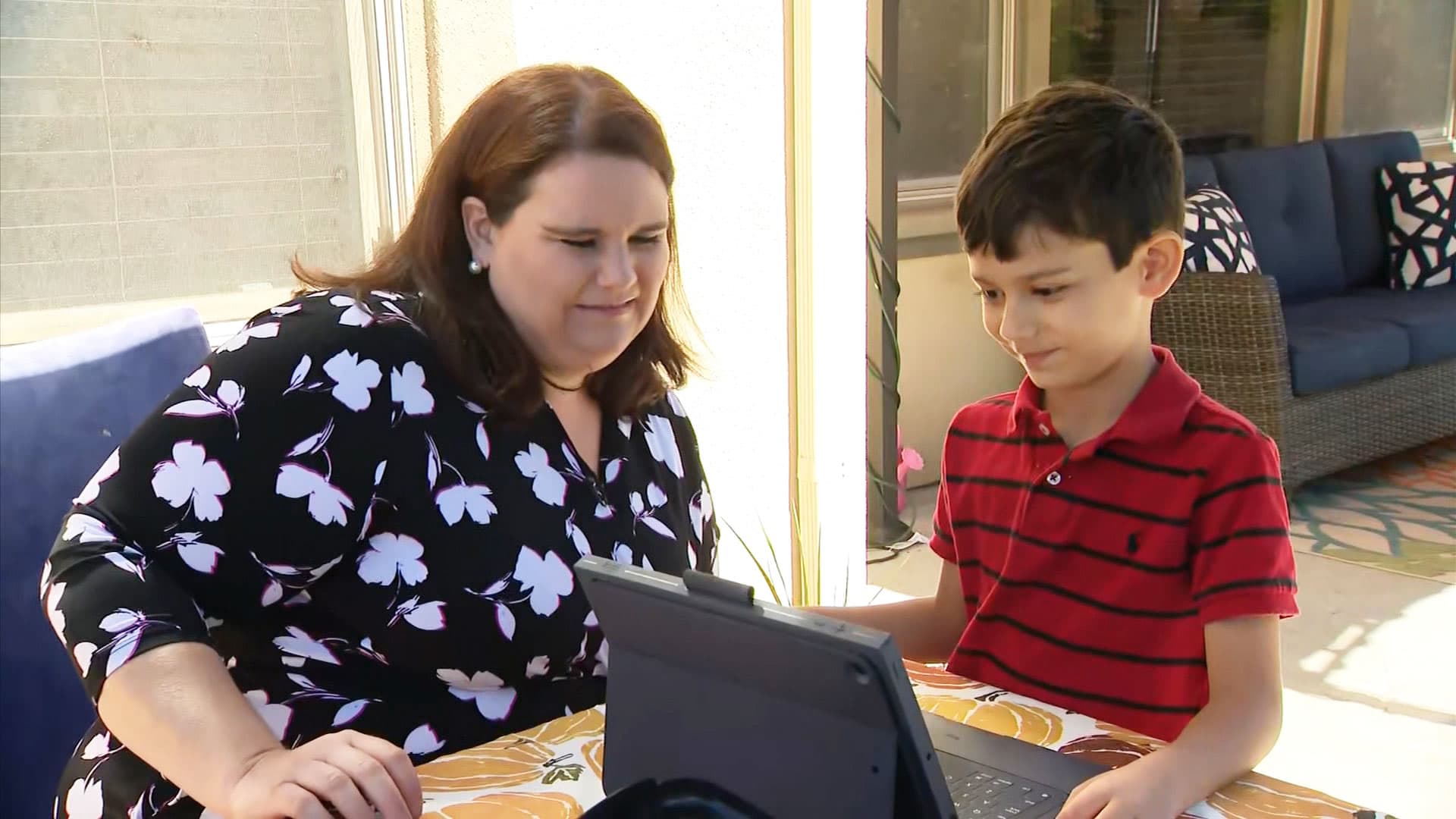 Getting Women Back to Work Is Crucial to Boosting Economy, White House Says 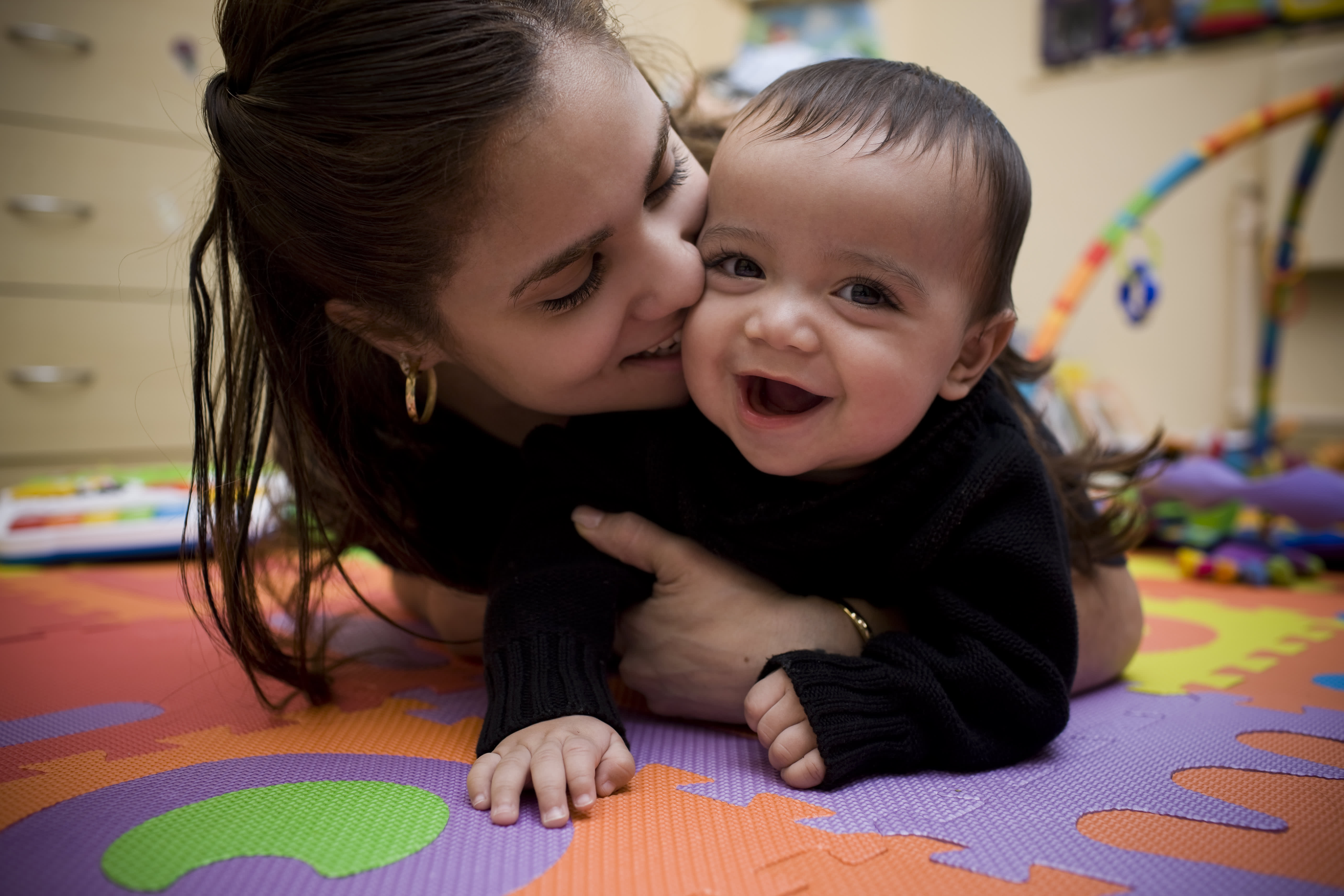 An Investment in Child Care Would Help Lift Some Latina Women Out of Poverty, Analysis Finds

The truth is, even if he could find a day care spot for his now 3-month-old son, the $2,500 monthly cost of infant care is so high that taking a lower-paying job so he can work from home and care for the baby is the most financially sensible thing to do.

The child care business has for years operated in a broken, paradoxical market: low wages for workers and high costs for consumers. Yet the critical service somehow managed to limp along.

Now, the pandemic has made clear what many experts had long warned: The absence of reliable and affordable child care limits which jobs people can accept, makes it harder to climb the corporate ladder and ultimately restricts the ability of the broader economy to grow.

“Early learning is no longer seen as just a women’s issue or a children’s issue. It’s really seen as an economic issue. It’s about workforce participation,” said Mario Cardona, policy chief for Child Care Aware of America. “It’s about employers who don’t have to worry about whether they’ll be able to rely upon employees.”

Since the pandemic began, more than 2 million women have left the workforce —at more than four times the rate of men — as they have been forced to shoulder the burden of child care and home schooling. Girls Who Code CEO Reshma Saujani spearheaded a public letter in The New York Times signed by 50 prominent women including Gabrielle Union, Amy Schumer and Eva Longoria that asks President Biden to take urgent action to get women back to work.

Child Care Aware of America estimates 9% of licensed child care programs have permanently closed since the pandemic began, based on its tally of nearly 16,000 shuttered centers and in-home day cares in 37 states between December 2019 and March 2021.

Now, each teacher resignation, coronavirus exposure and day care closure reveals an industry on the brink, with wide-reaching implications for an entire economy’s workforce.

The national crisis has forced many people — mostly women — to leave their jobs, reshaping the child care crisis as not just a problem for parents of young children, but also anyone who depends on them. It has contributed to a labor shortage, which in turn has hurt businesses and made it more difficult for customers to access goods and services.

“The decisions we make about the availability of child care today will shape the U.S. macroeconomy for decades to come by influencing who returns to work, what types of jobs parents take and the career path they are able to follow,” said Betsey Stevenson, an economist at the University of Michigan.

President Joe Biden has pledged an unprecedented burst of federal spending in hopes of fixing the child care market. At a recent town hall in Baltimore, he assured parents they would “not have to pay more than 7% of your income for child care.” Federal money would go directly to care centers to cover costs in excess of the 7% cap. This means the median U.S. family earning $86,372 would pay $6,046 annually for child care.

Biden’s plan also includes universal pre-kindergarten, which could further reduce child care expenses for families. The expanded monthly payments from the child tax credit approved in Biden’s $1.9 trillion coronavirus relief package would be extended for another year. The president also proposed increasing the size of a tax credit for the cost of child care, all of which should help improve access for families.

The Congressional Budget Office has yet to score the costs as the measures are still being negotiated ahead of Biden’s departure Thursday for the G-20 conference in Rome. But Donald Schneider, a former chief economist for the House Ways and Means Committee who now works for the consultancy Cornerstone Macro, estimates the child care and pre-kindergarten support would cost $465 billion over 10 years. The one-year price-tag of the expanded child tax credit would be around $120 billion. The credit would cost an additional $940 billion if renewed for nine more years.

It remains to be seen what survives in the brutal negotiations in Congress for Biden's broad family services agenda, but the pandemic is proving to be a make-or-break catalyst for the future of the child care industry.

At Forever Young Daycare in the Seattle suburb of Mountlake Terrace, Amy McCoy is burning out fast.

She's spent half of this year trying to hire a new assistant for her in-home child care, but until then, the former public school teacher works 50 hours a week caring for children herself, and more doing the cooking, cleaning and administrative work needed to run her business.

“At what point is my day care more important than my own family?" McCoy asked.

One of McCoy's assistants, who worked there for five years, quit the $19-an-hour job in April for a $35-an-hour job nannying. McCoy has posted the opening for an entry-level assistant on Indeed and Facebook, offering $16 per hour — nearly 20% more than the state minimum wage. She's gotten few responses and all turned her down over pay, making hiring impossible without a tuition increase.

“Nobody wants to work for what I can afford to pay right now,” McCoy said. “I absolutely believe these are $20-an-hour employees, but I hate that, most likely, I will have to raise tuition."

Child care is an essential service for so many parents trying to get back to work, but now child care centers are making a desperate plea for help just to stay open. Kim Baldonado reports for the NBC4 News on Thursday, Oct. 15.

The U.S. Treasury Department noted in a September report that child care workers earn on average $24,230. More than 15% of the industry’s workers live below the poverty line in 41 states and half need public assistance. The sector has high levels of turnover, with 26% to 40% leaving their job each year. Nor is their much room to give among child care centers that tend to operate on profits of 1% or less.

In nearby Edmonds, Briana McFadden shuttered her business, Cocoon Child Care Center, last month due to the stress of the pandemic, though McFadden thinks she would have stayed open if there were government subsidies to stabilize the industry.

In 12 years in business, McFadden said she never raised tuition and was the rare day care in the affluent northern Seattle suburbs to accept low-income families on a state subsidy. In pre-pandemic times, Cocoon employed seven people to care for 37 children. Now McFadden plans to open a convenience store.

“It really wasn’t worth it to continue,” McFadden said, her voice quivering with emotion. “Day care is a hard business.”

Tatum Russell’s livelihood depended as much on McFadden’s day care as the restaurant that employs her to hand-bread seafood.

During a COVID-19-related day care closure in August, the single mom could only stitch together help from relatives for some of the time. Russell ultimately had to miss four days of work.

“It’s been a nightmare, and it’s not over,” Russell said.