Its name sounds substantial. Its annual budget is in the millions of dollars. And Chicagoans -- along with citizens of Gary -- spend millions in tax dollars every year to help keep it in business.

But in spite of an annual operating budget of more than $3 million -- plus tens of millions more being spent on a runway expansion and other capital projects -- the GCIA terminal sits mostly empty. The front entrance is usually locked; the parking lot is nearly vacant, and the skies are -- for the most part -- empty.

That’s because GCIA has only one passenger flight -- Allegiant Airlines Flight 650. It flies nonstop from Sanford, Fla., to Gary, where passengers unload and new passengers board. Allegiant changes the flight number to 651, and the plane takes off and heads back to Sanford.

It’s time on the ground in Gary: Usually less than one hour.

Once the flight is gone, the terminal is shut down and locked up for several days. The Allegiant flight only comes to Gary twice a week, on Thursdays and Sundays. That’s it.

It’s one of the many curiosities of The Little Airport that Could.

While the airport gets substantial funding from the City of Gary, the State of Indiana and the federal government, it gets additional millions of dollars every year from the City of Chicago -- more than $3.6 million dollars since the beginning of 2011 alone, financial documents reveal. Since 1995, Chicago has sent a total of more than $26 million to help operate the Gary airport.

It all comes from an agreement signed by the cities of Chicago and Gary in 1995, which proposed "the development, enhancement, and operation of existing airports and development of any new Regional Airport serving the Bi-State Region."

The agreement is commonly referred to as "The Compact," and the two mayors who signed it -- Richard M. Daley of Chicago and Thomas Barnes of Gary -- originally saw it as a fairly straightforward three-year deal. But it continued, and throughout the years it has often been used as a pawn in the political fights for a third airport in Chicago to counter the proposals to build such an airport in Chicago’s 10th Ward, or -- more recently -- in far-south-suburban Peotone.

"The Compact" was also floated as a possible solution to the closing of Meigs, even before Daley ordered his bulldozers out to dig up Meigs’ runways in the middle of the night in March of 2003. 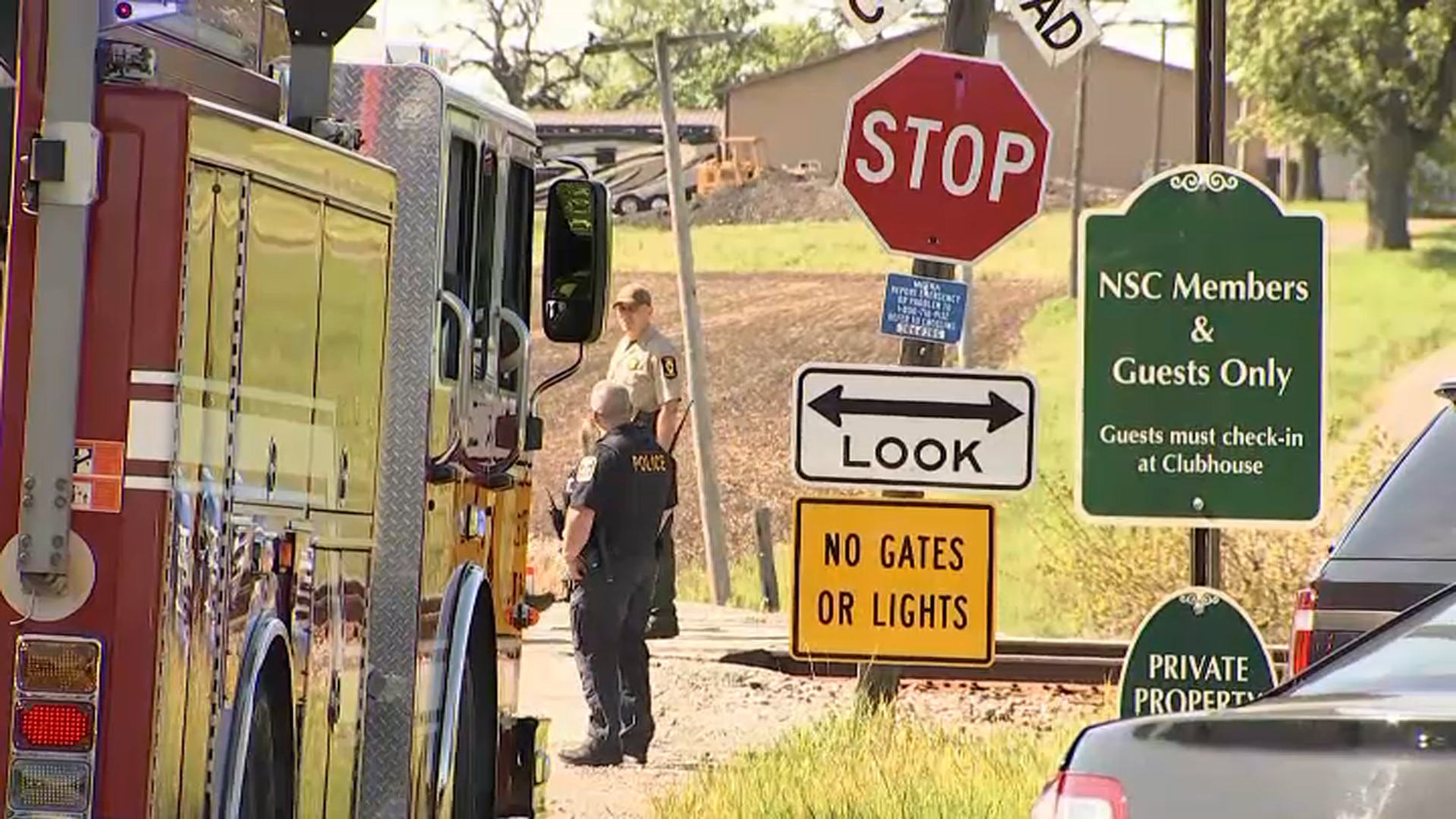 Now -- seventeen years later -- "The Compact" still exists, and the money still flows in from Chicago.

Part of "The Compact" requires Chicago to send monthly checks to the Gary Airport from ticket fees paid by passengers arriving and departing at O’Hare and Midway Airports. Those fees alone amounted to $2.4 million paid to Gary in the past year and a half. This "Passenger Facility Charge" -- or PFC money -- is earmarked for capital projects like Gary’s 1900-foot runway extension, currently under construction, and the relocation of railroad tracks, which must be moved to provide sufficient clearance for larger planes to land on the newly-extended runway.

And Gary taxpayers pay millions more, each year, as well.

To date, there hasn’t been much to show for all that money. GCIA has seen commercial service come and go in past years -- notably PanAm, Southeast, and Hooters Air. There have been long periods where no passenger planes landed there. Even Allegiant, with its one flight twice a week, is technically not a commercial flight, but a travel service which operates charter flights to smaller-traffic airports. It just started flying in to Gary last February.

The flight itself appears to be a success, with low-cost tickets and easy online booking that regularly attracts a full load of passengers. But the question remains: Is all this tax money worth it, for just two passenger flights a week?

Karen Freeman-Wilson is Gary’s newly-elected, Harvard-educated mayor, and she has often cited GCIA as one of her top priorities for Gary’s struggling future. She is happy to see the nearly-full passenger loads on the Allegiant flight.

"I think it’s indicative of the demand that is pent up for the Gary airport," she said.

But she acknowledges that -- to date at least -- far less business has been generated than the money that is pumped in.

"I think a lot has to do with the marketing effort," she said. "I think it’s important to be able to market Gary as a destination -- to market its proximity not just to Chicago but to downtown Chicago."

And once the runway expansion is complete, Freeman-Wilson sees things taking off.

"Ultimately I think there’s an opportunity for commercial and cargo service here," she said.

But the runway expansion has been a difficult and expensive process, primarily because of unforeseen difficulties in moving the railroad tracks, as well as dealing with construction waste and even oil dumped in the runway’s path.

In an effort to see what happens during a typical day at the terminal, NBC Chicago went to the Gary/Chicago International Airport on a Wednesday. There was not an Allegiant flight scheduled for that day, but the thought was that maybe the terminal would be open for other operations.

That was not the case. The front doors were locked and the place was deserted.

So NBC Chicago returned, unannounced, at noon on a Thursday, when Allegiant does fly in. This time the front door was unlocked, but inside the airport was still virtually empty, with the lights turned off, the ticket counter dark and the baggage carousel silent and still.

A plaque on the wall noted that the terminal was renovated a decade ago. It still looks good as new.

The only people there were a security guard and approximately 15 TSA agents. Their supervisor said they are routinely borrowed from other airports -- South Bend and Chicago -- to come to GCIA twice a week to handle the Allegiant flight.

Finally, about an hour and a half before Allegiant’s scheduled arrival, the airport suddenly sprung to life. Crowds of couples and families snaked along the previously-deserted rope lines in front of the ticket counter. Others removed their shoes and loaded up grey plastic bins to go through security. And when the Allegiant flight arrived at about 2:50 p.m., more passengers streamed out into the terminal and outside to waiting cars. The terminal was truly bustling.

But after another hour, the approximately 140 passengers booked for Sanford were boarded, and the plane took off, not to return for three days.

Then the TSA agents packed up. The ticket counter closed down. And it was lights out until Sunday.

Statement from Chicago's Department of Aviation:

The City of Chicago continues to support the Compact as Gary Airport serves as a reliever airport in the regional Chicago airport system.   The City recognizes that these are times of tight budgets and has reduced the annual contribution to the Chicago Gary Regional Airport Authority.

Unit 5 looked at the daily air traffic -- including every takeoff and landing of passenger, private, and corporate aircraft -- at Gary/Chicago International Airport, and compared its traffic to that at other comparable airports in the Chicago/Northwest Indiana area.  In our survey of various time periods covering 2012, we found that Gary (GYY) had less daily traffic than Waukegan Regional Airport (UGN), Dupage Airport in West Chicago (DPA), Chicago Executive Airport in Wheeling (PWK), and Chicago Rockford Airport in Rockford (RFD).

In this chart, every takeoff or landing is counted separately.  For example, if a plane lands at an airport, and then takes off two hours later, it would count twice on this chart.

One significant exception was August 2012, when GCIA served as the staging area for aircraft used in the Chicago Air and Water Show.

View Operations at regional airports in Chicago in a larger map