Storms drop several inches of rain, a whole lot of misery throughout area

Oak Lawn Mayor Dave Heilmann said a retention pond built about a decade ago, after years of flooding problems, just couldn't keep up with the deluge.

"It is the worst in years, maybe decades,"  he said.  "It is an enormous amount of water in a short time, and the pipes are only so big.

At one point, Heilmann had to rescue his own wife out of the floodwaters at 105th and Kilpatrick, after her mini-van stalled in water that poured up into the engine. "She was terrified. Thank goodness the kids weren't in the car."

Amid all the water, village crews have yet to be able to haul away hundreds of fallen trees and limbs toppled by last Saturday's storm outbreak.

Heilmann said the village's full battery of city crews was out working to clear sewer drains, as police and fire make well being checks on elderly residents.

At a convenience store at 103rd and Cicero, clerk Dustin Olson watched as water the parking lot flooded.

"The water was shooting up from the manholes probably, at least, 12 to 15 inches," he said.

Stories of basements flooded with feet of water were easy to find throughout the far south suburb, but that wasn't the only problem caused by the storm.

More than 58,000 homes throughout Chicagoland were without power Thursday morning after wind, rain and intense lightning pounded the area.

Morning commuters saw big delays on Interstate 57 because of high standing water, and in Oak Lawn, 105th Street was flooded with between two and three feet of rain.

The weather also delayed flights At O'Hare, flights were operating more than an hour behind schedule.

While O'Hare reported 1.10 inches of rainfall, the big winner appears to be Romeoville, which recorded 5.29 inches of precipitation.

Just before 8 a.m. Thursday, heavy winds and rain tipped over the canopy above fuel pumps at the Shell gas station on Yackley and Ogden Avenue in Lisle, according to Battalion Chief Jeff Toepper. Three pumps were damaged when the canopy collapsed, but there were no injuries.

More flooding was reported at 91st and Stony Island, and 107th and Kenston. Traffic lights were out at Ashland, Belmont and Lincoln. 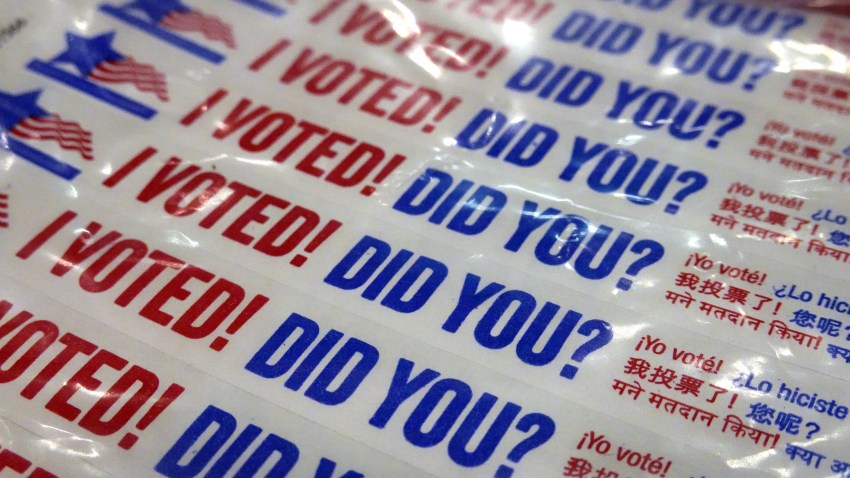 The rain cooled down sweltering temperatures that reached 95 at O'Hare on Wednesday but fell two degrees short of the record set in 1933.