Race in Chicago: The History of Redlining and How Race Has Shaped Our Lives

“If that oppression had not been there, what would we have been,” Dr. Leslie Harris said. “What would Black people have been?”

Asiaha Butler’s mission is to build up Chicago's Englewood community through expanding homeownership.

“I want to model what you can do,” she said, “because you could say it to somebody, but if they don’t really see it, they can’t, they may not believe it.”

Butler first bought her own home then bought an income property, but she is an anomaly. As president of Resident Association of Greater Englewood (RAGE), Butler works with people in her community to help them buy a home, but most find it impossible.

Asiaha Butler, president of Resident Association of Greater Englewood (RAGE), works with people in her community to help them buy a home, but she said most find it impossible. “We can’t get a leg up,” she said. “Every decade, we try, we get there and then we get knocked back down. And it really hurts, and it’s trauma attached to...

An analysis of lending data by major banks in Chicago conducted by WBEZ and City Bureau sheds light on a specific roadblock. It looked at six years of lending and found for every $1 banks lent in mostly white areas, banks lent 12 cents in mostly Black areas, like Englewood.

"I think it laid bare just how dramatic the disparity is," said WBEZ’s Alden Loury, who worked on the story. "These practices make you believe that redlining was still a real thing.”

Redlining was a government practice that classified Black neighborhoods as “high risk” for a mortgage lender. And as Nikole Hannah-Jones puts It in her article, “It’s Time for Reparations,” for the New York Times Magazine, from 1934 to 1962,  “98% of the Federal Housing Administration Loans went to White Americans.”

Loury argues the effect of that government policy is still being felt today.

“People may not at least overtly be saying, ‘Oh, you’re Black … so we aren’t going to lend to you,” he said, “but the fact is those communities are so disadvantaged from that discriminatory lending from so many years ago, that nowadays, they don’t really have to.”

Asiaha Butler, president of the Resident Association of Greater Englewood (RAGE), discusses modern-day segregation in Chicago and the generations worth of injustice that led us here. “How do you dismantle that?” she asks.

In The Beginning There Was Slavery

The book River of Blood, using interviews and photos from the Works Progress, Slave Narrative Collection, chronicles images and first-hand accounts of the last living formerly enslaved people from the 1930s. One such gentleman, Willie Williams, describes how his master used one enslaved man to stud and evaluated children by how much money they might bring, saying, “You see, ‘twas jus’ like raisin’ young mules."

Northwestern University history professor, Dr. Leslie Harris, described some of the treatment, saying “[There were] brutal punishments, sexual abuse, separation from families. None of these things aligned with the best ideals of the United States."

Douglas A. Blackmon, author of Slavery by Another Name, on why it is crucial to continue conversations about the history of Slavery in America.

Laws and policies enacted after Slavery ended after the Civil War in 1865 only help perpetuate the oppression and abuse suffered by Black people.

Black Codes, for example, are laws that made it illegal to be unemployed or not have a labor contract, which could subject you to arrest. Once arrested, a Black person could be forced into labor in ways that included convict leasing. It's a practice that was continued until the 1940s, said author Douglas A. Blackmon, who outlined it in his book, Slavery by Another Name.

"A new system of involuntary servitude comes into existence,” Blackmon explained, “that doesn’t look much different from the way slavery looked before the Civil War.”

Slavery didn’t end when we were taught in school that it did, says Douglas A. Blackmon, author of Slavery by Another Name. Instead a new system of involuntary servitude came into play.

Blackmon pointed to a specific example with U.S. Steel. In 1907, one year before opening its plant in Gary, Indiana, U.S. Steel purchased convict labor for a mine it bought in Alabama.

“Workers, while they were under the control of U.S. Steel receive very little food, no medical care,” Blackmon said. “Dozens of people were killed in accidents. … These places looked more like German death camps than what someone would think of today as a coal mine."

U.S. Steel said it inherited the use of convict labor when it bought the mine, ended the practice within four years and advocated against the use of such labor for years after that.

Douglas A. Blackmon, author of Slavery by Another Name, describes the process of “convict labor” that typically targeted young African-American men.

While the 14th Amendment to the Constitution granted the formerly enslaved citizenship in 1868 and the 15th Amendment allowed Black men to vote in 1870, the rights and privileges of the Constitution bypassed African Americans through Jim Crow laws. Those measures enforced segregation and voter suppression with tactics like literacy tests, poll taxes and domestic terrorism. Terrorism that included lynchings.

“Many people were lynched because either they wanted to vote, they were too outspoken or for economic reasons” said Dr. Harris.

Dr. Leslie Harris discusses how groups in America have aimed to reinforce white power through terror against African Americans.

The Equal Justice Initiative puts the number of those lynched from 1877 to 1950 at 4,400 souls, 800 of whom were memorialized at the National Memorial for Peace and Justice in Montgomery, Alabama.

And although poll taxes and literacy tests were outlawed in the 1960s, there are accusations of voter suppression that persist to this day.

“It’s like it is a trauma attached to it of just being Black," Asiaha Butler said. “It’s like a trauma.”

Dr. Harris thinks it may be time to deal with some of that trauma.

“There is still a need to address the ways in which, if that oppression had not been there, what would we have been,” Harris said. “What would Black people have been?” 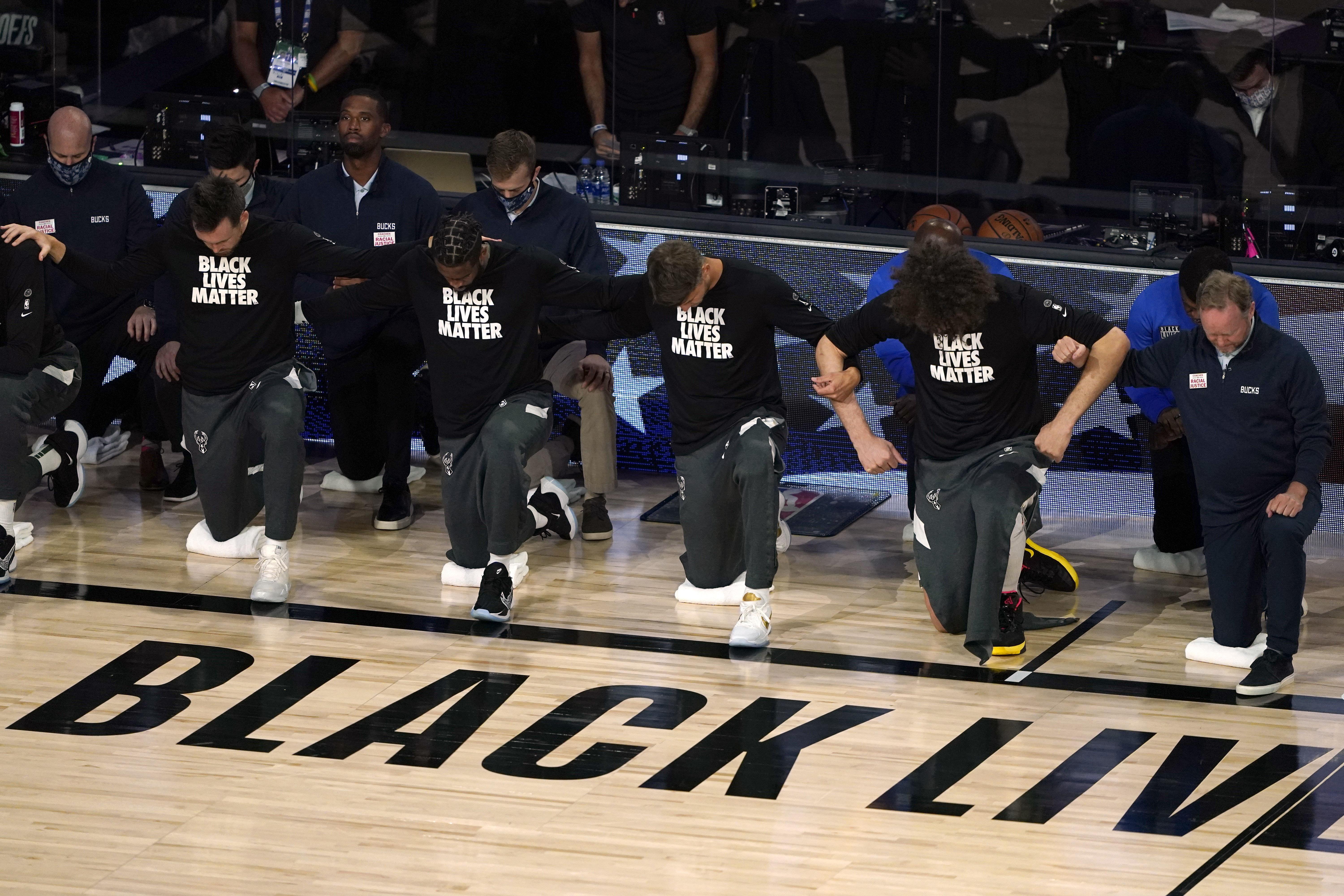 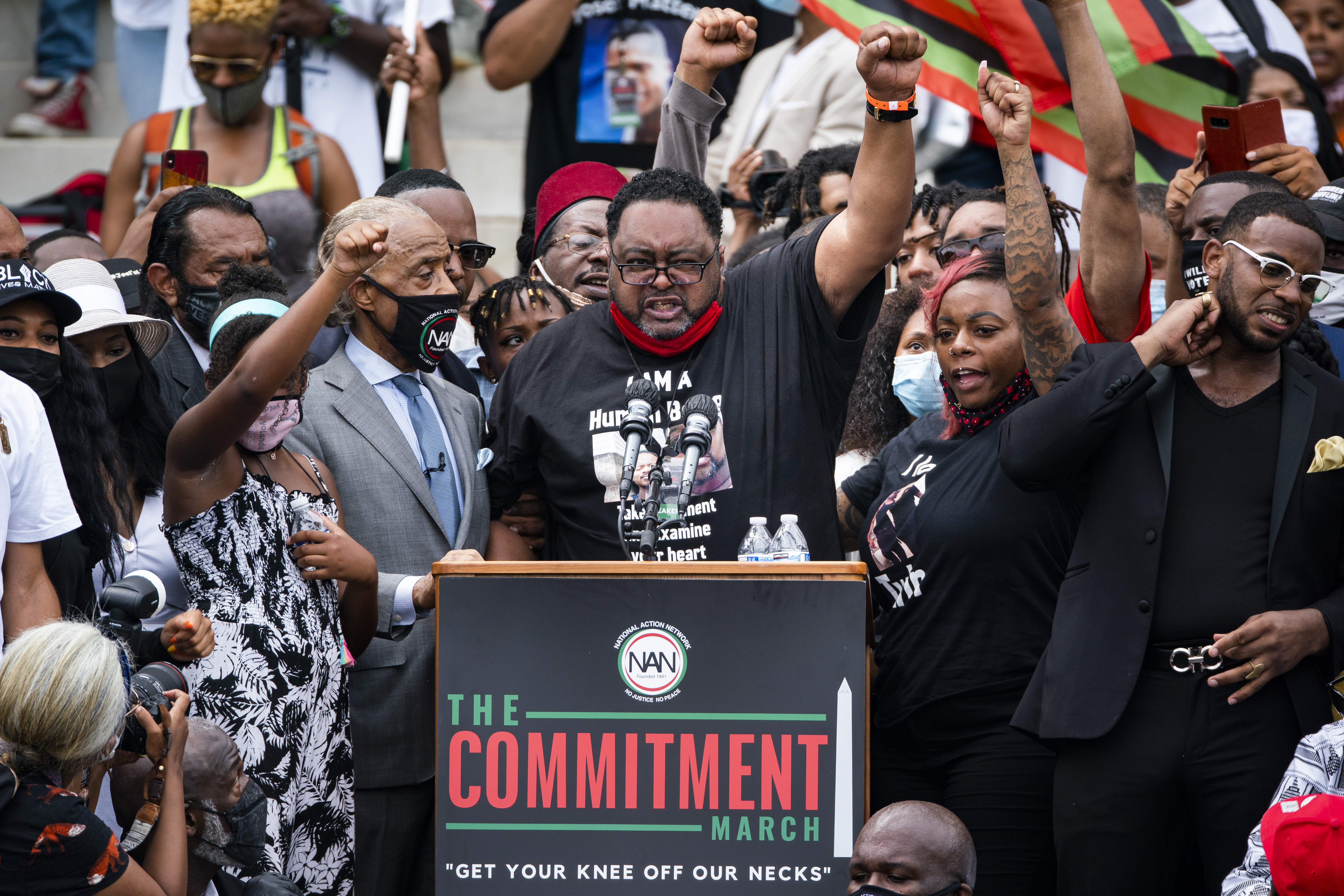