After taking iPhones, iPads and cash, the robbers fled in a getaway car

Joliet police have arrested three men after they allegedly robbed a Verizon Wireless store and tied up the store's employees.

Officers responded to a hold up alarm at the Verizon Wireless store in the 2900 block of W. Jefferson St. around 12:45 p.m. on Saturday, according to a press release.

Two of the suspects took numerous iPhones, iPads, and cash from the register. The suspects then left the store and fled in an awaiting vehicle. No one inside the store was injured.

Much of Northwestern Wisconsin Under Red Flag Fire Warning 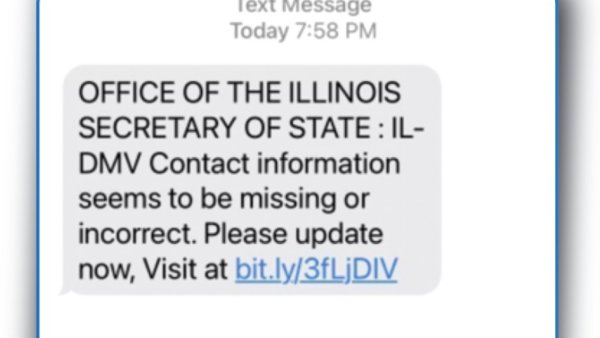 Illinois Secretary of State 58 mins ago

Officers located the car near Bronk Road and Theodore Street and initiated a traffic stop.

The vehicle refused to pull over and officers began a pursuit. The car was driven to the area by Louis Joliet Mall and eventually merged onto Interstate 55. Police lost sight of the car after the offenders started driving at a high rate of speed. A description of the vehicle was given out to surrounding law enforcement agencies.

A Will County Sheriff’s Deputy located the vehicle in the 15000 block of Janas Drive in Lockport.

Outside the vehicle was 44-year-old Tobert G. Walls. After a short foot pursuit Walls was taken into custody. He faces charges of armed robbery, aggravated unlawful restraint, and possession of a stolen motor vehicle.

During the foot chase, the vehicle took off with the other two men and was located a short time later in the 14000 block of W. Hickory Avenue in Lemont where it struck a a snow bank.

Two firearms and all the proceeds were recovered. The vehicle used in the robbery was reported stolen out of Indiana.