One bidder wants to liquidate; another drops out

The company that dressed Barack Obama for the presidency needs a "yes we can" stimulus plan.

Earlier this year, Hartmarx, the maker of President Obama's suits, filed for bankruptcy. This may have come as a surprise to many, considering the company has survived other recessions in its 120-year history, including the Great Depression.

But Wells Fargo, shortly after accepting $25 billion in Troubled Asset Relief Program funds, cut off credit to the local suit maker. (This is all too reminiscent of when TARP recipient Bank of America cut off credit to Chicago-based Republic Windows and Doors, leading to the closure of the Goose Island plant.)

A lunchtime rally in Des Plaines for Hartmarx union workers attracted State Treasurer Alexi Giannoulias, who put a letter to the President in one of the new suits made for him, pledging to end the state's banking relationship with Wells Fargo if they liquidate the company.

"The only problem here is Wells Fargo.  If it liquidates this company, the State of Illinois' business with the bank will be in serious jeopardy," Giannoulias said.

A Wells Fargo spokeswoman said via email that she hopes to be able to make a formal statement "soon."  It's believed the bank and Hartmarx have been in stepped-up discussions given the increased attention.  As those discussions continue, employees -- some of whom have been there for 40 years -- continue to make suits.

Emerisque was the most likely to keep the company intact, but the Sun-Times reports that the bidder, which had extended its bid twice, let its latest bid expire on Wednesday after Hartmarx failed to act on it. A new bid can be submitted, but it would contain new terms.

Emerisque has already turned around companies like Puma and Ben Sherman. 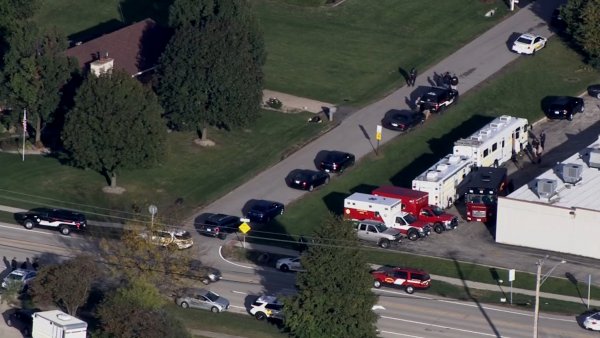 Of the remaining two, Mistral Equity is the higher bidder, but -- along with Wells Fargo -- it prefers liquidation of the company's assets. So even though Hartmarx's employees are among the taxpayers that helped subsidize Wells Fargo, they would all be out of work.

"Since they took the money, they have an obligation," Rep. Phil Hare (D) told Greg Hinz of Crain's. "Wells Fargo doesn't care. They just want to recoup more of their money."

"I find that insulting," he added. "More than 3,500 people will lose their jobs if this company is liquidated, and it was their money that went into Wells Fargo."

Wells Fargo is expected to name their preferred bidder in a few days.