The report was released Thursday morning, raising questions over disciplinary actions that have yet to come

NBC 5 first reported on the incident last October when the former superintendent was found slumped over the wheel of his vehicle near his residence. Johnson initially blamed it on a change in blood pressure medication, calling it a “medical episode.”

But the OIG’s scathing report claims that statement was false.

According to the Inspector General, several CPD officers responded to the incident on the evening of Oct. 16 and early morning hours of Oct. 17 after a citizen called police.

When units arrived at West 34th Place and South Aberdeen Street, they found Johnson asleep at the wheel, according to the report.

The report states the OIG obtained video footage showing Johnson and a CPD police officer, who worked as his driver and security detail, consuming several large servings of rum at a downtown establishment.

That footage shows Johnson and the driver getting into a vehicle and driving away with Johnson at the wheel, according to the report.

The Inspector General’s report says Johnson dropped off his driver at CPD headquarters at 10:30 p.m., allowing the officer to drive away in their assigned city vehicle.

Police body cam footage released to NBC 5 earlier this year shows responding officers knock on Johnson’s windows. One of the officers asks if Johnson is alright and if he has his ID. A member of the Chicago Fire Department also comes up to the window to ask if he’s okay, according to the Inspector General’s report.

Body cam footage shows the former superintendent placing what appears to be his CPD credentials against the window. One of the responding officers asks, “Do you want to go home?”

According to the report, Johnson replies, “I’m good.”

The officer replies, “You good? All right sir, have a good night.”

After this encounter, the report says the officer deactivates the body-worn camera. No chemical tests or field sobriety tests were performed.

Private security footage shows two additional CPD vehicles arrive in the area after body cam is deactivated, according to the report. A supervisor is then called, who follows Johnson as he drives away from the scene.

The report says OEMC records reveal an officer coded the incident in way that shows “no police action was needed.”

As Johnson headed home, dashcam footage shows Johnson failing to stop at a stop sign and making a “wide right turn into the wrong lane” as two CPD vehicles followed him, according to the OIG report.

The report claims the superintendent made two false statements to the public during a press conference later that day, falsely stating he was “out with a group of friends for dinner,” when, in fact, Johnson was with the CPD officer who worked as his driver and security detail. 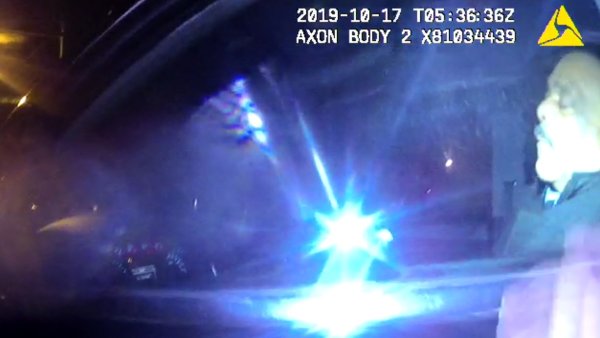 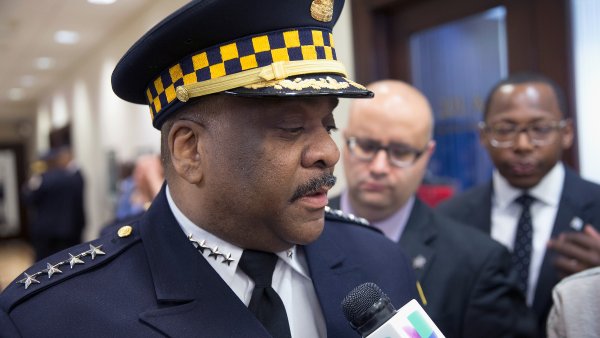 The report also says Johnson falsely stated that he ordered the Bureau of Internal Affairs to conduct an internal investigation. According to the report, he never did.

The report goes on to say Johnson “omitted a critical detail- that he had consumed alcohol before driving his CPD vehicle on the evening of Oct. 16, 2019- resulting in a materially inaccurate portrayal of the incident in remarks he made while in uniform and speaking in an official capacity.”

“The superintendent described the incident as a ‘medical episode’ and made no mention of consuming alcohol," it states.

The report also says Johnson declined OIG’s request for an interview after his removal as superintendent but before his eventual retirement.

“OIG recommended the mayor discharge Johnson and refer him for placement on the ineligible for rehire list. OIG also recommended that if the superintendent were to retire in lieu of discharge, he be found not in good standing and not be issued Illinois Retired Officer Concealed Carry credentials,” the report said.

Mayor Lori Lightfoot removed Johnson from his position on Dec. 2, 2019. Johnson reverted to his former rank of lieutenant and resigned from CPD two days later. He is on the city’s ineligible for rehire list.

CPD is required to provide a written response to the report. OIG says CPD requested an extension. Their response is due July 28.

“At that point, OIG will summarize the findings and recommendations of those reports and action taken by CPD with respect to other involved members.”

CPD responded to NBC 5’s request for comment saying, "The Chicago Police Department is currently reviewing the Office of Inspector General's investigation report into personnel that responded to the October 2019 incident involving Mr. Eddie Johnson. The Department will take any necessary disciplinary measures upon their complete review of that report."