The Chicago Blackhawks played about 38 minutes of good hockey on Wednesday night against the Los Angeles Kings, but over the next 22 minutes it all went terribly wrong as the Hawks surrendered six consecutive goals en route to dropping an embarrassing 6-2 decision.

It started late in the second period when the Kings scored to make it a 2-1 game. The play was innocuous enough, starting with a missed pass across the zone that Mike Richards went and picked up. His pass attempt to Justin Williams in front of the net didn’t find the forward’s stick, but it did bounce off his skate and slide slowly between Corey Crawford’s leg pads and just past the goal line.

It was the kind of goal that happens occasionally in the NHL, and it was funny to see such a slow moving puck beat Crawford when so many other quality chances had been snuffed out by the goaltender. 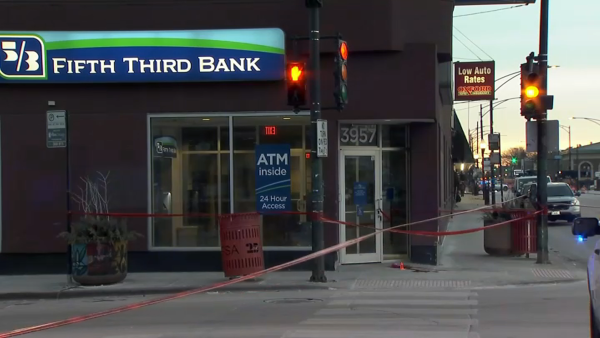 Of course, what happened following that goal was no laughing matter. In the third period, everything seemed to fall apart for the Blackhawks, and their breakdowns in discipline were breathtakingly awful. First there was Brandon Bollig just coming across the blue line a touch too early on what could have been a 3-on-1 rush. Then Bollig committed a silly penalty and put the Kings on the power play. Drew Doughty made short work of it, blasting a shot from the point that Jeff Carter deflected into the net, and just like that things were tied up.

Then the Blackhawks committed another undisciplined penalty. This time, it was Peter Regin doing the honors, handling the puck just as Marcus Kruger was making his way over the boards, incurring a too-many-men penalty. Whether or not the penalty was questionable aside, it once again cost the Blackhawks, as Jake Muzzin fired a shot past Crawford to make it 3-2 and knock the defending champions back on their heels.

The next Kings goal was arguably the worst of all. With a Tanner Pearson shot deflected up near the protective netting behind the goal, all five Blackhawks skaters and Crawford stopped moving, anticipating a whistle. One never came, and Tyler Toffoli picked up the loose change as he put the puck in the net and made it a 4-2 game.

Finally, the Blackhawks had a couple more bursts of bad discipline. Regin tried to bring the puck into the zone by himself despite having both of his linemates with him, and Niklas Hjalmarsson pinched in from the point to help provide support on the back-end of the play. Regin wasn’t aware of that, and the Blackhawks gave the puck right back to the Kings. Carter ended up scoring on the ensuing 2-on-1, and Crawford lit into his teammates a bit after the careless turnover cost the Hawks again.

Finally, Duncan Keith finished things off by trying to feather a pass through the neutral zone. It was easily intercepted by Carter, and he flipped it into the empty net to finish off his hat trick and finish off the Blackhawks in the game.

If one of these defensive breakdowns had happened, it’d be a head-scratcher, but it’d be easy to forget. The fact that these mistakes kept piling up for the Blackhawks was a total shock, and is completely out of character for how they usually play the game.

The team across the ice from the Hawks is a perfect example of how disciplined hockey looks. The Kings never deviate from their game plan, no matter the score or situation, and they very rarely beat themselves. Despite being down 2-0 in Game 2, they kept their wits about them, and when the Blackhawks started shooting themselves in the foot, the Kings simply kept handing them more bullets.

All of that being said, this was just one bad period for the Blackhawks, but it’s not one that they can even come close to repeating. The Kings are a team that will absolutely kill you if you make mistakes or take anything for granted (just ask the San Jose Sharks), and perhaps the third period of this game will be a lesson to the Blackhawks that just because some in the media are crowing about how easy their road to a Cup is doesn’t mean that the Kings are just going to let them steamroll them for a second consecutive season.