Jacob Blake Jr. made a virtual court appearance from his hospital bed Friday

Jacob Blake's father said Friday that his “happy-go-lucky” son is optimistic for his future, although he remains paralyzed from the waist down after being shot seven times in the back by a Kenosha, Wisconsin, police officer.

A clearly exhausted Jacob Blake Sr., speaking by video chat from a Milwaukee hotel, told The Associated Press that the past two weeks have been “surreal” and “like a dream” and he’s mentally worn out. He said he’s been receiving death threats, which he said he couldn’t talk about in detail.

“It’s been hard on everybody,” Blake Sr., who drove from North Carolina to be with his hospitalized son, said. 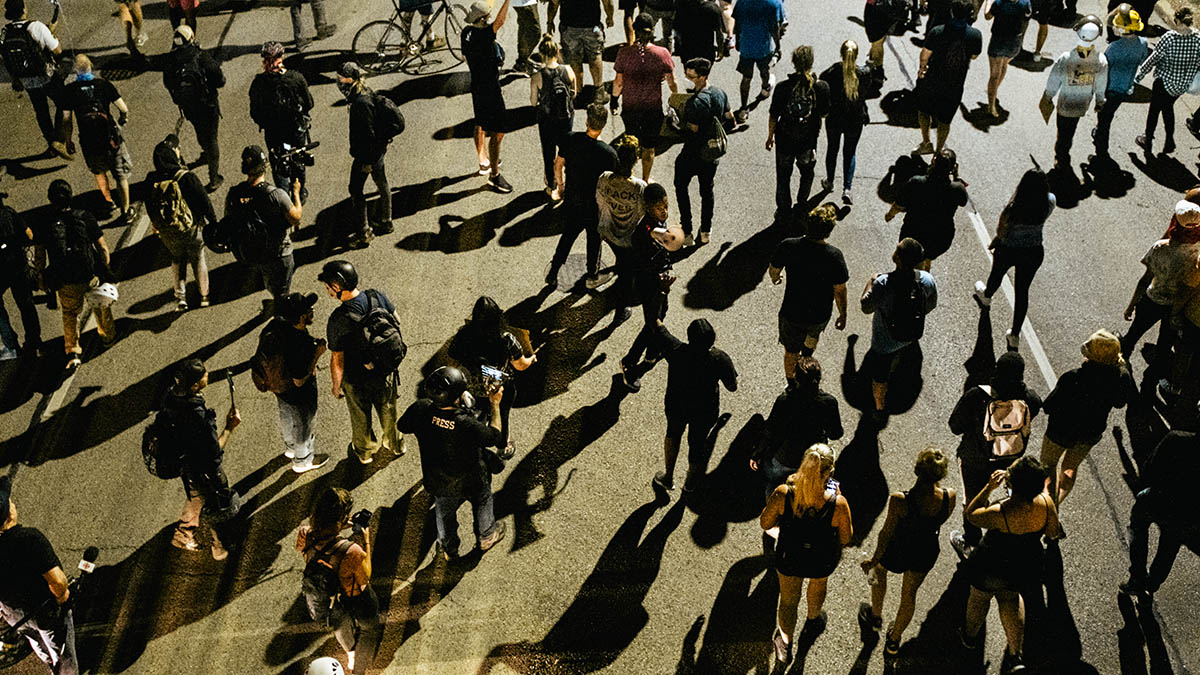 Online Bans Fail to Silence US Extremists Drawn to Protests Jacob Blake, a 29-year-old Black man, was shot Aug. 23, setting off days of protests that made Wisconsin the epicenter of the nation’s ongoing debate over police violence and racial injustice. Over three days, dozens of fires were set and some Kenosha businesses destroyed. On Aug. 25, prosecutors say a 17-year-old from Illinois shot and killed two demonstrators. His attorneys say the teenager, who was patrolling the streets with a rifle, was acting in self-defense.

Blake was released from intensive care this week and “is doing a little bit better,” his father said.

Blake Sr. said he talks with his son about what he’ll be able to do once he’s released from the hospital, rather than his limitations if he remains paralyzed.

“We’ll go fishing together in the chair,” he said. “I’ve got the perfect spot for us. Things of that nature, things that have nothing to do with the sickness or anything.”

Five days after the shooting, Blake Sr. followed through on his plans to attend the March on Washington commemoration in the nation’s capital. His father had marched with Martin Luther King Jr., and Jacob Blake Sr. said he considered it his “duty” to still attend the march even though his son was hospitalized.

Blake pleaded not guilty Friday to domestic abuse charges, including sexual assault and disorderly conduct, during a virtual court hearing.

He appeared in the live-streamed hearing from his hospital bed, dressed in a button-down shirt and tie, with his attorney, Patrick Cafferty, by his side.

Blake is accused of sexually assaulting a woman in May, according to a criminal complaint filed in July, and taking her debit card and the keys to her car. Blake was wanted on suspicion of felony sexual assault when he was shot by police. On the day of the shooting, police were originally called to the scene for a domestic dispute.

Earlier this week, Blake Sr. said another one of his sons had a nervous breakdown and was admitted to the hospital. Two days after that, members of the Blake family met with Democratic presidential candidate Joe Biden in Kenosha. Jacob Blake spoke to Biden by phone from the hospital.

President Trump and Joe Biden are preparing to return to the campaign trail after a weekend of protests. Biden will speak Monday in Pittsburgh, while the president on Tuesday will take his law and order message to Kenosha, Wisconsin. The president's planned visit, which does not include a meeting with Jacob Blake's family, comes despite requests from the governor and mayor to stay away.

President Donald Trump traveled to Kenosha on Tuesday. He thanked law enforcement for their efforts in quelling violence and met with people whose businesses were destroyed in fires, but he did not meet with Blake’s family.

Blake Sr. said Trump made clear he has no interest in his family. He said meeting with Biden and his wife was like speaking with an uncle and aunt.

“He came in that room with sympathy, empathy, a caring nature,” Blake Sr. said. “It was not an interview, it was not a political thing.”

The Blake family told Biden that they want all police to be required to have body cameras, something the Kenosha officers did not have. Blake Sr. said the family also told the former vice president they want police trained in de-escalation techniques. And they want the officer who shot Blake to be fired.

All three officers present when Blake was shot are on administrative leave during the investigation by the Wisconsin Department of Justice.

Jacob Blake, Sr., father of Jacob Blake, who was shot by police, spoke at a press conference in Kenosha, Wisconsin, on Tuesday, saying, "They shot my son seven times. Seven times. Like he didn't matter. But my son matters." Blake was left paralyzed from the waist down after officers shot him in the back in front of his children on Sunday.

The state agency said police were sent to the scene after a woman reported her boyfriend was present and wasn't supposed to be on the premises.

Blake's attorney Ben Crump has said that Blake was trying to break up a domestic dispute.

The Justice Department has said a knife was recovered from an SUV he was leaning into when he was shot, but has not said whether he was holding it when officers tried to arrest him.

The man who made widely seen cellphone video of the shooting, 22-year-old Raysean White, said he saw Blake scuffling with three officers and heard them yell, “Drop the knife! Drop the knife!” before gunfire erupted. He said he didn’t see a knife in Blake’s hands.

The Kenosha police union said Blake had the knife and refused orders to drop it. Blake fought with police, including putting one officer in a headlock, the union said. Police twice used a Taser, which did not stop Blake.

“There’s nothing that my son did that justifies getting shot seven times in his back,” Blake Sr. said. “Nothing.”