Three people were killed and nine others were wounded in shootings across Chicago Wednesday, police said.

A man was fatally shot Wednesday night in the West Rogers Park neighborhood on the North Side. The 19-year-old was sitting in a parked vehicle in the 3000 block of West Devon about 9 p.m. when someone exiting a store fired shots, according to Chicago Police. He was shot multiple times and taken to Presence Saint Francis Hospital in Evanston, where he later died. The Cook County medical examiner’s office confirmed the death but did not immediately provide additional details.

Several hours earlier, a man was shot to death in the South Shore neighborhood on the South Side. The man, whose exact age was not immediately known, was found unresponsive on the street with a gunshot wound to the head about 5 p.m. in the 7500 block of South Coles, police said. He was taken to Northwestern Memorial Hospital, where he later died. The medical examiner’s office could not immediately confirm his death. 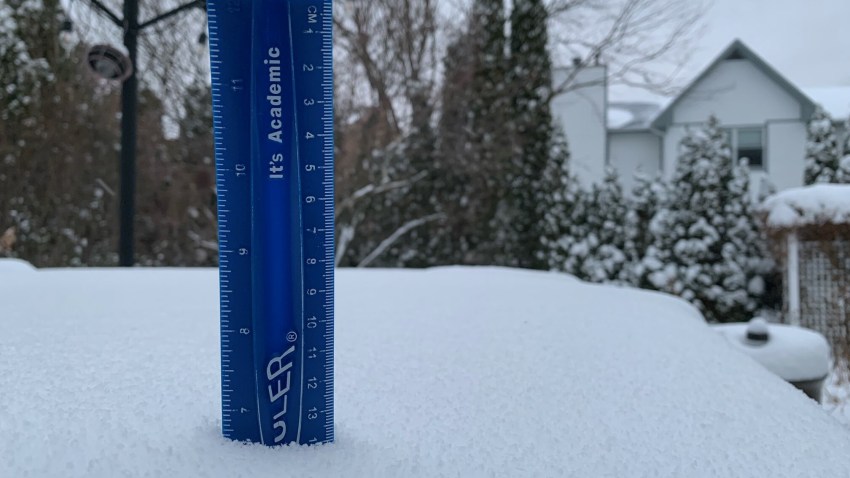 COVID Vaccine in Illinois: How to Find a Location Near You

A 16-year-old boy was shot to death Wednesday morning in the West Elsdon neighborhood on the Southwest Side. Victor Felix was in the 5600 block of South Keeler at 8:44 a.m. when a brown Buick pulled up, the driver got out and fired shots, according to police and the medical examiner’s office. Felix, of the 4000 block of South Albany, was shot in the left and right shoulder, mouth and hand. He was taken to Advocate Christ Medical Center in Oak Lawn, where he was pronounced dead at 9:18 a.m.

The most recent nonfatal shooting happened later Wednesday night in the Englewood neighborhood on the South Side.

The 22-year-old was standing in an alley in the 6600 block of South Union at 11:30 p.m. when he heard shots and realized he’d been hit, according to police. He was shot in the leg and taken to Advocate Christ Medical Center in Oak Lawn, where his condition was stabilized.

About five minutes earlier, a teenage boy was shot in the West Englewood neighborhood. The 14-year-old boy was standing on the sidewalk in the 5600 block of South Laflin at 11:25 p.m. when he heard shots and realized he’d been hit, police said. He suffered a gunshot wound to the left leg and was taken to Saint Bernard Hospital and Health Care Center, where his condition was stabilized.

Another man was shot 13 minutes earlier about half a mile away. The 24-year-old was shot in the head at 6:24 p.m. in the 4800 block of South Loomis, police said. He was taken to Stroger Hospital, where his condition was stabilized.

Two people were injured in a shooting less than half an hour earlier in the Chatham neighborhood on the South Side. The 21-year-old man and 17-year-old boy were in the 7900 block of South Ingleside about 6 p.m. when a vehicle approached and someone inside shot at them, according to police. The teen was shot in the back and listed in fair condition at Northwestern Memorial Hospital. The man was shot in the right leg and taken to Jackson Park Hospital, where his condition was stabilized.

A man was shot in the West Side Austin neighborhood earlier Wednesday afternoon. The 25-year-old was shot in the ankle about 2:45 p.m. in the 1400 block of North Lotus, police said. He was taken to Norwegian American Hospital in good condition.

Wednesday’s first shooting happened at 1:22 a.m. in the Uptown neighborhood on the North Side. A 27-year-old man was walking outside in the 1300 block of West Leland when someone exited a vehicle nearby and fired shots at him, according to police. He suffered a gunshot wound to the forearm and was taken to Advocate Illinois Masonic Medical Center, where his condition was stabilized.