The United States topped 27 million confirmed coronavirus cases over the weekend despite new cases and deaths dropping over the past several weeks, according to a tally by NBC News. The U.S. has seen more than 466,000 virus-related deaths since the start of the pandemic.

On Friday, the White House said President Joe Biden will use the Defense Production Act to help bolster vaccine production, at-home coronavirus testing kits and surgical gloves. The Biden administration is also considering sending face masks to every American in an effort to slow the spread of the virus.

The drive to vaccinate Americans against the coronavirus is gaining speed and newly recorded cases have fallen to their lowest level in three months, but authorities worry that raucous Super Bowl celebrations could fuel new outbreaks.

More than 4 million more vaccinations were reported over the weekend, a significantly faster clip than in previous days, according to the Centers for Disease Control and Prevention.

Nearly one in 10 Americans have now received at least one shot. But just 2.9% of the U.S. population has been fully vaccinated, a long way from the 70% or more that experts say must be inoculated to conquer the outbreak.

Newly confirmed infections have declined to an average of 117,000 a day, the lowest point since early November. That is a steep drop from the peak of nearly 250,000 a day in early January.

The number of Americans in the hospital with COVID-19 has also fallen sharply to about 81,000, down from more than 130,000 last month.

Health officials say the decline in hospitalizations and new cases most likely reflects an easing of the surge that was fueled by holiday gatherings, and perhaps better adherence to safety precautions.

The drop-off in new cases comes as fewer tests for the virus are being reported. But experts say the decline in cases is real. It is more pronounced than the apparent slowdown in testing, and it is accompanied by other encouraging signs.

WHO Head Raises Questions About Vaccines

The head of the World Health Organization said the emergence of new COVID-19 variants has raised questions about whether or not existing vaccines will work, calling it “concerning news” that the vaccines developed so far may be less effective against the variant first detected in South Africa.

At a press briefing on Monday, Tedros Adhanom Ghebreyesus said South Africa’s decision to suspend its vaccination campaign using the AstraZeneca vaccine is “a reminder that we need to do everything we can to reduce circulation of the virus with proven public health measures.”

He said there were some important caveats in the study South Africa cited as part of the rationale to delay COVID-19 immunization, noting the study’s small sample size and the fact that it was done mostly in younger, healthier participants. Tedros also called for manufacturers to be ready to quickly adapt their vaccines so that they would remain effective.

So much for the mayor's order requiring masks at Super Bowl parties. Throngs of mostly maskless fans took to the streets and packed sports bars as the clock inside Raymond James Stadium ticked down on a hometown Super Bowl win for the Tampa Bay Buccaneers.

“It is a little frustrating because we have worked so hard,” Tampa Mayor Jane Castor said during a Monday morning news conference with the Super Bowl Host Committee. “At this point in dealing with COVID-19, there is a level of frustration when you see that.”

Some 200,000 masks were handed out ahead of the game, and “a majority” of people and businesses followed the rules, she said.

To meet coronavirus protocols, the NFL capped the crowd at under 25,000 in a stadium that normally holds some 66,000 fans, and required masks.

But outside the stadium, crowds of fans who weren't wearing masks or practicing social distancing could be seen celebrating the Buccaneers' 31-9 win over the Kansas City Chiefs on Sunday night. Folks cheered, crammed into bars and hugged in several hotspots around the city — and swarmed the streets — all without masks.

Schools Plan for Potential of Remote Learning Into the Fall

After seeing two academic years thrown off course by the pandemic, school leaders around the country are planning for the possibility of more distance learning next fall at the start of yet another school year.

President Joe Biden has made reopening schools a top priority, but administrators say there is much to consider as new strains of the coronavirus appear and teachers wait their turn for vaccinations.

And while many parents are demanding that schools fully reopen, others say they won’t feel safe sending children back to classrooms until vaccines are available to even young students. Dr. Anthony Fauci, the government’s top public health expert, said late last month the Biden administration hopes to begin vaccinating children by late spring or early summer.

By then, districts will be deep into preparations for the next school year.

“As far as 2021-22, at least some part of that school year is likely still going to be pandemic response-related on the assumption that children won’t have access to the vaccine, or at least many won’t,” said Superintendent Brian Woods, of Northside Independent School District, among the largest districts in Texas.

That could mean a more teacher-friendly version of the mix of in-person and remote learning happening now, one that doesn't require teachers to simultaneously instruct two groups. That could be accomplished either by splitting staffing or rearranging schedules, he said, adding longer term may see an all-remote option for students who have moved on permanently from traditional school.

Wright, who was also battling lung cancer, died peacefully Feb. 7 with his wife Susan by his side, according to statement released by his office.

Wright said on Jan. 21 he tested positive for COVID-19 after coming in contact with someone who had the virus the week before. He said he was in quarantine and would stay that way until his doctors gave him permission to return to work.

South Africa has suspended plans to inoculate its front-line health care workers with the Oxford-AstraZeneca vaccine after a small clinical trial suggested that it isn't effective in preventing mild to moderate illness from the variant dominant in the country.

Preliminary data from a small study suggested that the AstraZeneca vaccine offers only "minimal protection against mild-moderate disease" caused by the variant in South Africa. The variant appears to be more infectious, and it is driving a deadly resurgence of the disease in the country, accounting for more than 90 percent of the COVID-19 cases, Health Minister Zweli Mkhize said Sunday night.

"The AstraZeneca vaccine appeared effective against the original strain but not against the variant," Mkhize said. "We have decided to put a temporary hold on the rollout of the vaccine. ... More work needs to be done."

The study, which hasn't yet been peer-reviewed, involved 2,000 people, most of whom were young and healthy. The volunteers' average age was 31.

In an interview with LX News, Dr. Anthony Fauci addressed the multiplying mutations of the coronavirus, including a U.K. variant that is thought to be more deadly as well as more contagious. Watch the full interview with Dr. Fauci on NBCLX this Tuesday at 8 a.m. and 8 p.m. ET.

COVID Reinfections May Be More Common Than Realized. Why Isn't the US Tracking Them?

As millions of Americans struggle to recover from COVID-19 and millions more scramble for the protection offered by vaccines, U.S. health officials may be overlooking an unsettling subgroup of survivors: those who get infected more than once, NBC News reports.

Identifying how common reinfection is among people who contracted COVID-19 — as well as how quickly they become vulnerable and why — carries important implications for our understanding of immunity and the nation’s efforts to devise an effective vaccination program.

That sounds like a rather insignificant number. But scientists’ understanding of reinfection has been constrained by the limited number of U.S. labs that retain COVID-19 testing samples or perform genetic sequencing. A Kaiser Health News review of surveillance efforts finds that many U.S. states aren’t rigorously tracking or investigating suspected cases of reinfection. 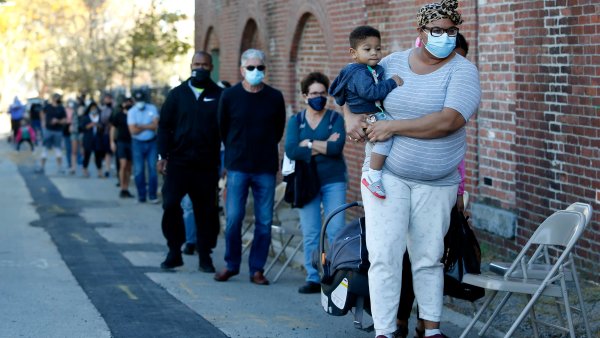 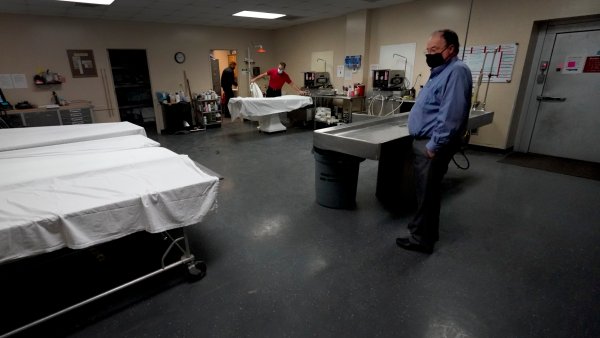 In Pandemic, More People Choose to Die at Home