U.S. coronavirus infections have become the most in the world amid warnings that the pandemic is straining medical resources in cities like New York, Chicago and Detroit

The United States became the first country to exceed 100,000 confirmed cases of the new coronavirus late Friday afternoon, according to a count by Johns Hopkins University. 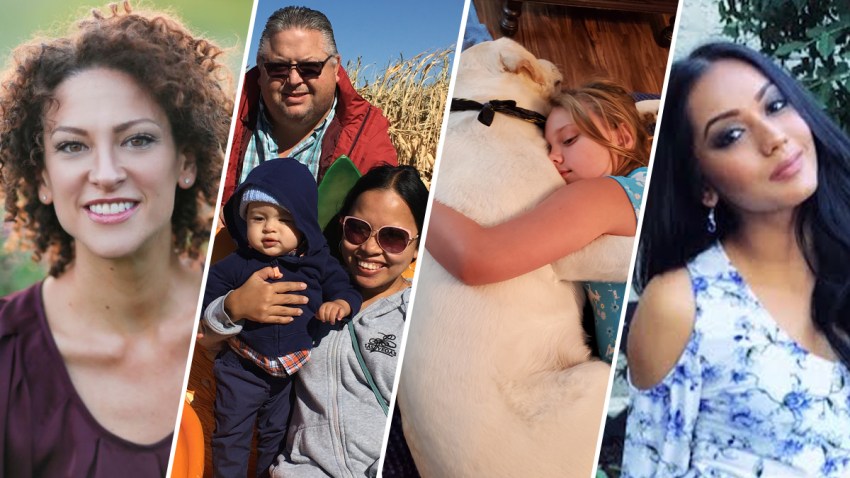 Life Across America During the Coronavirus Pandemic: Stories About How You Are Coping

Here are the latest developments in the coronavirus crisis in the U.S.:

First-term Michigan State Rep. Isaac Robinson died Sunday, according to this mother, who said she suspects her son's death could be related to the coronavirus. He was 44.

Former Rep. Rose Mary C. Robinson said her son died hours after being transported to the hospital for breathing problems and the family suspected he suffered from COVID-19, but he had not been tested for the virus that causes the disease. A cause of death was not immediately released.

Isaac Robinson, a Democrat from Detroit who did not attend the last House session this past week, was transported by ambulance early Sunday morning to the Detroit Medical Center hospital, said his mother, who also was a former Democratic representative from Detroit.

Robinson was a lawyer who was elected in 2018 to represent the 4th District in the Michigan House of Representatives, succeeding his mother in office.

Drug That Could Possibly Treat Virus Donated to Feds

The federal government said Sunday that it accepted millions of doses of a drug that scientists are studying as a possible treatment for COVID-19, NBC News reports.

The oral prescription drugs are used to treat malaria, but there’s anecdotal evidence they may help patients suffering from COVID-19.

The donations were announced one day after the Centers for Disease Control and Prevention warned people against using a non-pharmaceutical version of the drugs. Last week, an Arizona man died and his wife became critically ill after they consumed it in a parasite treatment for fish.

Dr. Anthony Fauci, the country's top expert on infectious diseases, said Thursday he feels good about prospects for a vaccine to prevent COVID-19. "You're going to be hearing over the next months or more about different drugs that are going to go into these different randomized control trials," he said. "And I feel confident, knowing about what this virus is and what we can do with it, that we will have some sort of therapy."

Two of the nation's largest and hardest hit cities are now using alternative hospitals to help with the influx of patients in recent days.

In New York City, an emergency field hospital is being erected in Central Park, WNBC reports. The 68-bed facility, which is specifically designed as a respiratory care unit, is expected to open Tuesday. On Monday, the USNS Comfort is set to arrive with 1,000 additional medical beds. The Navy hospital ship also brings to the city an additional 12 operating rooms and a full medical staff.

In Los Angeles, the city's convention center is being set up to serve as a federal field hospital, KNBC reports. California's National Guard helped prepare the center Sunday, Mayor Eric Garcetti said. Like New York City, Los Angeles also has a navy medical ship on hand to assist. The Mercy, which contains beds and arrived Friday, has received its first three patients. It will not be taking coronavirus patients, Garcetti said.

The USNS Mercy arrived in Los Angeles on Friday morning to help hospitals strained under the influx of coronavirus patients.

The CDC has issued a domestic travel advisory for New York, New Jersey and Connecticut as President Donald Trump walked back his consideration for a quarantine.

Trump told reporters that he had spoken with Republican Gov. Ron DeSantis of Florida, among others, and that “a lot of the states that are infected but don’t have a big problem, they’ve asked me if I’ll look at it so we’re going to look at it.”

New York Gov. Andrew Cuomo, who criticized the federal government’s response as his state became the country’s virus epicenter, said the issue had not come up in a conversation he had with Trump earlier Saturday.

“I don’t even know what that means,” the Democrat said at a briefing in New York. “I don’t know how that could be legally enforceable, and from a medical point of view, I don’t know what you would be accomplishing. ... I don’t like the sound of it.”

New York Governor Andrew Cuomo made an emotional speech to the National Guard on Friday, thanking them for converting the Jacob K. Javits Center in Manhattan into a hospital.

The number of coronavirus cases in New York has soared to more than 53,520 with deaths passing 1,000 by Sunday night, according to a chart by John Hopkins University.

New York City has shouldered the brunt of the impact, with nearly 30,765 cases across the five boroughs. Most of the patients are younger than 50.

"This doesn't attack the strong among us. It attacks the weak among us, the people we're supposed to protect," Cuomo said Friday. "These are our parents, our aunts and uncles, a relative who is sick. Every instinct says protect them, they need us. But those are the exact people this enemy attacks."

Bracing the nation for a death toll that could exceed 100,000 people, Trump on Sunday extended restrictive social distancing guidelines through April, bowing to public-health experts who presented him with even more dire projections for the expanding coronavirus pandemic.

It was a stark shift in tone by the president, who only days ago mused about the country reopening in a few weeks. From the Rose Garden, he said his Easter revival hopes had only been "aspirational."

President Donald Trump said on Sunday that the federal government's social distancing guidelines will be extended by two weeks and continue until April 30.

Life Across America During the Coronavirus Pandemic: Stories About How You Are Coping

Diana Farrell is pregnant in her third trimester, home with a toddler who is healthy now but who has had multiple lung infections and other illnesses over the last five months. A classical soprano who herself is recovering from pneumonia unrelated to the coronavirus pandemic, her performances have all been canceled or postponed.

“We are in total isolation to keep us both safe as possible, so my husband must report to work and make necessary runs for provisions,” said Farrell, who lives in Rancho Santa Margarita, in Orange County, California.

As the United States struggles to slow the spread of the novel coronavirus, and local and state governments shut down nonessential businesses, people are grappling with how to survive during a pandemic unlike any in modern times. They are despairing over finances, fearful for themselves, their relatives and neighbors, uncertain about the future and watching a world come to a stop.

“I pray for the health and safety for the world,” said Sarah Miller of Bedford, Texas, a self-employed pet sitter and dog walker who has watched her business evaporate. We are all in this together.”

NBC Owned Television Stations asked viewers and readers how their lives have changed in the last two weeks. Read their stories here.

NBC Owned Television Stations across the country asked our viewers and readers about your lives since coronavirus struck the country, leaving people grappling with how to survive during a pandemic unlike any in modern times.
The Associate Press/NBC