Working from home is not an option for the millions of waiters, delivery workers, cashiers, ride-hailing drivers, museum attendants and countless others who routinely come into contact with the public

A barber in Beijing is supporting his wife and child by charging food and other expenses to a credit card while he waits for his employer's shop to reopen. A waiter at a barbecue restaurant in Kansas City, Missouri, washes his hands more often and hopes for the best. A parcel delivery driver in Britain worries about getting sick from the people who sign for their packages.

While white collar workers trying to avoid contagion can work from home or call in sick if they experience symptoms of the virus, such precautions are not an options for the millions of waiters, delivery workers, cashiers, ride-hailing drivers, museum attendants and countless others who routinely come into contact with the public.

Their dilemma is compounded by spotty sick leave policies or inadequate health insurance coverage, which leave them vulnerable to the fast-spreading coronavirus that has already claimed thousands of lives and put them in a financially precarious position.

"The recommendations on what people should be doing to protect themselves really gives a sharp indication of the divide between white collar and blue collar workers," said Shannon Liss-Reardon, a workers rights attorney in Boston. "Our social safety net is just not equipped at this moment to deal with a crisis like this, and it will disproportionately affect the most vulnerable low wage workers."

While tech companies like Facebook, Amazon and Microsoft have implemented work-from-home policies, only 29% of U.S. workers have that option, according to the Bureau of Labor Statistics. That means retail workers like Mendy Hughes must fend for themselves. The Walmart cashier in Malvern, Arkansas, serves hundreds of people a day and her big worry is what will happen to her income if she catches the virus or comes in contact with someone who's had it and must self-quarantine for 14 days.

Hughes, a diabetic and mother of four, gets 48 hours of sick leave a year but she fears it wouldn’t be nearly enough time to recover.

In the United States, about 27% of private sector workers don’t have access to paid sick leave, according to the Bureau of Labor Statistics. Some countries, like Britain, are looking into helping out its non-permanent workers. There is no federal sick leave policy in the U.S., but 12 of the 50 states and Washington D.C. require employers to offer paid sick leave. 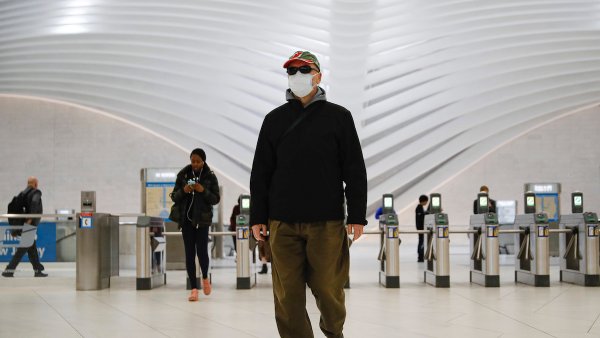 It Takes an Average of 5 Days for Virus Symptoms to Show, Study Says 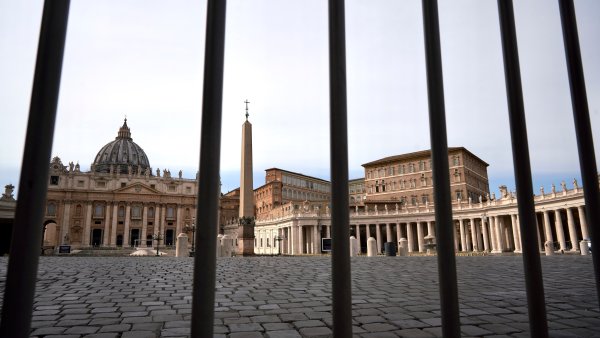 Italy on Nationwide Lockdown as Virus Cases There Top 10,000

Some House and Senate Democrats have been pushing legislation that would require employers to allow workers to accrue seven days of paid sick leave and to provide an additional 14 days in the event of any public health emergency, including the current coronavirus crisis. President Donald Trump said he was seeking help for hourly-wage workers to ensure they’re "not going to miss a paycheck," and he would outline the proposals Tuesday.

In Britain, parcel delivery driver Ed Cross worries about catching the virus from the machine he hands people who sign for their packages.

"People have coughed on their hand and then got hold of my machine and you sort of make a joke of it trying to point it out," Cross, 53, said. "But yeah, it's what we face daily."

"We only have to go to the wrong house and we could catch it, as simple as that," said Cross, who on a recent day handed packages to 110 people on his route in Whitby, northern England.

Vice President Mike Pence told reporters on Monday that he has not been tested for the coronavirus and is unsure if President Donald Trump has been tested despite their exposure to an infected person at CPAC last week.

The British government last week made it easier to collect statutory sick pay and is working on changes to help millions of non-permanent workers like Cross who aren't eligible for it. In a sign the industry is waking up to the problem, his parcel company, Hermes, announced a 1 million pound ($1.3 million) fund to help couriers who need to self-isolate.

Uber, meanwhile, said it would compensate drivers and couriers for up to 14 days if they get sick or have to be quarantined.

The viral outbreak has revealed gaping holes in health care coverage at a time when people may need it most. Most European countries and Canada have universal healthcare systems, but the U.S. relies on a patchwork of public and private insurance. About 69% of private industry workers in the U.S. have access to healthcare benefits, but that drops to 43% of service workers. U.S. employers with 50 or more employees are required to offer health insurance. But the same protection isn't provided to part-time workers or independent contractors.

Waiter Joey Ingham, who works at a barbecue restaurant in Kansas City, Missouri, popular with business travelers, says he doesn't have insurance. His protection? Washing his hands more often.

President Donald Trump spoke at a press conference on Monday alongside Vice President Mike Pence and the administration’s Coronavirus Task Force. Trump announced “dramatic” economic measures would be proposed to Congressional leadership on Tuesday. In the United States, the coronavirus has infected more than 600 people and killed more than 26.

"If I wasn’t able to come into work, it would be hard to make ends meet," said Ingham, who waits on 80 to 120 people a shift. If he felt sick, he'd "probably talk to a manager" about what to do, but noted management hasn’t yet outlined any policies.

"We won’t have a fully insured population until we get universal healthcare," he said. "There are going to be these huge gaps. The burden is falling on the poorest and most vulnerable in our society. This is just another example."

The American Academy of Family Physicians recommends workers without insurance contact a local health department or community health center for help. The U.S. Centers for Disease Control and Prevention recommends emergency room visits only for patients who are very sick.

In France, where people have the right not to work and get full pay when they consider their workplaces to be dangerous, some service staff briefly stayed home because of contagion concerns. Workers at the Louvre, the world’s most-visited museum, refused to work for two days and were only coaxed back after management introduced a raft of new anti-virus measures.

In China, where the outbreak has been raging for two months, many service industry workers have it far worse, with business evaporating as people are forced to hunker down at home.

A barber in Beijing who would give only his surname, Long, said he is supporting his wife and child by charging food and other expenses to a credit card while he waits for his employer to reopen.

"I can ask for sick leave or compassionate leave, but I get nothing without working," said Long, 33.

Jiang Yanlin, a tour guide in eastern China’s Huangshan region, said she hasn’t earned anything since mid-January and doesn’t have any social welfare benefits to fall back on. Usually she can earn up 300 yuan ($42) a day during the normally busy Lunar New Year holiday.

"If I don't work, I don't get paid. Everyone here in the Huangshan tourist zone is like this," said Jiang, 33. "No one is coming to travel. Everyone is so scared."