Omicron Sweeps Across US, Accounts for 73% of New COVID Cases

Omicron has raced ahead of other variants and is now the dominant version of the coronavirus in the U.S., accounting for 73% of new infections last week, federal health officials said Monday.

The Centers for Disease Control and Prevention numbers showed nearly a six-fold increase in omicron's share of infections in only one week.

In much of the country, it's even higher. Omicron is responsible for an estimated 90% or more of new infections in the New York area, the Southeast, the industrial Midwest and the Pacific Northwest. The national rate suggests that more than 650,000 omicron infections occurred in the U.S. last week. Fauci Says Omicron Variant Is `Just Raging Around the World' 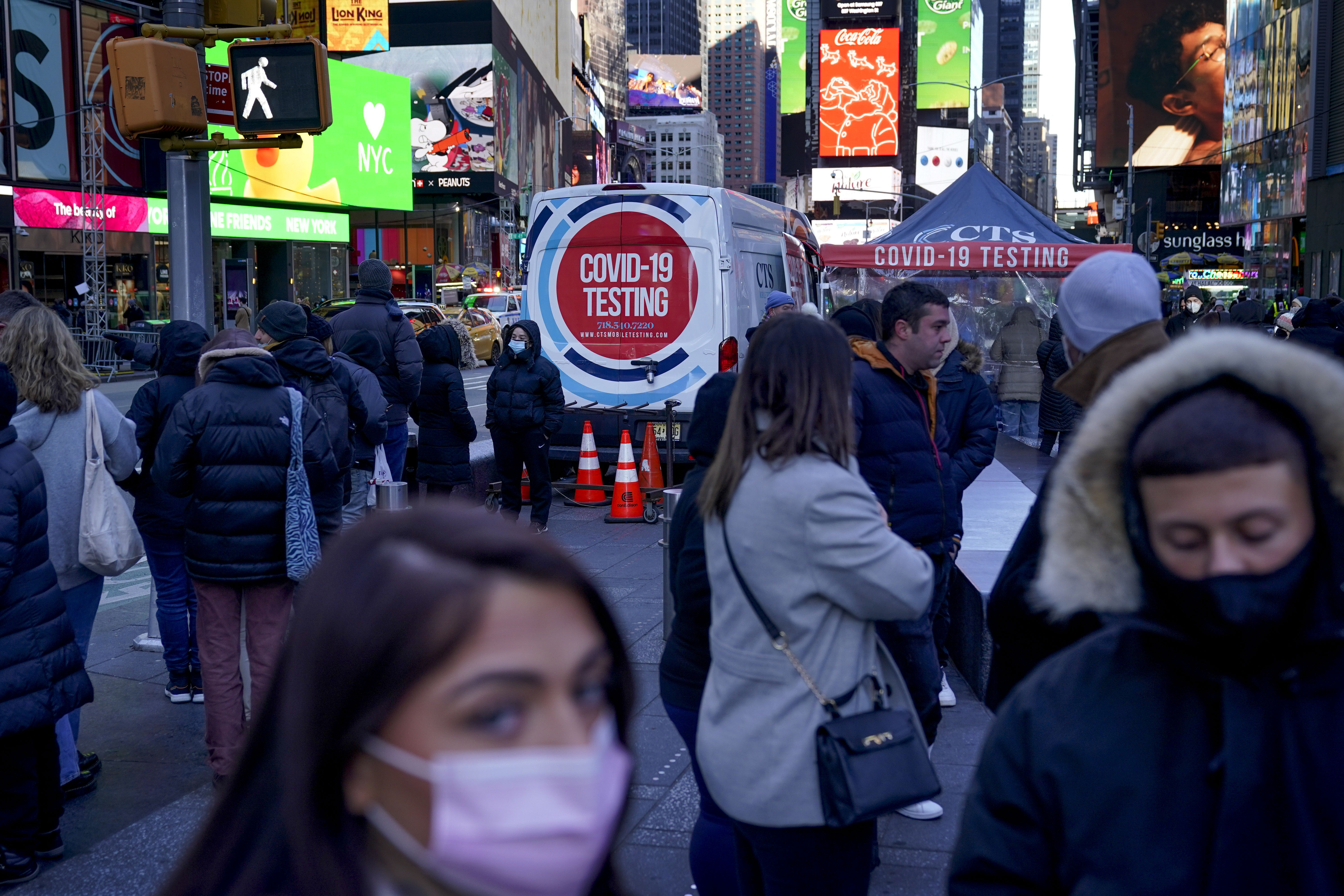 Virus Fears Widen as Omicron Variant Takes Hold Across US

Additionally, health officials in Houston, Texas, on Monday announced what is thought to be the first omicron-related death in the U.S., NBC News reports. The Harris County Public Health department said the death was an unvaccinated man older than 50 and had been infected with the coronavirus twice.

Since the end of June, the delta variant had been the main version causing U.S. infections. As recently as the end of November, more than 99.5% of coronaviruses were delta, according to CDC data.

“These numbers are stark, but they’re not surprising,” she said.

Scientists in Africa first sounded the alarm about omicron less than a month ago and on Nov. 26 the World Health Organization designated it as a “variant of concern." The mutant has since shown up in about 90 countries.

Much about the omicron variant remains unknown, including whether it causes more or less severe illness. Early studies suggest the vaccinated will need a booster shot for the best chance at preventing omicron infection but even without the extra dose, vaccination still should offer strong protection against severe illness and death.

“All of us have a date with omicron,” said Dr. Amesh Adalja, a senior scholar at the Johns Hopkins Center for Health Security. “If you’re going to interact with society, if you’re going to have any type of life, omicron will be something you encounter, and the best way you can encounter this is to be fully vaccinated.”

Adalja said he was not surprised by the CDC data showing omicron overtaking delta in the U.S., given what was seen in South Africa, the U.K. and Denmark. He predicted spread over the holidays, including breakthrough infections among the vaccinated and serious complications among the unvaccinated that could stress hospitals already burdened by delta.

Public health officials have been cautious after the surge of the Omicron variant of the coronavirus, says NBC News medical correspondent Dr. John Torres. "We now understand we have to try and stay a step ahead of this virus - and by doing that we might shut down things that don't necessarily need to be shut down," he said. But the alternative — not being cautious — could lead to cases "getting out control."

Dr. Eric Topol, head of the Scripps Research Translational Institute, said other countries had seen omicron's fast growth, but the U.S. data showed “a remarkable jump in such a short time.”

Topol also said it’s unclear how much milder omicron really is compared with other variants.

“That’s the big uncertainty now,” Topol said. “We have to count on it being a lot of hospitalizations and a lot severe disease from omicron.”

CDC’s estimates are based on thousands of coronavirus specimens collected each week through university and commercial laboratories and state and local health departments. Scientists analyze their genetic sequences to determine which versions of the COVID-19 viruses are most abundant.

On Monday, the CDC revised its estimate for omicron cases for the week that ended Dec. 11, after analyzing more samples. About 13% of the cases that week were from omicron, not the 3% previously reported. The week before, omicron accounted for just 0.4% of cases.

CDC officials said they do not yet have estimates of how many hospitalizations or deaths are due to omicron.

Though there remain a lot of new infections caused by the delta variant, “I anticipate that over time that delta will be crowded out by omicron," Walensky said.