Illinois on Friday saw its biggest daily spike in cases since the coronavirus began in the state this year, but that doesn't mean the state has reached its peak, health officials said.

Both Illinois Department of Public Health Director Dr. Ngozi Ezike and Gov. J.B. Pritzker said they do not believe the state has reached its peak number of cases, despite the spike.

The rise in cases was expected as health officials believe the state is "flattening the curve," Ezike said. She also noted an increase in testing played a role in the increase.

"If you have this kind of curve, but you flattened it, it means it takes longer to get to the lower peak, but it takes longer to get there," Ezike said. "So one of the byproducts of being able to flatten the curve is that you will delay a peak and maybe it's not a peak where you go straight up and down. But maybe, if I can use a term, plateau, where you're kind of flattened for a while."

As Illinois prepares to enter its fourth week of a stay-at-home order, the state's total number of cases sat at 27,575, an increase of 1,842 in the last 24 hours. An additional 62 deaths were also reported, bring the statewide death toll to 1,134.

"It's never encouraging to see a number go up and not down," Pritzker said.

The news comes one day after Illinois saw its deadliest day of the coronavirus crisis so far.

Illinois health officials have said data shows the "doubling rate" of cases has slowed, an indication of the curve flattening.

"We're in a period where you can see it bending. We can see the slowing of the development of people ending up in hospitals and in ICU beds," Pritzker said. "The fatalities are often a lagging indicator... of where you are in the curve. It isn't flat yet. I would like it to be flat and have some confidence that it will start following."

Still, Pritzker also announced Friday that schools across the state would remain closed for the rest of the school year.

Multiple Chicago suburbs are now requiring masks in public places like grocery stores and Pritzker has said he is "seriously considering" making it a statewide requirement.

Officials say more than 90 of the state's 102 counties have now reported cases of the virus and more than 100,000 people have already been tested statewide. Chicago and Cook County remain the areas hardest hit by infections.

Illinois remains under a stay-at-home order until April 30 but Pritzker said a decision on whether it will be extended into May is coming. Wisconsin Gov. Tony Evers extended the state order to May 26 on Thursday and Indiana's governor pushed his state's order to May 1. 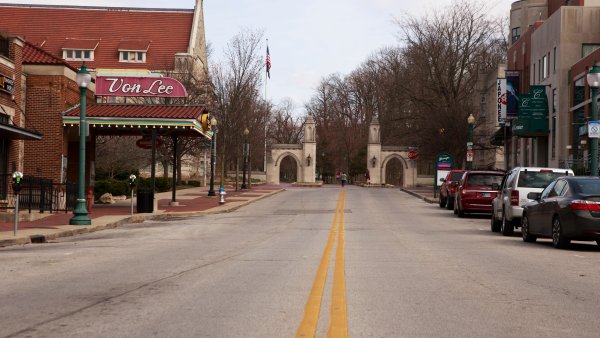 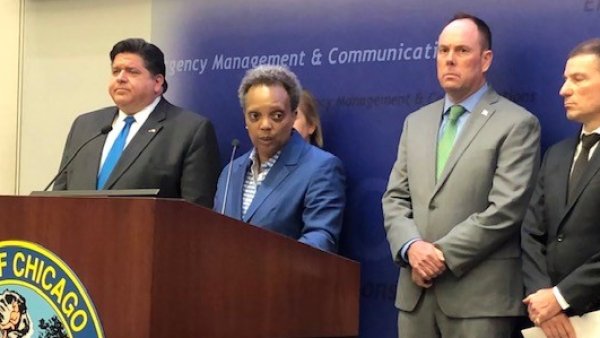 Pritzker and other officials have warned the public to continue abiding by social distancing guidelines and stay-at-home orders.

"We still have a ways to go," Ezike said Wednesday.