IDPH to File Emergency Rules on Masks for Businesses, Schools and Child Care

Though the rules do not apply to individuals, Pritzker said they would "provide flexibility for local communities"

Under the rules, which still require approval, businesses, schools and child care facilities could face fines of up to $2,500 for refusing to comply.

"As I’ve visited with and listened to mayors and health departments all across our state, it’s clear there is still an even greater need to get people to wear masks – especially to protect frontline workers, whether they’re at the front of a store asking you to put on your mask or whether they’re responding to 911 calls to save those in distress,” Pritzker said in a statement. “These rules, which provide multiple opportunities for compliance before any penalty is issued, are a commonsense way to enforce public health guidelines. Illinois has made substantial progress in our fight against COVID-19 because the vast majority of communities and business owners have done the right thing. These rules will help ensure that the minority of people who refuse to act responsibly won’t take our state backward.”

Coronavirus by the Numbers: Metrics in Each of Illinois' 11 Health Care Regions 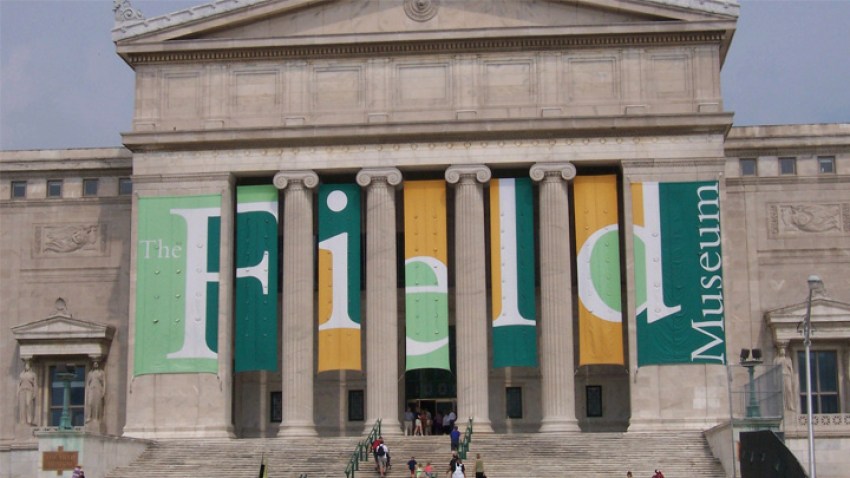 Though the rules do not apply to individuals, Pritzker said they would "provide flexibility for local communities." The order still needs to be approved by the Joint Committee on Administrative Rules, a bipartisan group which will meet next week.

Under the proposed rules, the process for enforcing mask and social gathering restrictions will include:

“We know that face coverings are key to helping prevent the spread of COVID-19, but it only works if everyone wears them,” IDPH Director Dr. Ngozi Ezike said in a statement. “We are seeing cases increasing each day and hearing about people not complying with the masking mandate. This rule is an effort to help keep all of us healthy and decrease the risk of contracting COVID-19.”

Pritzker said while many businesses already enforce the mask mandate, some even putting employees outside to ensure customers coming in are wearing face coverings, "there are some businesses that aren't doing that and they need to be reminded and reminded and then fined if they are not following this rule for the state of Illinois."

Earlier this week, the governor indicated he had asked the Joint Committee on Administrative Rules to "consider a rule that would impose fines when people are not requiring masks to be worn."

"They didn't want to do that," he said. "They wanted to consider legislation and then didn't bring up that legislation. So we are certainly considering what rule we could put in place that JCAR would approve."

“This proposed rule lacks common sense and is a slap in the face to the thousands of retailers who have sacrificed so much during this pandemic while actively supporting ever-changing health and safety guidelines adopted by the state. Indeed, many of the guidelines ultimately adopted by the state were modeled by retailers well before they were implemented by the state,” Rob Karr, president and CEO of the Illinois Retail Merchants Association, said in a statement. “If the goal is to put public health above politics, the administration will amend the rule to focus enforcement efforts on individuals who are not complying instead of punishing and attempting to demonize innocent businesses. State officials have for months complained about improper behavior by individuals at parties, parks, and other public places, yet they are specifically exempting individuals from enforcement. The Governor is right – this is a make or break moment for the state. Either the administration will support the
businesses who have been on the front line of this pandemic and focus efforts
on the individuals who are not complying with the face covering mandate, or
they risk squandering this moment in time.”

Pritzker announced a new $5 million public awareness campaign on Monday with the tagline "It only works if you wear it," to encourage residents to wear face coverings. The initiative compares masks to seat belts in cars, bicycle helmets, life jackets and more in their life-saving capabilities.

When asked his thoughts on imposing fines against people who do not wear masks in public - akin to tickets for those who don't wear seat belts while in a moving vehicles - Pritzker said he believed it's worth considering fines, but at the local level.

"The first thing is to ask them, remind people, it's often the case people have it in their pocket," he continued. "They have it with them or they have one at home and they've just forgotten. And it's time for them to remember now that they need to wear it."

But Pritzker pointed to the people willfully disregarding the mandate as those who may need to have consequences imposed.

"People who refuse to wear a mask, people who are entering public premises where they know they're supposed to wear a mask and who have been reminded, and who aren't - those people certainly should be, you know, reminded again by police and ultimately, if they're absolutely refusing in public, they're putting other people at risk. So it's worthy of considering fine at a local level," he said.

Pritzker added that the same principle held true for businesses like bars and restaurants, among others, calling it "very difficult for many owners" to enforce the mask mandate without having some form of authority, be it public health officials or police, assist in reminding or warning patrons.

"I've said from the very beginning, the best thing for us to do is simply to remind people, this is going to keep you healthy and your family healthy," Pritzker continued, noting that the reinforcement had worked for "the vast majority of people in Illinois."

During his coronavirus press briefing Wednesday, Pritzker issued warnings about a pair of worrying trends developing in the state as coronavirus cases continue to rise.

“The largest increases in cases are occurring among young people, especially between the ages of 20 and 29,” Pritzker said. “Second, the percentage of the population contracting COVID-19 outside of the Chicago region has dramatically increased."

On Thursday, Illinois reported its highest number of daily cases in recent weeks.

According to data from the Illinois Department of Public Health, the state saw 1,953 new cases in 24 hours, bringing the total number of coronavirus cases since the pandemic began to 188,424.

The number is the highest daily case increase since May 24, which saw more than 2,500 new cases in a single day. That date also reported significantly fewer test results, however.