Hong Kong Disneyland will once again shutter its gates after a spike of new coronavirus cases in Hong Kong.

The park had reopened less than a month ago after closing in January during the first surge of Covid-19 cases in the region. Guests and staff were required to wear face masks, social distance and submit to temperature screenings upon entering the park.

Hong Kong’s government decided to limit group gathering to four people from 50, a measure last seen in March. Twelve different types of businesses, including gyms and gaming centers, are being forced to shutdown for a week and restaurants will only be allowed to give out takeaway after 6:00 pm. 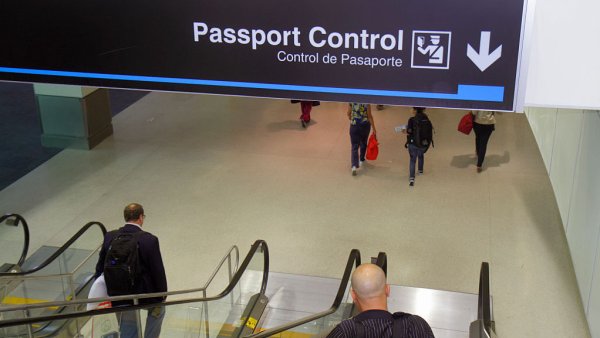 Vaccinated Foreign Visitors Will Be Allowed to Enter US Starting Nov. 8

“As required by the government and health authorities in line with prevention efforts taking place across Hong Kong, Hong Kong Disneyland park will temporarily close from July 15,” Disney said in a statement Monday. “The Hong Kong Disneyland Resort hotels will remain open with adjusted levels of services. They have put in place enhanced health and safety measures that reflect the guidance of health and government authorities, such as social distancing measures and increased cleaning and sanitization.”

The news of the park’s closure comes as Disney’s Magic Kingdom and Animal Kingdom reopened in Orlando, Florida on Saturday. Epcot and Hollywood Studios are scheduled to reopen on Wednesday. All of the Walt Disney World parks had been shuttered since mid-March.

Disney is one of the last theme parks to reopen in Florida. Universal Studios and SeaWorld previously reopening in early June.

Disclosure: NBCUniversal is the parent company of Universal Studios and CNBC.