The Biogen conference in Boston, according to a new study, is responsible for roughly 1.9% of all U.S. cases since the pandemic began.

A biotech conference held at a Boston hotel in late February that had already been blamed for the initial spread of the coronavirus in eastern Massachusetts has now been tied to hundreds of thousands of cases of the virus globally.

The two-day Biogen conference at the Boston Marriott Long Wharf hotel is responsible for infecting as many as 330,000 people with COVID-19 worldwide, according to a new study published Thursday in the journal Science.

"Because SARS-CoV-2 viruses circulating at the conference happened to be marked by distinct genomic signatures, we were able to track its downstream effects far beyond the superspreading event itself, tracing the descendants of the virus as they made a large contribution to the local outbreak in the Boston area and as they spread throughout the US and the world, likely causing hundreds of thousands of cases," the study read.

The stunning figure is a far cry from previous reports about the superspreading event held on Feb. 26 and Feb. 27 that was already believed to have contributed substantially to the spread of the virus outside of Massachusetts. A prior report from dozens of scientists at the Broad Institute and Mass General Hospital posited the event led to as many as 20,000 coronavirus cases.

Is It Time to Get a COVID-19 Booster? Which One? What You Need to Know 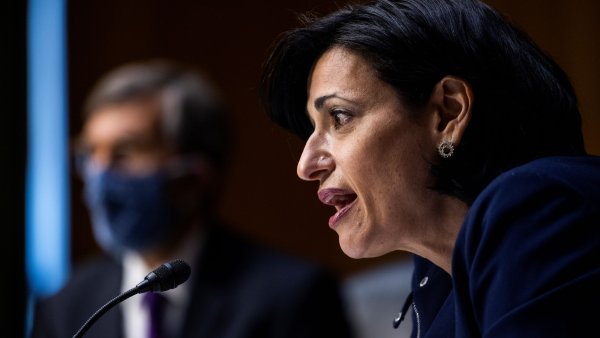 A conference held by Biogen in February may have led to 20,000 coronavirus cases, according to a new study.

Nearly 100 people became ill following the Cambridge-based company's leadership conference, prompting the Marriott hotel to shut down in mid-March, but it was too late. Conference attendees had already hopped on planes to head home to destinations around the world, before many public health precautions were put in place. The spread took off like wildfire.

Researchers said they used genetic code to track down how those cases spread once conference attendees arrived at their destinations. Scientists used viral genome sequencing and phylogenetic analysis from 28 samples collected with known conference exposure between March 5 and March 11 to show that there was extensive spread within Massachusetts and elsewhere.

The spread increased in frequency and was long-lasting, the study's findings show. By Nov. 1, viruses connected to the conference could be found in 29 U.S. states and several countries, including Australia, Slovakia and Sweden.

While Massachusetts accounted for most of the early spread related to the gathering, Florida accounted for the greatest proportion of cases overall. Other states with the largest numbers of cases linked to conference participants returning from the meeting include North Carolina and Indiana.

Officials say that the woman who flew to China despite having COVID-19 symptoms faces charges.

The conference, according to the study, is responsible for roughly 1.9% of all U.S. cases since the pandemic began.

"While these estimates are provisional, they convey the likely scope of regional, national, and international spread resulting from a single superspreading event early in the pandemic," the authors said in the study.

The estimates do not account for subsequent transmission of the virus -- there have been 4 million new COVID-19 infections in the US in November.

Analyzing the first wave of the COVID-19 outbreak in the Boston area provides powerful evidence of the importance of superspreading events in shaping the course of this pandemic, according to the study's authors.

Researchers said the takeaway here is the close relationships between seemingly disconnected groups and populations; it's a lesson in "superspreader" events. Viruses from international business travel related to the Biogen conference in Boston seeded major outbreaks among people experiencing homelessness, spread throughout the Greater Boston area including to other higher risk communities, and were exported to other domestic and international sites, the study's findings revealed.