Dow futures were steady Wednesday even as the 10-year Treasury yield jumped to a new 13-month high ahead of the Federal Reserve's post-meeting release of new economic and interest rate projections and Chairman Jerome Powell's news conference. However, Nasdaq futures slumped about 1%, in step with recent pressure when bond yields rise. (CNBC)

As bond yields rise on concerns about inflation, Powell needs to convince traders that easy current Fed monetary measures won't overheat a recovering economy that just got another Covid stimulus boost. The Fed concludes its two-day March meeting Wednesday afternoon, with no one expecting any change in policy. (CNBC)

New daily Covid cases in the U.S., down about 80% from early January, continued to fall as immunity protection increases from vaccinations and high levels of prior infection. More than 15% of the U.S. adult population has been fully vaccinated, according to the Centers for Disease Control and Prevention.

* Vaccination sites added to Apple Maps; millions to get stimulus checks (CNBC)
* Extra $300 unemployment pay may not arrive until April or late (CNBC)

While heading in the right direction, health officials say those U.S. vaccination numbers need to go much higher to stomp out the disease, which killed an average of 1,285 people in America over the past seven days, according to Johns Hopkins University data.

Former President Donald Trump urged people to be vaccinated against the coronavirus, saying he would recommend it to "a lot of people that don't want to get it, and a lot of those people voted for me." However, in a Fox News interview Tuesday night, Trump acknowledged that people were free to decide for themselves whether to get shots. (AP)

Catalent (CTLT) plans a major expansion of Covid vaccine production in Europe, according to people familiar with the matter who spoke to The Wall Street Journal. The contract drug manufacturer will double production of Johnson & Johnson's (JNJ) vaccine by starting a new production line at an Italian plant during the fourth quarter. 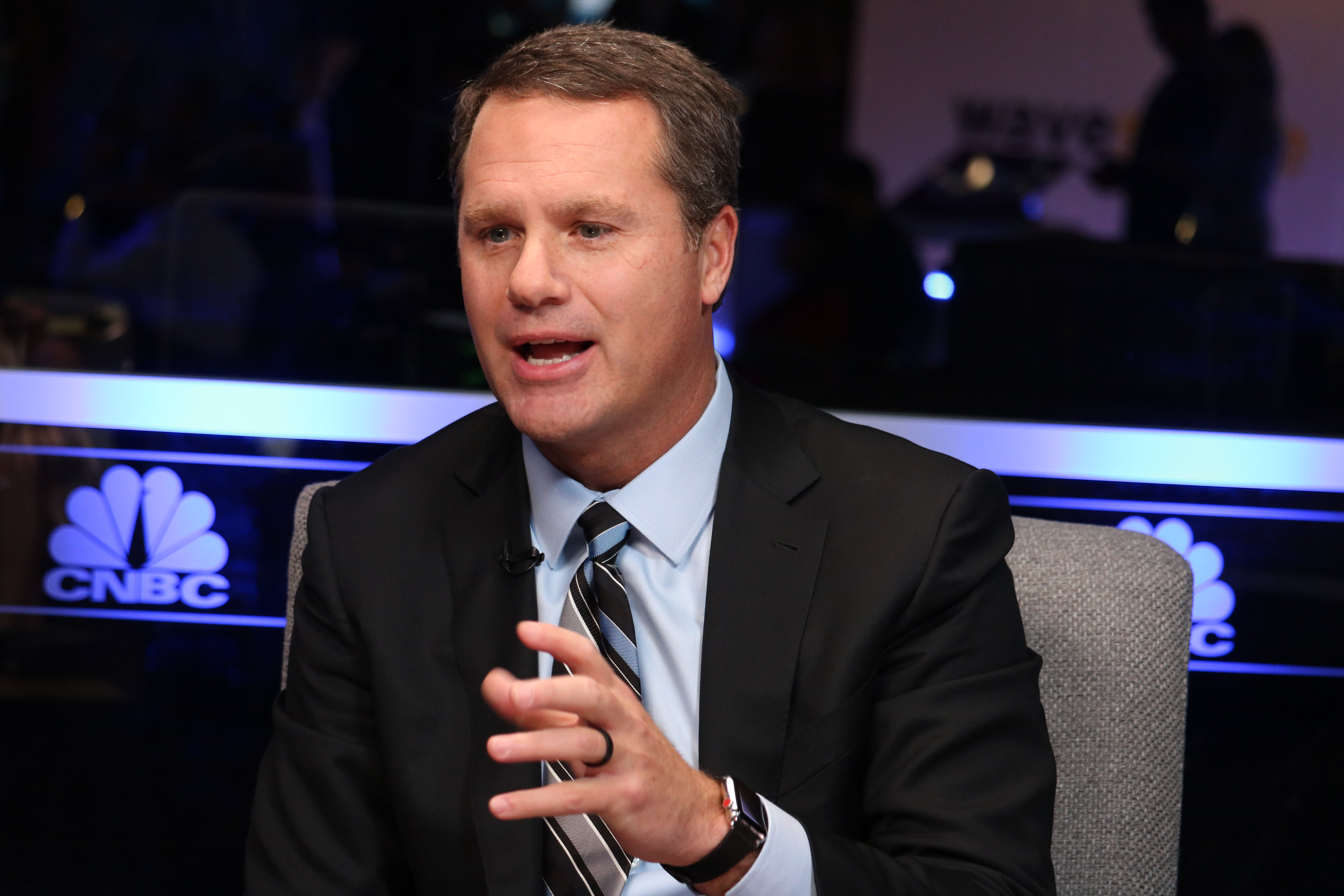 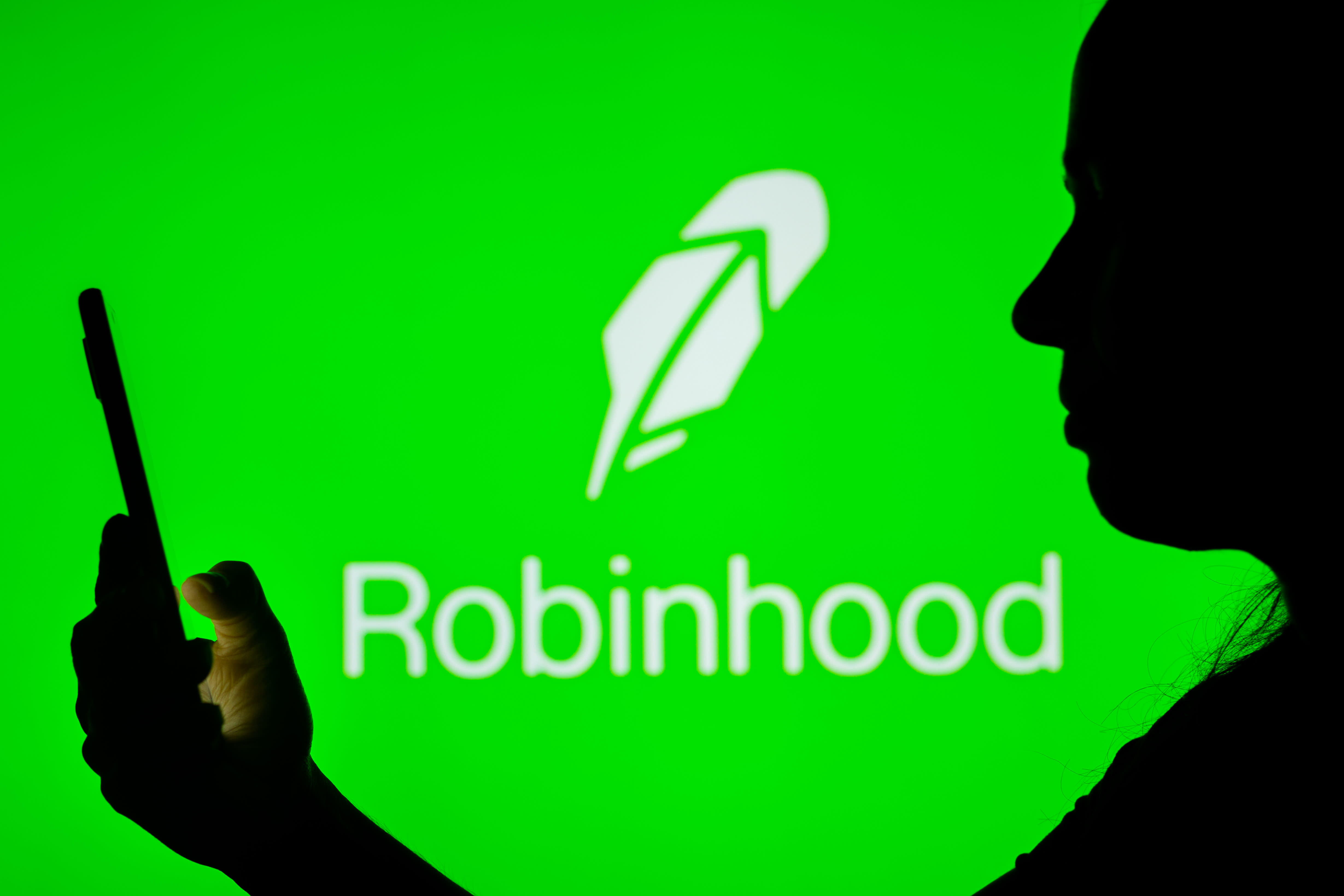 The White House is setting low expectations ahead of Secretary of State Antony Blinken and national security advisor Jake Sullivan's first face-to-face meeting with their Chinese counterparts in Anchorage, Alaska, on Thursday. According to a senior Biden administration official, the two sides won't deliver a joint statement and no major announcements are expected. (AP)

Uber will reclassify all U.K.-based drivers as workers, in the wake of losing a major labor battle there earlier this year. Under the new designation, more than 70,000 drivers in the U.K. will get some benefits, including a minimum wage, holiday time and pension contributions. Shares of Uber fell 1.5% in U.S. premarket trading. (CNBC)

Biden said in a new interview that Democratic New York Gov. Andrew Cuomo should resign if an investigation confirms allegations by multiple women that Cuomo sexually harassed them. "If those claims are confirmed, Biden said, "I think he'll probably end up being prosecuted, too." (CNBC)

Shootings at two massage parlors in Atlanta and one in the suburbs last night left eight people dead, many of them women of Asian descent, authorities said. A 21-year-old man suspected in the shootings was taken into custody in southwest Georgia hours later after a manhunt, police said. (AP)

Tiger Woods is back at home in Florida to resume his recovery from career-threatening leg injuries he suffered when his SUV ran off a road and down a hill in the Los Angeles suburbs last month. The golfer thanked the medical staff at both of the hospitals that took care of him. (AP)

Elon Musk withdrew his offer to sell one of his tweets as a non-fungible token Tuesday, even though a bidder had offered more than $1 million for the digital asset. The Tesla and SpaceX CEO reneged on his NFT offer, saying "Actually doesn't feel quite right selling this. Will pass." (CNBC)

Lennar (LEN): The homebuilder reported quarterly earnings of $2.04 per share, beating the consensus estimate of $1.71 a share. Revenue beat estimates as well, helped by low interest rates and solid demand. The company said that demand remains strong despite a recent rise in rates. Lennar added 1% in the premarket.

Coupa Software (COUP): The provider of financial management software earned 17 cents per share for its latest quarter, compared to expectations of an 11 cents per share loss. Revenue came in above forecasts, in spite of what the company calls a difficult macroeconomic environment. Coupa shares rose 2% in premarket trading.

CrowdStrike (CRWD): The security software company beat estimates by 5 cents a share, with quarterly earnings of 13 cents per share. Revenue came in above estimates as well. CrowdStrike also issued an upbeat outlook. Its shares gained 4.9% in premarket action.

Plug Power (PLUG): The maker of fuel cells shares plunged 18.6% in the premarket after it said it will restate its financial results for 2018 and 2019, as well as some recent quarterly filings. The company said it detected errors in how it accounted for a variety of non-cash items, but added that it did not find any misconduct.

Coherent (COHR): The laser maker said it had received a revised takeover bid from optical components maker Lumentum (LITE) for $6.9 billion in cash and stock. This is the eighth bid for Coherent in a takeover contest involving Lumentum, II-VI (IIVI) and MKS Instruments (MKSI). Coherent's stock jumped 3.7% in premarket trading.

Pinduoduo (PDD): The China-based e-commerce company reported a 146% surge in quarterly revenue that beat analysts' estimates. Pinduoduo also overtook Alibaba (BABA) as China's largest e-commerce company, with 788.4 million active users in 2020 compared to Alibaba's 779 million. Its stock initially surged in the premarket on the news, but then fell 5.8%.

Baidu (BIDU): The China-based internet search company is set to raise about $3.1 billion in a Hong Kong listing, according to people with direct knowledge of the matter who spoke to Reuters. Baidu had previously been expected to raise about $3 billion from the listing. Baidu shares fell 1.9% in the premarket.

Micron Technology (MU): The semiconductor maker plans to sell a Utah chip factory that made a type of memory chip called 3D Xpoint, which it jointly developed with Intel (INTC) in 2012. It plans to exit the 3D Xpoint market due to low demand from customers.

FirstEnergy (FE): The utility confirmed that it struck a deal with activist investor Carl Icahn, giving him two seats on the board and avoiding a potential proxy fight. The agreement had earlier been reported by The Wall Street Journal. FirstEnergy rose 1.4% in premarket trading.

U.S. department store chain Nordstrom (JWN) plans to debut its own Livestream Shopping channel, as part of its broader ambitions to delve into e-commerce livestreaming, which is already a huge phenomenon in Asia. Nordstrom only decided late into this past holiday season to experiment with the channel. (CNBC)