The Debate Over Slavery Reparations: Where Things Stand to How Much It Could Cost

Juneteenth on Saturday — a newly minted federal holiday — commemorates the emancipation of African Americans from slavery in the U.S. 156 years ago.

But more than a century and a half after slavery was abolished, there still remains an intense debate over whether the federal government should compensate the descendants of former slaves to atone for the country's legacy of slavery, in the form of reparations, and what form reparations should take.

In April, the House Judiciary Committee held a historic vote on H.R. 40, a bill that would create a federal commission to study "the lingering negative effects of the institution of slavery" in the U.S. — looking at various forms of "economic, political, educational, and social discrimination" — and to develop proposals for "appropriate remedies," including potential reparations for Black Americans. First introduced by late Michigan Rep. John Conyers in 1989, the bill was finally approved by the judiciary committee and now awaits a vote on the floor of the House of Representatives.

While reparations is a complex and emotionally charged issue, here's an overview of what you should know. 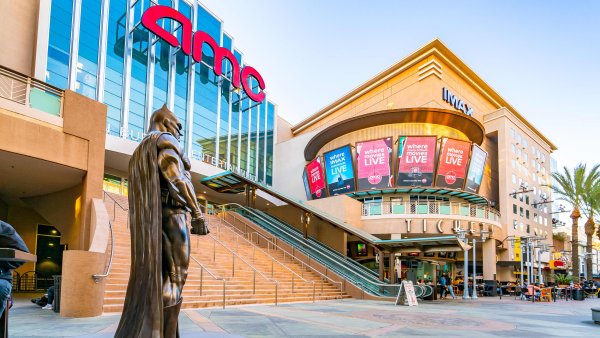 Reparations by the federal government would offer restitution to the descendants of slaves, or even all Black Americans, for the centuries of servitude, unpaid forced labor and suffering enslaved people endured.

Supporters of the H.R. 40 bill also believe that reparations would compensate Black Americans who have felt the negative effects of slavery's legacy, including various forms of racial discrimination and systemic oppression.

In January, NAACP President Derrick Johnson told CNBC that the federal government exploring the legacy of slavery on Black Americans and possible reparations is something that's necessary for many Black Americans "to be made whole."

The general case for and against reparations

Proponents of reparations point to the fact that, even well after slavery was abolished, Black Americans faced discrimination and unequal treatment at the hands of the government, and that legacy of racism still affects people of color in America.

"As a result of the historic and continued discrimination, African Americans continue to suffer debilitating economic, educational, and health hardships," states H.R. 40, which specifically points to the high incarceration rate of Black Americans as well as the striking racial wealth gap in the U.S. Median wealth for white families is $188,200, compared to $24,100 for Black families, according to the Federal Reserve's 2019 Survey of Consumer Finances.

Arguments against reparations include the idea that slavery was abolished so long ago that "no one currently alive was responsible," as Republican Sen. Mitch McConnell said in 2019 after a House hearing on the matter. McConnell called slavery America's "original sin," but argued the country has since made racial progress and strides toward rectifying the past, including passing civil rights legislation and electing Barack Obama.

However, as journalist and author Ta-Nehisi Coates, pointed out when he testified before the House Judiciary Committee in 2019, "well into this century, the United States was still paying out pensions to the heirs of Civil War soldiers...despite no one being alive who signed those treaties."

What form could reparations take and how much could they cost?

For instance, critics like McConnell and conservative pundit David Frum have argued that it would be too difficult to determine who to compensate and by how much.

Some suggestions for how to handle reparations include direct cash payments to Black Americans who are descended from former slaves. Others include a combination of financial assistance and social programs aimed at benefiting the Black community, including affordable housing, education programs and free college tuition, as well as grants for housing and Black-owned businesses to help ensure long-term economic success for Black Americans.

Meaningful reparations that would close the racial wealth gap would cost the U.S. government between $10 trillion and $12 trillion overall, or roughly $800,000 for each eligible Black household, according to William Darity, a Duke University professor of economics and public policy who studies and advocates for reparations. Another public policy profesor, the University of Connecticut's Thomas Craemer, has estimated a fair cost could be as high as $19 trillion, taking into account the amount of free and involuntary labor derived from millions of slaves (24 hours a day, 365 days a year) dating back to the United States' inception.

To opponents, reparations would simply cost the federal government too much money. Michael Tanner, a senior fellow at the Cato Institute, has written that shouldering such a cost "would totally wreck the economy," especially at a time national debt has climbed to more than $28 trillion, thanks in part to pandemic stimulus spending.

So called "baby bonds" — which would provide every child a government funded savings account at birth — are seen as an alternative to reparations and come with a lower price tag. Darrick Hamilton, a professor of public policy at Ohio State University, has said that even seeding each account with $25,000 would cost the government $100 billion a year, equal to "about 2% of federal expenditures now." Baby bonds would especially benefit low-income households, and Black families suffer the highest poverty rate in the U.S. by race.

Calls for reparations go back centuries

Talk of reparations goes back well before slavery was even abolished in the U.S. Quakers and other abolitionists often argued that freed slaves should be entitled to some form of compensation for the free labor they provided.

In the final months of the Civil War, the Union's Special Field Orders, No. 15 called for 400,000 acres of land to be confiscated from Confederate landowners in Southern states and given to newly freed slaves and their families to ensure they could survive economically after generations of servitude.

The land was to be divvied up in parcels no larger than 40 acres apiece, which became the inspiration for the expression "40 acres and a mule" often cited today by those in favor of reparations (H.R. 40 takes its name from the expression).

The order is generally seen as the first-ever form of government reparations offered to free slaves. However, after President Abraham Lincoln's assassination, President Andrew Johnson ordered all of the land returned to White Conderate landowners, provided they pledged loyalty to the United States.

Later in the 19th Century, there was a movement to create pension funds for former slaves to compensate for their involuntary labor. But with many federal agencies vehemently opposed to the idea, legislation ultimately failed.

One of the few historic cases of a former slave actually being awarded reparations for their forced servitude came in the 1870s, when Henrietta Wood (who had been freed but then kidnapped and sold back into slavery) won a lawsuit that included an award of $2,500, or about $70,000 in today's dollars.

One of the most notable modern efforts to secure reparations came from Deadria Farmer-Paellmann, a descendant of slaves. Her class-action lawsuit sought billions of dollars from corporations such as Aetna insurance and R.J. Reynolds Tobacco for financial ties to slavery. A federal judge ruled the plaintiffs did not prove a connection between the companies and the plaintiffs' enslaved ancestors.

The outlook for reparations going forward

H.R. 40 has a strong chance of passing the Democrat-majority House, but faces a more "bleak" future in the U.S. Senate, where most Republican senators are likely to vote against it.

"While both parties have been reticent to embrace reparations legislation in the past, the majority of Republicans oppose it," Politico's Maya King wrote in April, noting that polls found 60% of Democrats support forming a committee to study reparations, with 74% of Republicans in opposition.

However, some members of Congress have suggested that President Joe Biden could create his own commission to study reparations. The White House has said that Biden and Vice President Kamala Harris support H.R. 40.

Indeed, reparations are not only a federal issue. With the broader reckoning around racial injustice in the U.S., various local efforts to offer slavery reparations in some form have sprung up across the country.

Those include the city council of Asheville, North Carolina's 2020 decision to apologize for slavery while offering reparations in the form of funding programs aimed at increasing homeownership and business opportunities for Black residents in the mostly white city.

And, in the suburb of Evanston, Illinois officials voted to set aside the first $10 million in tax revenue from the now-legal sale of recreational marijuana to fund programs that narrow the city's racial wealth gap in order to address the area's history of housing discrimination that affected Black residents, including practices such as "redlining."

In California, officials recently announced the formation of a state task force to study the issue of reparations and make proposals to compensate the state's Black residents within two years.

100 years after the Tulsa Massacre, a survivor's descendant carries on the tradition of entrepreneurship on Black Wall Street