From our sister station

In January, the Philadelphia police department's most recent training academy class included no Black cadets. Potential recruits of color told NBC10 of the many obstacles they face despite eagerness to serve their city.

Miya Anderson grew up watching cop shows on TV, wanting to be one. But it wasn’t until after her 18-year-old brother was gunned down in 2009 that she knew it was her calling.

“I had some really good police officers that helped me and my family out during that time. And I wanted to be that person that, you know, help people,” Anderson said. 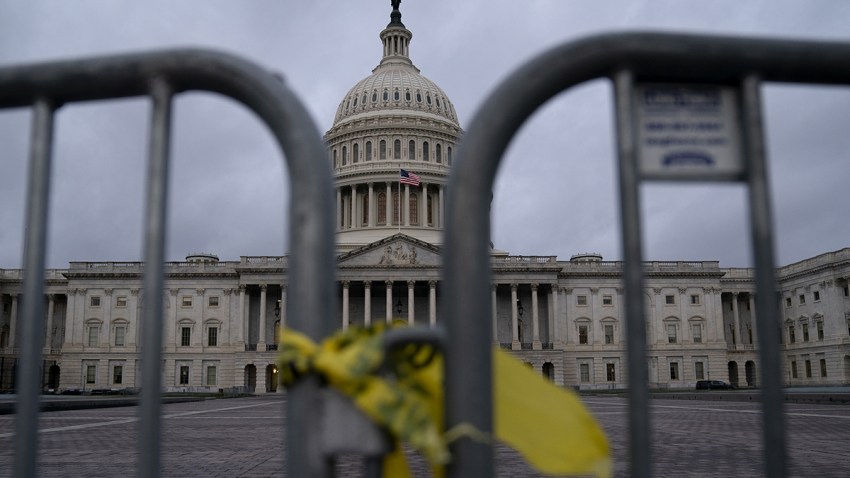 Nearly a decade later, Anderson pursued her dream and applied to be a Philadelphia police officer. But twice she was denied for reasons she and others say are arbitrary and racist – a car crash she was not involved in, and having several odd jobs.

“It’s very unfair. And the only reason behind it is because I’m Black, honestly, to be totally honest. That’s just what it is,” Anderson, now 25, said.

It’s a sentiment shared by many rejected applicants who are Black and Hispanic. And the data shows that minority applicants are overwhelmingly denied entry into the academy more than their white counterparts.

According to Philadelphia police statistics, nearly 70% of applicants who show up to orientation to take the reading and agility tests are Black, Hispanic, Asian or other. And 31% of applicants are white.

Yet, in the last year, 71% of recruits who make it into the police academy are white. Only 29% were people of color.

“That class alone told me how much racism and implicit bias is inside the police department that nobody took notice,” said David Fisher, a retired Philadelphia police detective and the president of the local chapter of the National Black Police Association.

For years, Fisher has been helping Black police candidates get through the application process. But he has been disheartened by what he says is an arbitrary and racist process.

“Poor driving record, poor work history, poor credit history. You know, these are the reasons that people don't make it through the process,” Fisher said. “I'm waiting for someone to define what is poor character. What do you classify as poor credit?"

Philadelphia Police Captain Tyrell McCoy is in charge of recruitment. He says every applicant is determined on a case by case basis. And so, he couldn’t say what exactly would disqualify someone during the background investigation or psychological evaluation.

That’s where a lot of Black candidates get rejected.

'What I Wanted to Do'

Anderson was rejected from the academy on her first try because she had put down she was honorably discharged from the National Guard.

“They said that I falsified by saying that I was honorably, honorably discharged instead of general discharge,” she said.

Anderson only served in the National Guard for four months. She left because of her pregnancy. And due to the short nature of her service, she was given an “uncharacterized” discharge.

She said she assumed that because she wasn’t dishonorably discharged that the only other option was honorable.

She applied again to the academy last year and noted her uncharacterized discharge. After passing the reading and agility test, she was given a conditional offer to the academy, pending a background investigation.

“I passed everything with no problems. And this time, I believe Wednesday, before the class started, they brought up a car accident that my sister was involved in,” she said.

Anderson had lent her sister her car in 2017. Her sister crashed the car but the accident went on Anderson’s record. (NBC10 spoke with the other woman involved in the accident, and she said it was Anderson’s sister who was driving the car that crashed.)

Anderson said her rejection letter faulted her for a poor driving record and poor work history. She had three traffic infractions, including driving without a license, between 2015 and 2017. But when she applied in 2019, she had a valid driver’s license and had zero points on her license, according to the state Department of Motor Vehicles.

Anderson worked as a corrections officer at the George W. Hill Correctional Facility in Thornton for a year and a half until quitting to join the police academy. Prior to that, she worked for a security company. But she says the academy didn’t like that she had switched around other jobs prior to that – working at McDonald's and as a personal care aide.

“This is what I wanted to do since I was seven or eight years old. And for me to keep hitting these roadblocks when I know that I would be an amazing officer and I would be fair, I feel like it's just very frustrating,” she said.

Philadelphia police wouldn’t comment on Anderson’s rejection or that of any others NBC10 interviewed.

Some rejected candidates said the racial bias is ingrained in the recruitment process. Several have tried multiple times and been rejected for what they perceive to be implicit bias.

After serving nine years in the National Guard, Qaadir Council decided to apply in 2018 to become a Philadelphia police officer. He says he was rejected because he was deemed mentally unfit, according to the rejection letter he received in the mail.

He believes the decision stems from a psychological evaluation he had with a white doctor who he says kept pressing him on his feelings about his father. Council did not live with dad growing up.

Council said he told the doctor that being from Philadelphia, it was normal to not be raised by his father.  He was not depressed, he said. The doctor also questioned why Council wasn’t living with his own two children.

Another National Guard veteran, Herman Epperson, said he was rejected in 2018 because they deemed him to have “unsatisfactory work history” and “poor judgement/poor character.”

He said the detective managing his application told him it was because he was fired from a job in 2007 from Rita’s Water Ice after arguing with a customer, and a recent write up at his security job for being on his cell phone during a shift.

“These are such minor infractions and then you see the people who get in,” he said, referencing what many Black candidates say-- that white candidates with what they perceive as worse records (DUIs and prior drug use) get into the academy.

Jeremy Wilson, a criminal justice professor at Michigan State University, studies police hiring and recruitment. He said that for many decades police departments have denied applicants due to criminal history, prior drug use, and debt, among other findings in someone’s background investigation.

“If people have financial debt, then that might suggest that they make poor decisions or that somehow they'll be susceptible to graft and corruption in order to meet their debt obligations,” he said, noting that some departments are easing up on such restrictions.

He said there isn’t sufficient data available to determine whether Black and other minorities are disqualified more often or in a more arbitrary way than white candidates.

A Drop in Black Officers

The police department’s demographics have failed to keep up with the city’s changing demographics for decades. Currently, 44% of Philadelphia residents are Black while 34% are white.

While 15% of city residents are Hispanic, they make up 10% of the police department.

Officer Eddie Lopez, president of the Spanish American Law Enforcement Association (SALEA), said that Latino candidates are also getting roadblocked by what he sees as unjust causes, including bankruptcy and expunged criminal records. But he thinks the process isn’t as racist as it was when he first joined 30 years ago.

“I was even accused that because I have six brothers that it was impossible that none of them sold drugs. That was used on me back in the day,” he said. “Is that used now? No, it’s gotten way better.”

McCoy, who took over recruitment in December, said he wants a more diverse police force. He was disappointed by January’s recruitment class and its lack of diversity.

“I'm taking an in-depth look now to make sure that it never happens again,” he said.

City Council passed legislation earlier this summer that would require the police department to only recruit candidates who have been Philadelphia residents for at least a year. The members believe that will help with diversifying the police force. But some, such as Fisher, think it may have the opposite effect.

Regardless, McCoy said he wants previously rejected applicants to re-apply. The department is calling them to notify them about new application dates.

“With police reform being echoed throughout the nation, we were looking at a diverse field of applicants to take on this job that are ready and willing to serve,” McCoy said. “And now's the time.”