What to don is key, because the Preakness Stakes, set for May 21, is not just about being fashionable, but standing out

Preakness may be a gathering centered around horse racing, but for Baltimore native Lacey Johansson, who has been attending festivities for decades, the hats steal the show.

“I just liked the hats, and it’s a special day for Baltimore, and it’s the best day to be in Baltimore,” said Johansson, 42, who attended the pre-Preakness Black-Eyed Susan event as a toddler and grew up going to the horse races nearly every year. “It’s just a lot of fun to get dressed up and take the time to think about what you’re going to wear.”

What to don is key, because Preakness, set for May 21, is not just about being fashionable, but standing out.

“I want to have a hat that no one else has,” Johansson said. “I like to be different and (Preakness is) kind of the one place that I’m very fashion forward. I like to make a statement.”

“There is something specific to Baltimore about having a certain type of hat, something that stands out, something that’s different,” Moses-Allen, 35, said. “Every time I would go or someone would invite me, it was always a question about your hat, like, ‘What kind of hat are you wearing?’”

And that’s where Ashley Clark comes to the rescue. Clark is the founder, designer and CEO of Soigné Luxury Accessories, headquartered in Fells Point.

“A lot of the time I make hats that I can’t find out there,” the 34-year-old entrepreneur said. “I always say I design for the extraordinary, not the ordinary. There are no plain bagels in my client roster.”

Soigné began as a vivid dream that felt so real it led Clark to drop out of law school. She traveled to France to study the craft, took millinery courses from Hat Academy, and began making hats for friends around 2016.

In 2018, Clark officially launched Soigné and began the business’ transformation from a dream to an award-winning brand that has loyal clients and a reputation for jaw-dropping designs.

“I’ve been lucky my designs have won best hat at all three races (Triple Crown) and I made history in 2019, being the first ever small business-owned, small designer, to win best hat.”

For last year’s Preakness she created a hat for Moses-Allen that featured remote-controlled feather butterflies. The design not only won, but made headlines.

“Morgan’s hat was on the cover of USA Today,” Clark said, describing how she hand-painted feathers to craft the hat and butterflies. “They fluttered on her head.”

The pandemic forced Clark to explore other accessories such as headbands, earmuffs, jewelry and more.

“Hats are the love of my life, honestly,” she said. “All of the other products came about because of COVID. I didn’t want to fire my staff and we had a bunch of fabric and stuff lying around, and we just pivoted. It was like: ‘how can you look good from the neck up in pajamas on a Zoom call during COVID?’”

Clark opened a brick and mortar in Boston in November 2020, but she quickly “outgrew” that location. She previously lived in Baltimore for nine years, where she participated in pageants, worked as an NFL cheerleader and studied in graduate school. When it was time to expand, the CEO knew the area would be an affordable option to grow her business.

“Baltimore plays such a big role in this journey because of the affordability and then there’s horse racing and that niche market,” Clark said. “But people don’t realize that Baltimore has a kaleidoscope of fashion that also inspires me on a daily basis.” 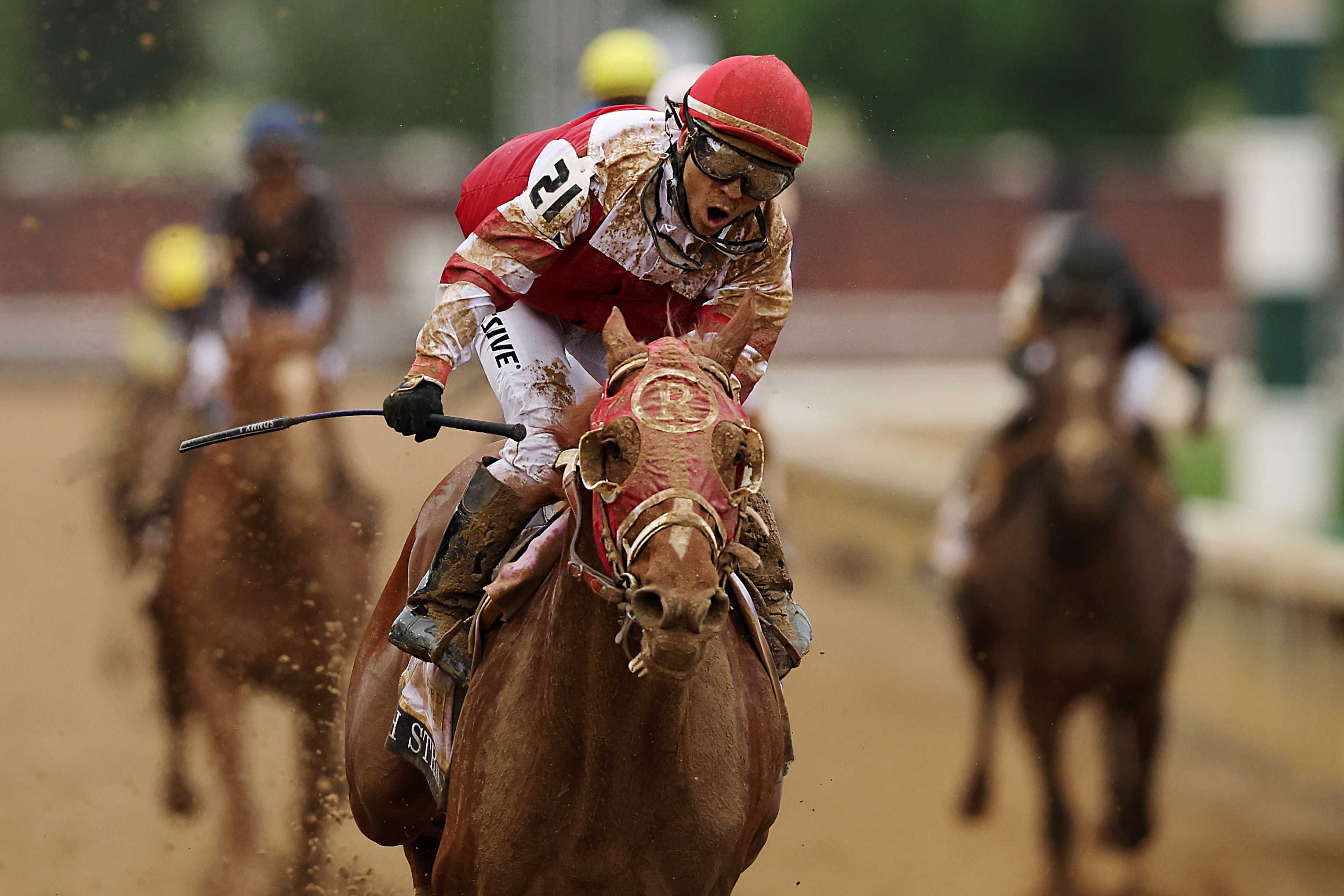 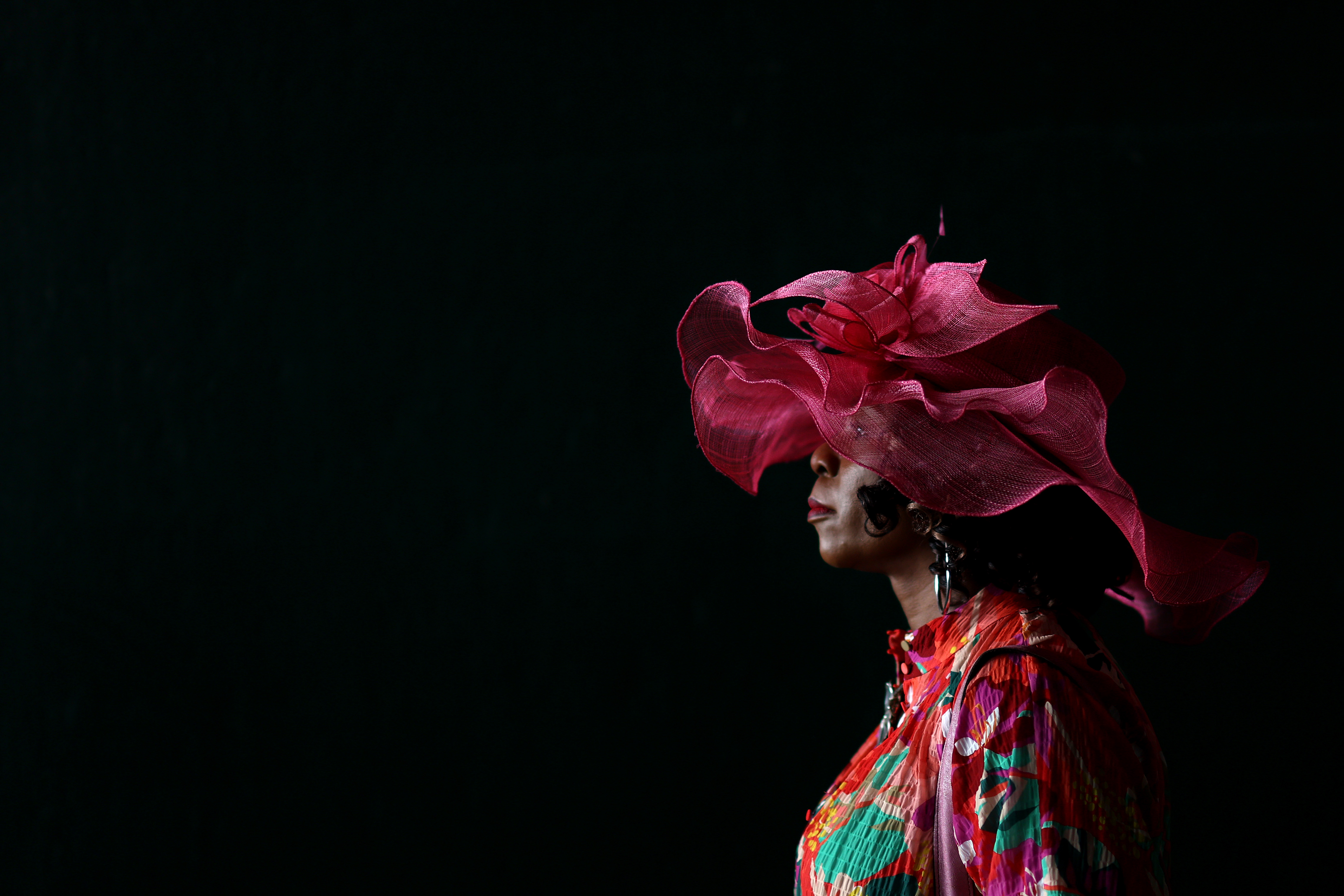 “There’s this preppy aspect of Baltimore, where there’s women in the county, and it’s very Brooks Brothers, and J. Crew,” she said. “Then you have this sensational street fashion that has so much attitude and flair.”

“And when you combine those two things together, you get this beautiful fashion niche that is the city. And to me, it gives me life and propels me forward,” the designer said.

“I was lucky because the location that I’m in used to be a retail store, so it had good bones,” she said.

Those bones have stretched out to a body of work that includes an annual collection of 55 hats plus individual consultations, lifetime client hat blocks (molds of clients’ head shapes and sizes) and custom creations. Soigne’s 2022 hat collection is inspired by billionaires like Jeff Bezos and Elon Musk recently exploring space, and the regularly trending cryptocurrency conversations.

“The new collection is called Sexual Space Odyssey — it’s the derby on the moon. So think of a lot of lace, a lot of leather, a lot of faux flowers, a lot of taxidermy,” Clark said. “We have parts that move, we have space helmets, we have airplanes where the cockpit lights up on a hat that is wrapped in this sumptuous and boss leather. It’s kind of wild.”

Pieces from her new collection and custom creations will be on full display at the Preakness.

“Morgan’s hat this year is three-feet wide,” Clark said, spilling some of the tea about Moses-Allen’s bright pink Preakness look ahead of Saturday’s big event.

“I’m going to have to turn to walk in the doorways,” Moses-Allen laughed. “It’s also not going to be your traditional hat on your head. It’s more like a structure.”

It's the official cocktail of the Triple Crown's "middle jewel."

“It’s going to be one of those where it’s over one eye, kind of tilted down with black and white and red colors throughout,” said Johansson, who has been buying Clark’s custom creations since 2018.

The designer also creates complimentary matching accessories with her hat designs. For example, she will offer ideas for a partner’s look such as a coordinating bow tie, lapel pin and handkerchief, all keeping to the same theme.

Johansson said Clark provides “the whole nine yards,” but that’s not the only reason Soigné hats are perfect for Preakness.

“It’s a long day, so I think the most important part is that it fits,” said Johansson. “It doesn’t move, it stays on your head, you don’t have to worry about it blowing away.”