Bette Midler's Daughter Opens Up About Her ‘Homespun' Wedding: ‘My Mom Did All the Flowers'

TODAY chatted with Sophie Von Haselberg on the green carpet at Hulaween, the annual Halloween fundraiser for the New York Restoration Project

Bette Midler's daughter Sophie Von Haselberg opened up about her "homespun" wedding to Harry J. N. Guinness that took place amid the pandemic in 2020. And from what we can see, it was quite the family affair.

"We really had not been planning on getting married," the 34-year-old actor told TODAY at the Hulaween charity event that benefits the New York Restoration Project (NYRP).

"We just we decided to do it when COVID hit because all of a sudden, the realities of what the world is today really rained down upon us. So it was eleven people. It was teeny, teeny tiny."

In June 2020, Von Haselberg announced her wedding by sharing a sweet photo from her big day after the groom smeared cake on her smiling face. 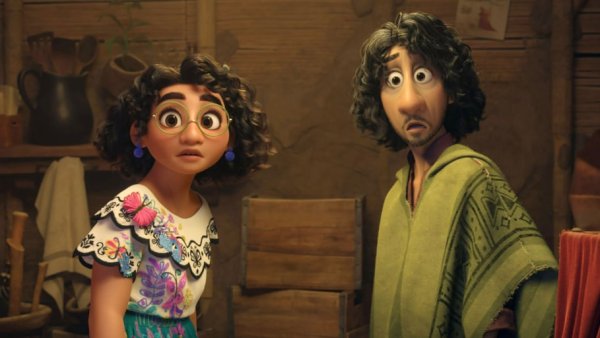 "What made the whole thing so special was just that we did everything ourselves," she said on Friday. "We didn't hire anyone to do anything. We cooked ourselves. My mom did all the flowers. My dad and I had done the menu planning. My husband figured out all the wines. Two of our best friends — whose wedding it was that we kissed at for the first time — did the ceremony and it was just so special. It really just felt like a really fun dinner party which to me is exactly how I would want anything to feel. It didn't feel like this lavish thing. It just felt really cozy and lovely and loving."

On what it was like introducing her future husband to her dad and famous mom, Von Haselberg said it was a mix of emotions.

"I mean, obviously to me, she's always just gonna be my mom," Van Haselberg explained. "Like, of course I'm very, very aware of her standing in culture, but she is also my mom and I think because I'm an only child, bringing someone home means so much more because of that."

"We are so much a unit of three that bringing someone in of course is always a big deal," she added. "But as soon as I started dating my husband Harry, I knew they were going to love him. It actually was not a question to me. I think he probably felt differently, of course. I'm sure he was nervous even though he never showed it, but they fell in love with him from the get go. Truly, they're more obsessed with him than they are with me."

Van Haselberg took time to talk with TODAY on the green carpet at Hulaween, an annual Halloween fundraiser that benefits the charity her mother founded in 1995 that supports community gardens and parks in New York City.

"Hullaween is our biggest fundraising event of the year," Von Haselberg, who sits on board for NYRP, said. "So it really is the event that allows us of course, not only to have fun and put on a costume, but it really is what allows NYRP to thrive and allows us to actually do all of the work that we do around the city. It's not the sexy stuff, right? It's like building beds in gardens and to make sure that everybody has the proper supplies and that people can grow food."

According to a release, the organization is New York's only citywide nature conservancy, bringing private resources to spaces that lack adequate municipal support, fortifying the New York's aging infrastructure and creating a healthier environment for those who live in the most densely populated and least green neighborhoods.