Much of Japan, including Tokyo and Osaka, is under a state of emergency, which forced IOC President Thomas Bach to cancel a trip to Japan this month

Confronted in Japan with some of the strongest medical-community opposition yet to the Tokyo Olympics, IOC President Thomas Bach offered Wednesday to have added medical personnel available to help out when the games open in just over nine weeks.

Bach gave few details, speaking remotely at the opening of three days of meetings between the International Olympic Committee and local organizers. He said the help would come from various national Olympic committees and be available in the Olympic village and sports venues.

In his 12-minute address, Bach attempted to assure the Japanese public and athletes coming to Tokyo that the IOC will hold “safe and secure” Olympics in the midst of the pandemic.

“For obvious reasons we cannot give them (athletes) every detail yet, but the most important principle is very clear: the Olympic Village is a safe place and the Olympic and Paralympic Games will be organized in a safe way," Bach said.

Bach said he anticipated more than 80% of those staying in the Olympic Village would be vaccinated. Reports locally say that Japan's Olympic delegation will begin getting vaccinated in June.

One year out from the rescheduled 2020 Olympic Games in Tokyo, athletes share their thoughts on the COVID-19 pandemic, vaccines and what it would take for them to feel safe at the Olympics.

Bach appeared to be responding to one of the strongest demands so far to call off the postponed Olympics.

The letter was made public this week on the group’s website.

“We believe the correct choice is to the cancel an event that has the possibility of increasing the numbers of infected people and deaths,” the letter said.

“Viruses are spread by people’s movements. Japan will hold a heavy responsibility if the Olympics and Paralympics work to worsen the pandemic, increasing the number of those who must suffer and die."

Much of Japan, including Tokyo and Osaka, is under a state of emergency, which forced Bach to cancel a trip to Japan this month. Opposition to the Olympics is running at 60-80% in numerous polls, depending on how the question is phrased.

In an online meeting of International Olympic Committee members, president Thomas Bach said that Tokyo was “the best prepared Olympic city ever.” The games, which were postponed a year due to the coronavirus pandemic, will be held on July 23 with comprehensive COVID-19 countermeasures.

The Olympics are to open on July 23. The Paralympics follow on Aug. 24. They are a financial imperative for the International Olympic Committee, which derives about 75% of its incomes from selling television rights and another 18% from sponsorship.

Japan has officially spent $15.4 billion or organize the Olympics, although government audits suggest the figure is much higher.

There is no indication the games will be canceled, though opposition continues with small street protests and online petition drives. Last month the British Medical Journal came out against holding the Olympics.

Japan has has attributed more than 11,500 deaths to COVID-19, good by some standards but worse than most Asian neighbors. 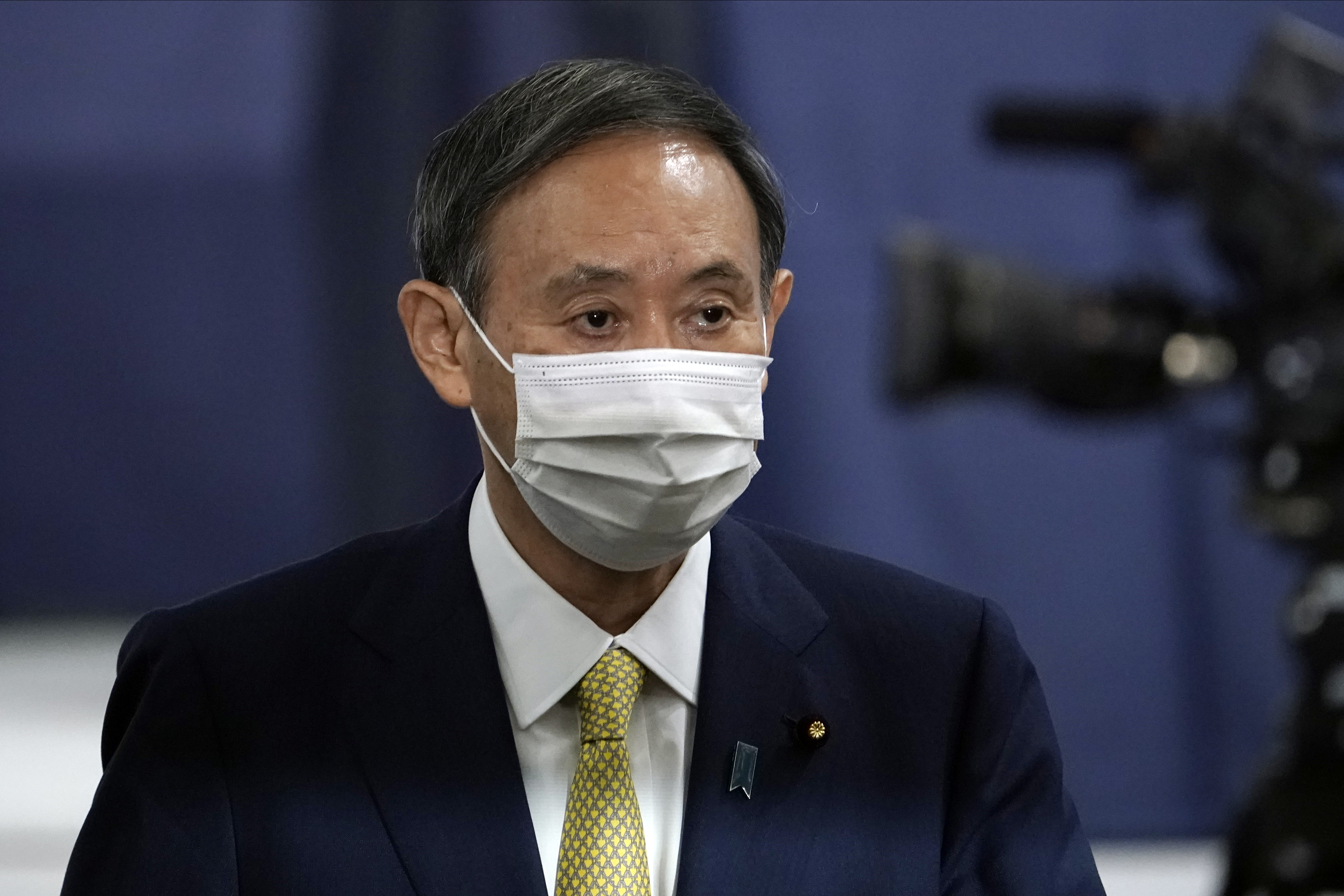 The Tokyo Medical Practitioners’ Association warned of a possible collapse of Japan's medical system, which could come under more pressure with Tokyo's hot and humid summer months approaching as the Olympics open.

“Our nation is now undergoing a surge in coronavirus patients in a fourth wave, the worst so far," the letter said. "The medical systems responding to COVID-19 are stretched thin, almost to their limits. The reality is that the entire medical system faces an almost insurmountable hardship in trying our best to respond with coronavirus measures."

Bach said hundreds of sports events have been held safely during the pandemic, and cited recent test events in Tokyo that came off without many problems.

“None of these test events was a virus spreader for the Japanese people or the people of Tokyo," he said.

Tokyo organizers have said about 10,000 medical personnel will be needed during the Olympics. They have also asked for 500 extra nurses, and 200 sports medicine specialists.

At the 2016 Olympics in Rio de Janeiro, Katie Ledecky established herself as the new face of USA Swimming at 18 years old. Now, she's back following a successful college career at Stanford and is poised to dominate another Olympic games this summer in Tokyo, Japan.

Several prefectures near Tokyo have said they will not give priority to treating Olympic athletes, and many towns in Japan have canceled plans to host foreign delegations.

“The doctors and nurses of the medical system who are being asked to respond are already at this point exhausted, and there is absolutely no extra manpower or facility for treatment," the letter added.

Fans from abroad have already been banned, and Olympic organizers are expected to announce next month if local fans can attend in limited numbers.

The Olympics and Paralympics will involve 15,000 athletes and tens of thousands of others entering Japan, which has had its borders virtually sealed for more than a year.