Chicago Cubs pitcher Jon Lester picked up his 10th win of the season and hit his first home run of the year as the club beat the Pittsburgh Pirates 10-4 at Wrigley Field.

Lester gave up three runs in 6.2 innings of work as he improved his record to 10-6 on the year. He scattered eight hits, and helped his own cause at the plate as he went 2-for-3 with three RBIs and two runs scored.

Willson Contreras also drove in three runs and hit his 19th home run of the season, and Addison Russell drove in a pair of runs as the Cubs won their second straight game out of the All-Star break. 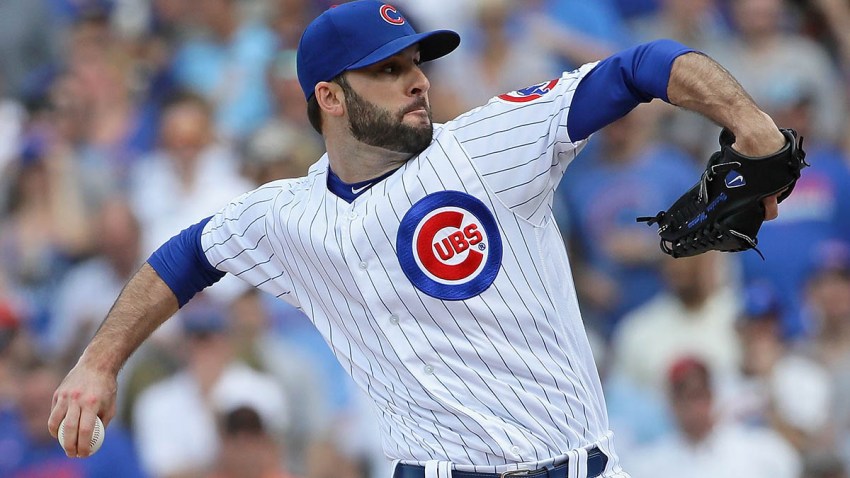 Starling Marte hit a pair of home runs for the Pirates, and Jung Ho Kang hit his ninth home run of the season in the loss for Pittsburgh, who now sits three and a half games behind the Cubs in the Central Division race.

The Cubs wasted no time getting a lead for Lester, chasing Pirates starter Jordan Lyles from the game with a seven-run opening frame. Anthony Rizzo scored in the first run of the game, and he was later chased home by a three-run homer from Contreras as the Cubs jumped out to a 4-0 lead.

The offensive outburst continued after Lester slapped a single off the wall in left field, scoring a pair of runs, and Javier Báez finished off the surge with an RBI double that gave the Cubs a 7-0 lead.

The Cubs kept going in the third as Lester homered to left field, his first of the year, and Russell smacked an RBI single to center in the fourth that put the Cubs ahead 10-0.

The Pirates slowly chipped away at the lead, scoring single runs in the fifth, sixth, seventh, and eighth innings, but it wasn’t enough as they fell for the second straight day.

The Cubs will go for the sweep on Sunday when they wrap up their series with the Pirates. José Quintana will take the hill, where he will be opposed by Trevor Williams.