After a draft of a Supreme Court opinion that would overturn Roe v Wade was leaked to the public, online searches for vasectomies surged.

Daily searches for vasectomies increased 99% since the draft opinion was published early last week, according to an analysis of Google Trends and search volumes by Innerbody Research, a home health product research company.

In the opinion published by Politico, which the Court later confirmed to be authentic, Supreme Court Justice Samuel Alito wrote that “Roe was egregiously wrong from the start” and that it was “time to heed the Constitution and return the issue of abortion to the people’s elected representatives.”

The Supreme Court has not made any official ruling on the Mississippi 15-week abortion ban, including the decision to overturn Roe v Wade. The justices’ votes could change. Abortion is still legal in all 50 states.

If Roe v Wade is overturned, 13 states will automatically ban abortion, while over a dozen states will severely restrict abortion access.

The same analysis conducted by Innerbody Research found that online searches for both "is a vasectomy reversible" and “how much is a vasectomy” increased 250%. (Yes and there's a huge range, from about $300 to $3,000, and of course it depends on your insurance.)

Searches for "vasectomy near me" were most popular in Michigan, Kentucky, Indiana, Ohio and Florida.

Kentucky is one of the 13 states that will automatically ban abortion if Roe v Wade is overturned.

Florida Governor Ron DeSantis signed a 15-week abortion ban into law in April. GOP lawmakers in Ohio and Indiana are seeking to pass laws banning abortion if Roe v Wade is overturned, and one 1931 law in Michigan would make abortion a felony if Roe ends, though Democrat lawmakers in the state say they will not enforce the law.

“The analysis suggests that the conversation about male birth control options is becoming more prevalent," Madyson St. John, a researcher on behalf of Innerbody Research, told TODAY Parents. "Men are joining the conversation around reproductive rights and some are stepping up to help prevent unwanted pregnancies themselves."

Dr. Jed Kaminetsky, a clinical assistant professor at NYU Medical Center and a board certified urologist, says his practice has seen an increase in people seeking vasectomies in the past year during the ongoing COVID-19 pandemic.

Related: Portraits of abortion: On Mother’s Day, five women share how abortion shaped them as moms

"It doesn't surprise me that there's more people interested in the procedure," Dr. Kaminetsky told TODAY. "I'm seeing more young people who don't have children and who are committed to not having children, much more than I ever have in the past."

"There's a little bit of lag time before the people who are searching for information see me," he explained. "We're not necessarily 'preparing' for it, but we're available. We have the capacity and we do a lot of them now — it's one of the most common reasons people come to see us." 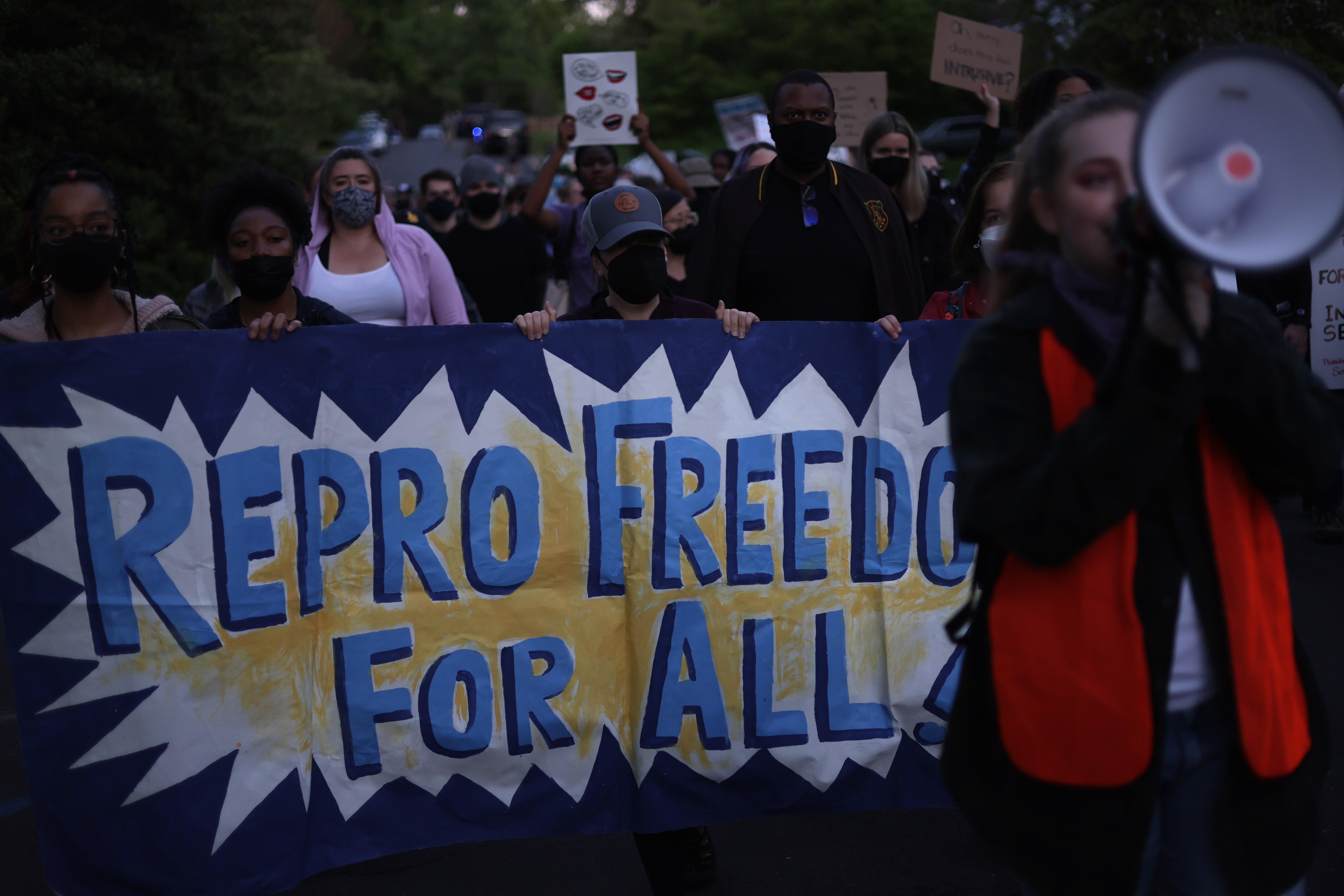 What is a vasectomy?

A vasectomy is a permanent method of birth control in which the vas deferens, which carry sperm from the testicles to the urethra, are cut and sealed.

A reported 50 million men have had a vasectomy in the United States, according to the Cleveland Clinic, and 500,000 men choose to have the procedure every year.

"We make a tiny little opening in the front of the scrotum and using local anesthesia," Dr. Kaminetsky explained. "Through that little opening I'm able to pull up the vas deferens, divide and tie it. It takes 10 minutes in the office."

Dr. Kaminetsky says patients wait about two months before they get a semen test, and if the test is negative he says "they're good to go."

Is a vasectomy reversible?

Vasectomies are reversible, however Dr. Kaminetsky says reversing a vasectomy is a far more invasive procedure.

"It takes about 10 minutes to do a vasectomy. It takes a couple hours of micro-surgery to reattach the ends of the vas deferens," he added.

Dr. Kaminetsky says he has seen an increase in people asking for vasectomies with the option of reversing them later, using the procedure as a form of birth control but not a permanent way to avoid pregnancy.

"We try to discourage that," he added. "But people are coming who want to bank sperm and have a vasectomy, just to keep their options open."

Dr. Kaminetsky, who has been a practicing urologist since 1990, says that vasectomies are incredibly safe and effective.

One study of 540 women who could get pregnant found that six pregnancies occurred from six to 72 weeks after a vasectomy was performed.

While incredibly safe, there are some risks of having a vasectomy, including chronic pain, fluid build up, swelling and infection, according to The Mayo Clinic.

"There is the risk of a very rare infection or bleeding," Dr. Kaminetsky added. "But it's a very safe procedure when it is done by someone who has experience."

St. John believes searches for vasectomies will continue to rise, which "could lead to more men deciding to take the step themselves."

"Many (cisgender men) are becoming more interested in what birth control options they have," St. John added.