America’s elite colleges are facing growing calls to end the decades-old tradition of giving an admissions boost to the children of alumni — a practice that critics say is rooted in racism and bestows an unfair advantage to students who need it least.

Fueled by the national reckoning with racial injustice, opponents say they are gaining momentum in the battle over the contentious policy of legacy preferences.

Ivy League students are pressing administrators to abandon the policy. Yale’s student government took a stance against the practice in November. A recent vote of Harvard students found that 60% oppose it. Hundreds of students and alumni across 30 colleges have promised to withhold financial donations over the issue.

Civil rights groups are increasingly adding their support, including the American Civil Liberties Union, which is tackling legacy preferences as part of a campaign against systematic racism.

And a bill in Congress aims to eliminate the practice.

The proposal from Democrats would outlaw preferences for children of alumni or donors at colleges that receive federal money. It’s being pushed by the party’s progressive wing but has gained support from some conservative activists who want college admissions to be based on merit alone.

Legacy preferences give an extra boost to predominantly white and wealthy legacy students, while “leaving out millions of Black and brown kids,” said Rep. Jamaal Bowman, D-N.Y., a sponsor.

“There has been a shift in the consciousness of the country around issues of inequity and inequality,” Bowman said in an interview. “There’s a real yearning to right the wrongs of our past.” 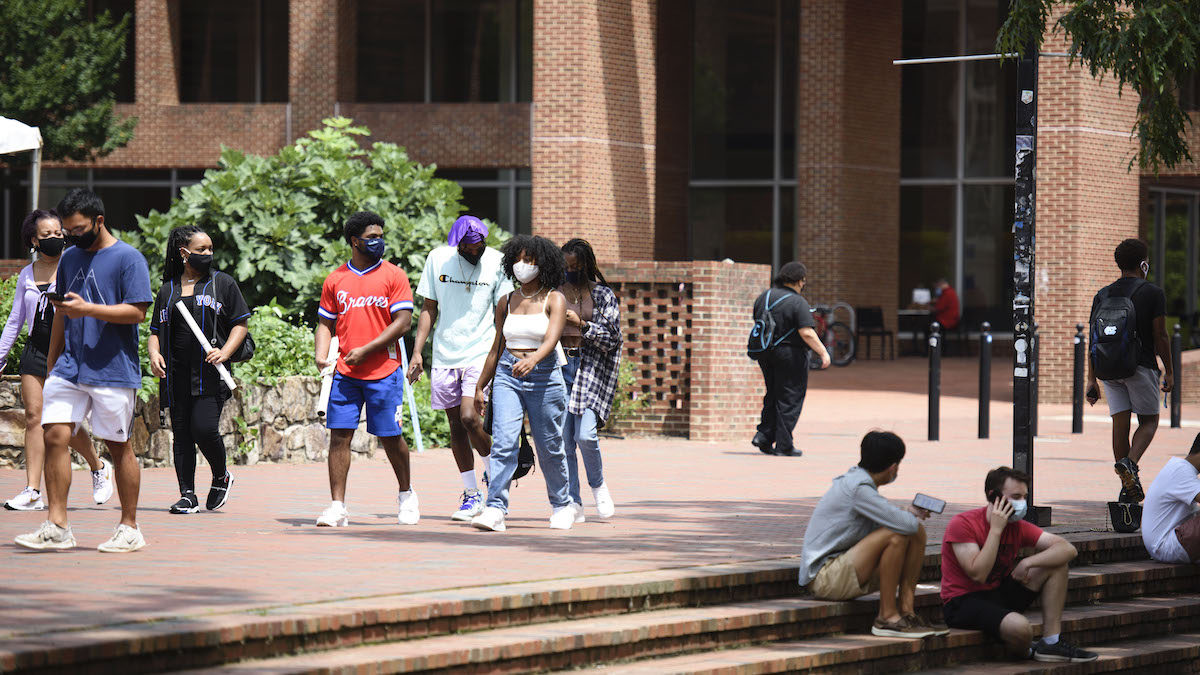 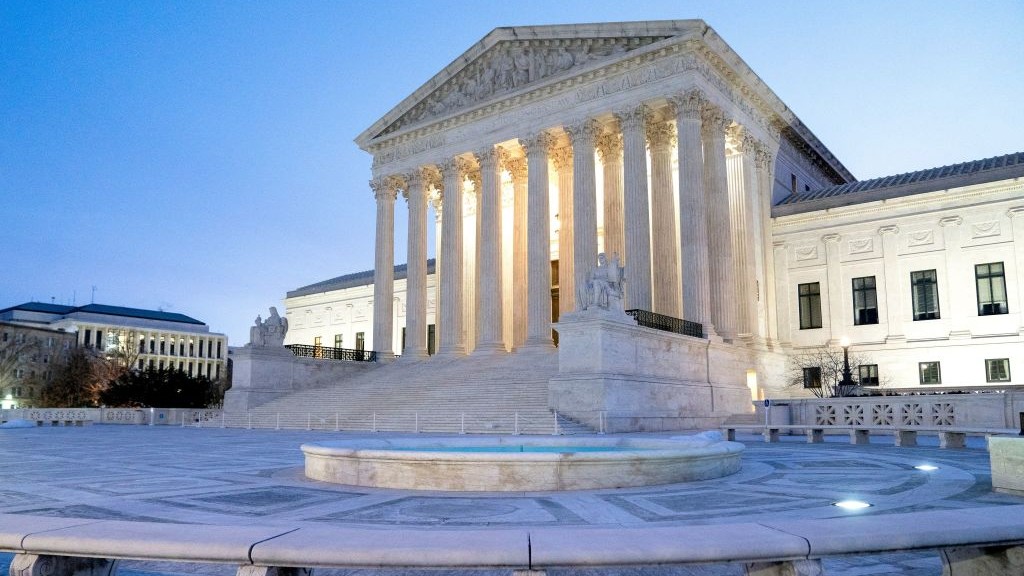 Supreme Court to Hear Challenge to Race in College Admissions

In the heavily guarded world of college admissions, it's hard to know exactly how many legacy students get a nudge. But at some of the most selective colleges, students with family ties make up 10% to 20% of the latest incoming class, according to data released by colleges in response to an Associated Press request.

On many campuses, the opposition is being led by students of color and those who are the first in their families to attend college. They say legacy status is one more advantage for students who are already more likely to have access to tutoring, test prep and other help applying to college.

Zoe Fuad, a junior at Brown University, said it reinforces a “cycle of inequity” that was designed to serve wealthy white men.

“By perpetually giving advantages to their descendants, we’re ensuring that those who were systemically favored continue to be favored,” said Fuad, 20, who leads a student group that’s challenging the practice at Brown.

Many prestigious colleges defend legacy admissions, saying it helps build an alumni community and encourages donations. Officials at Harvard and other schools argue that legacy status is just one of many factors considered in admissions, along with grades, test scores and pursuits outside school. At most, they say, it can provide a slight tip in a student’s favor.

Still, two colleges have ended the practice recently, giving opponents hope that others will follow.

Amherst College in Massachusetts dropped the policy in October, saying it “inadvertently limits educational opportunity.” Johns Hopkins University announced in 2020 that it had phased out legacy preferences. Since then, the school has drawn growing numbers of Black and Hispanic students, along with those from low-income families.

The pushback against legacy preferences is advancing amid a broader debate over fairness in college admissions.

Last month the Supreme Court agreed to review whether colleges can consider applicants' race as a way to expand diversity. The court will take up lawsuits alleging that Harvard University and the University of North Carolina discriminate against Asian American applicants in favor of Black and Hispanic students.

In a rare moment of bipartisan unity, the conservative strategist behind those suits voiced support for the Democrats’ bill against legacy benefits. In a statement, Edward Blum said too many colleges “lower the admissions bar for the children of their alumni.”

Most schools are not required to disclose how many legacy students they enroll, and many keep it private. Among the nation’s 30 most selective colleges, only eight provided basic data on the subject in response to an AP request.

Legacy students outnumbered Black students in freshman classes at four schools: Notre Dame, Cornell, Dartmouth and the University of Southern California. At Brown, the share of legacy and Black students was about even.

Harvard refused to disclose details, but data made public during its trial over affirmative action showed that family ties carry outsize weight. From 2014 to 2019, the acceptance rate for legacy applicants was 34%, compared with 6% for applicants without legacy status, according to an analysis by the suit’s plaintiffs.

Critics of the practice say it contributes to persistently low numbers of Black students at top colleges. During the racial reckoning following the killing of George Floyd by police, hundreds of students at Georgetown University signed a letter calling for an end to legacy preference, saying it “relegates qualified Black students to second-tier status.”

Historians have traced legacy preference to the 1920s as elite colleges sought to limit the number of Jewish students. It continued for decades at a time when the vast majority of college students in the U.S. were white men.

At many schools with legacy preferences, Black students were not admitted until the 1960s, said Michael Dannenberg, a vice president at the Education Reform Now think tank.

“White applicants have between eight and 16 generations of ancestors on which to establish an alumni connection,” said Dannenberg, who has opposed the practice since he was an aide to Sen. Ted Kennedy, the late Massachusetts Democrat, two decades ago. “For the vast majority of Black and Latino applicants, there’s maybe one or two generations.”

On college campuses, student activists say they continue to face resistance from school leaders who defend the policy. But at a time of rising populism in the United States, colleges are unlikely to find allies in Congress and other halls of power, said Richard Kahlenberg, a senior fellow at the Century Foundation, a progressive think tank in Washington.

Especially in the wake of the Varsity Blues admissions scandal, he said, it’s becoming more difficult for colleges to defend policies that benefit the wealthy.

“They are clearly vulnerable on this issue,” he said.

In the wake of that scandal, Colorado became the first state in the nation to outlaw legacy preferences at public colleges. California lawmakers required colleges to disclose how many legacy students get accepted.

Among campus activists, there’s a driving desire to change the perception that top colleges are ivory towers reserved for the wealthy. When Viet Andy Nguyen applied to Brown University as a low-income, first-generation student, he knew he was competing against wealthier students with alumni connections. It made him question whether Brown was really a place for people like him.

After graduating from Brown in 2017, he launched the nonprofit EdMobilizer with the goal of expanding access to college and ending legacy preferences. He has orchestrated a donation boycott at schools across the U.S., and he’s helping students fight the practice on scores of campuses.

It isn’t lost on him that he’s challenging a policy that could benefit his future children. He has faced resistance from some students of color who wonder why he wants to end it now, when campuses are more racially diverse than ever. But to him, the goal is to open doors for students who have been excluded, not to create “an elite lineage of people of color.”

“My kids will be fine,” he said. “They don’t need an additional bump just for being my offspring.”

The Supreme Court has not allowed racial quotas in college admissions, but schools are allowed to consider an applicant's race as a factor alongside other qualities. Now, the court has signaled it could end affirmative action as we know it. That could require new ways of thinking about diversity and inclusion in college admissions, says legal analyst Danny Cevallos.
Copyright AP - Associated Press