The Centers for Disease Control and Prevention released Friday a roadmap for reopening U.S. schools in the middle of a pandemic that emphasizes mask wearing and social distancing.

Getting students back in the classroom is seen as a key to getting parents back to work and President Joe Biden has said he wants most schools back to in-person teaching by the end of his first 100 days in office. He's calling for $130 billion to help schools update buildings, buy protective gear and enact other recommended safety measures, as part of his administration's coronavirus relief package.

The guidance comes as the Biden administration expands vaccine distribution sites to include major pharmacy chains while also boosting the number of doses that will soon be available to the U.S. locations. The White House announced Thursday that a deal has been finalized for 600 million more coronavirus vaccine doses to be delivered by July.

The U.S. has reported more than 27 million coronavirus cases and 481,000 virus-related deaths since the start of the pandemic, according to a tally by NBC News. 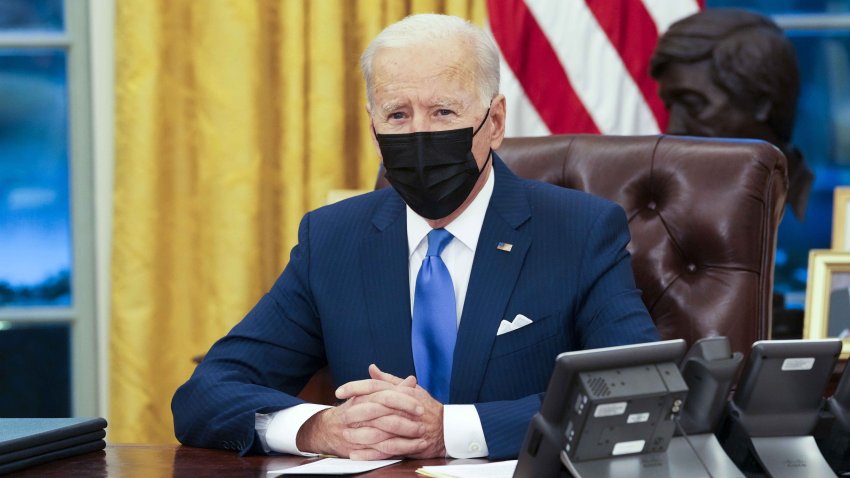 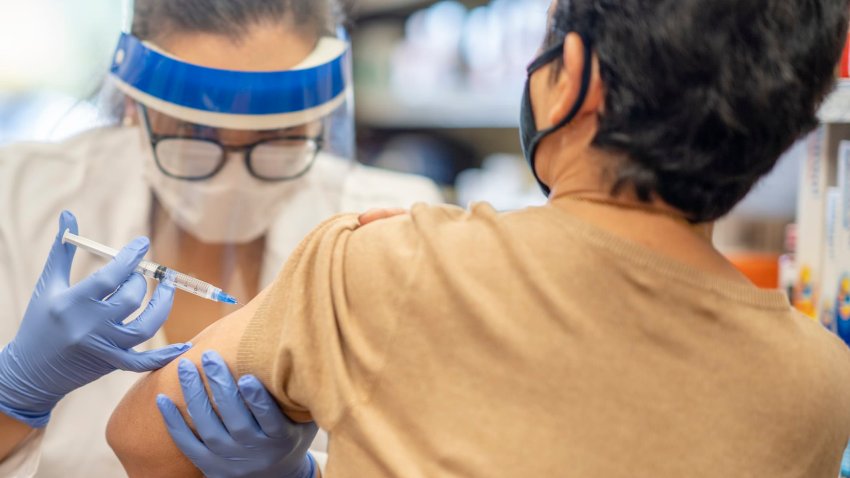 When Will You Be Able to Get Vaccinated at Work? Experts Weigh in

New York Gov. Andrew Cuomo's top aide told Democratic lawmakers that his administration took months to release data on the coronavirus death toll among nursing home residents because officials “froze” over worries the information was “going to be used against us."

The information came from a Democratic lawmaker who attended the Wednesday meeting and to a partial transcript released by the governor's office.

Republicans who term the comment admission of a “cover-up” are now calling for resignations of both Cuomo and the aide, secretary to the governor Melissa DeRosa, while progressive Democrats are blasting the administration over what they say is a lack of transparency.

The disclosure of DeRosa's comments, made on a conference call with Democratic legislative leaders, came as the Democratic governor and his administration were already facing backlash over their handling and reporting of outbreaks in nursing homes.

The nation’s top public health agency on Friday provided a roadmap for reopening schools in the middle of a pandemic, emphasizing mask wearing and social distancing and saying vaccination of teachers is important but not a prerequisite for reopening.

The Centers for Disease Control and Prevention announced the long-awaited update, but it cannot force schools to reopen, and agency officials were careful to say they are not calling for a mandate that all U.S. schools be reopened.

They said there is strong evidence now that in-person schooling can be done safely, especially at lower grade levels, and the guidance is targeted at schools that teach kindergarten up to 12th grade.

The agency also emphasized hand washing, disinfection of school facilities, diagnostic testing and contact tracing to find new infections and separate infected people from others in a school.

The guidance was issued as President Joe Biden faces increasing pressure to deliver on his promise to get the majority of schools back to in-person teaching by the end of his first 100 days in office. The White House said this week that a national strategy would be guided by science.

The Pentagon has approved the deployment of 20 more military vaccination teams that will be prepared to go out to communities around the country, putting the department on pace to deploy as many as 19,000 troops if the 100 planned teams are realized. The troop number is almost double what federal authorities initially thought would be needed.

Chief Pentagon spokesman John Kirby said Friday that Defense Secretary Lloyd Austin’s latest approval brings the number of COVID-19 vaccination teams so far authorized to 25, with a total of roughly 4,700 service members. He said the teams, which largely involve active duty forces, are being approved in a phased approach, based on the needs of the Federal Emergency Management Agency.

The Pentagon first received the original request from FEMA in late January, for 100 vaccination teams with a total of 10,000 troops. Kirby said only one team has been deployed so far because it is a complicated process that requires coordination with local and state authorities to identify the right locations and determine the infrastructure and support that is needed. He said it takes time to set each site up correctly.

A person familiar with the discussions said that the Biden administration is not currently planning to impose a requirement that passengers on domestic flights first pass a COVID-19 test. The airline CEOs talked with White House coronavirus-response coordinator Jeff Zients, according to the person, who spoke anonymously to discuss a private meeting.

The CEOs of American, United, Southwest, Alaska and JetBlue all took part in the meeting. The White House declined to comment.

The meeting was arranged after Transportation Secretary Pete Buttigieg and officials with the Centers for Disease Control and Prevention said that such a testing requirement was under consideration.

The airlines argue that there isn't enough testing capacity to test every passenger. More than 1 million people went through checkpoints at U.S. airports on Thursday, according to figures from the Transportation Security Administration.

They also say that requiring people to take a coronavirus test before flights would cause more people to drive — merely shifting the risk of spreading the virus from planes to cars.

President Joe Biden has met with a bipartisan group of governors and mayors at the White House as part of his push to give financial relief from the coronavirus pandemic to state and local governments.

The relief is a clear source of division with Republican lawmakers who view the spending as wasteful. As part of a $1.9 trillion coronavirus package, Biden wants to send $350 billion to state and local governments and tribal governments. While

Republicans in Congress have largely objected to this initiative, Biden’s push has some GOP support among governors and mayors. Republican Govs. Asa Hutchinson of Arkansas and Larry Hogan of Maryland attended the Friday meeting, along with Democratic governors.

Under the relief package being crafted in House committees this week, every state and the District of Columbia would get at least $500 million, but most of the money going to states would be distributed based on their share of unemployed workers nationally.

Starting Friday, residents in 14 states and Puerto Rico can begin getting vaccinated at their local Walgreens pharmacy as part of the Biden administration's Federal Retail Pharmacy Program. However, eligibility will vary from state-to-state and availability will remain limited for the time being.

Earlier this week, the federal government began shipping the first of 1 million weekly doses of COVID vaccines directly to retail pharmacies across the country earlier this week. CVS launched the program in 11 states on Thursday.

Dr. Anthony Fauci says people will need to wear masks “for several, several months” to avoid the coronavirus as vaccinations are rolled out.

The government’s top infectious disease expert told ABC’s “Good Morning America” on Friday by the time 75% to 80% of the population is vaccinated, “the level of virus in the community could be so low that you could start pulling back a bit on what are stringent public health measures.”

But Fauci says any relaxing of safety measures needs to be done “prudently and gradually.”

U.S. government researchers have found that two masks are better than one in slowing the spread of the coronavirus, but health officials have stopped short of recommending everyone double up.

Fauci says the U.S. has contracted for 600 million vaccine doses, enough to vaccinate everyone with two doses. He says as spring turns into summer, everyone should be eligible to receive a vaccine.

Fauci says, “As we go from April to May to June and then hopefully by July, we’ll be at that point where we have enough vaccine for virtually everyone.”