For the first time in months, the average of new coronavirus cases has dipped below 100,000 per day in the United States. Although it is an improvement – new daily cases peaked at nearly 250,000 in January – experts warn the pandemic is far from over.

Dr. Rochelle Walensky, director of the Centers for Disease Control and Prevention, said over the weekend that new variants, including one first detected in the United Kingdom that appears to be more transmissible and has already been recorded in more than 30 states, will likely lead to more cases and more deaths.

The U.S. has reported more than 27 million coronavirus cases and 488,000 virus-related deaths since the start of the pandemic, according to a tally by NBC News.

A top American epidemiologist says Centers for Disease Control and Prevention guidelines for reopening schools during the coronavirus pandemic are sufficient but schools will face major challenges in the coming weeks because of virus variants.

Michael Osterholm is head of the University of Minnesota’s Center for Infectious Disease Research and Policy and was named to Joe Biden’s coronavirus task force before Biden became president. Osterholm says there’s low virus transmission at schools, especially for younger students, but virus variants are “a real red flag coming down the road.”

The World Health Organization has granted an emergency authorization to AstraZeneca's coronavirus vaccine, a move that should allow the U.N. agency's partners to ship millions of doses to countries worldwide as part of a U.N.-backed program to tame the pandemic.

In a statement Monday, WHO said it was authorizing the AstraZeneca vaccines made by the Serum Institute of India and South Korea’s AstraZeneca-SKBio.

WHO’s green light for the AstraZeneca vaccine is only the second one the U.N. health agency has issued after approving the Pfizer-BioNTech vaccine in December. Monday's announcement should trigger the delivery of hundreds of millions of doses to countries that have signed up for the U.N.-backed COVAX effort, which aims to deliver vaccines to the world’s most vulnerable people.

“Countries with no access to vaccines to date will finally be able to start vaccinating their health workers and populations at risk,” said Dr Mariângela Simão, WHO's Assistant-Director General for Access to Medicines and Health Products.

The coronavirus pandemic has infected about 109 million people worldwide and killed at least 2.4 million of them. But many of the world's countries have not yet started vaccination programs and even rich nations are facing shortages of vaccine doses as manufacturers struggle to ramp up production.

People arriving in Britain must quarantine in hotels starting Monday as the government tries to prevent new variants of the coronavirus derailing its fast-moving vaccination drive.

On Sunday the government reached its goal of giving the first of two doses of vaccine to 15 million of the most vulnerable people, including health care workers and over-70s.

Health Secretary Matt Hancock said the vaccination drive is now being extended to people over 65 and those with underlying health conditions.

Health officials are concerned that vaccines may not work as well on some new strains of the virus, including one first identified in South Africa.

People arriving in England from 33 high-risk countries must stay in quarantine hotels for 10 days at their own expense. In Scotland the rule applies to arrivals from any country.

Critics say the move comes too late, with the South African variant already circulating in the country.

New Zealand Finds No New Community Spread, So Lockdown May Be Short-Lived

As people in Auckland adjusted to a new lockdown on Monday, health officials said they’d found no evidence the coronavirus had spread further in the community, raising hopes the restrictions might be short-lived.

New Zealand’s largest city was hurriedly placed into a three-day lockdown Sunday after three unexplained virus cases were found. It’s the country’s first lockdown in six months and represents a setback in its largely successful efforts to control the virus.

Director-General of Health Ashley Bloomfield said the negative test results since the first three were found was an encouraging start, but cautioned a fuller picture of the outbreak wouldn’t emerge until Tuesday, when the results from an expanded testing regimen would be known.

New Zealand also announced its first batch of vaccine had arrived. Officials said the shipment of about 60,000 doses of the vaccine developed by Pfizer and BioNTech would initially be prioritized on border workers.

Coronavirus case numbers are stabilizing in parts of the Middle East but the situation remains critical, with more than a dozen countries reporting cases of new variants, the World Health Organization said Monday.

Ahmed al-Mandhari, director of WHO’s eastern Mediterranean region, which comprises most of the Middle East, said in a press briefing from Cairo that at least one of the three new coronavirus variants was reported in the 13 countries in the region. He did not name the countries.

All three of the new variants are more contagious, according to WHO.

Al-Mandhari said there are nearly 6 million confirmed cases of coronavirus in the region and about 140,000 deaths. WHO urged people to continue taking precautionary measures against the virus. 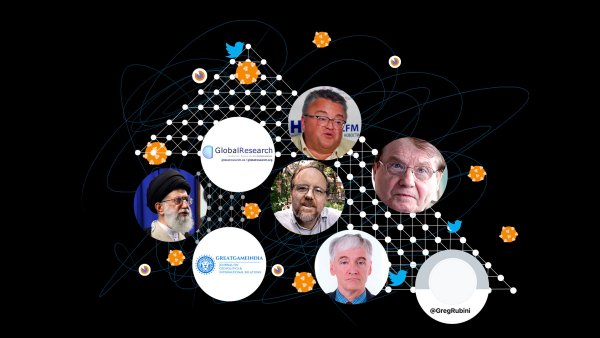 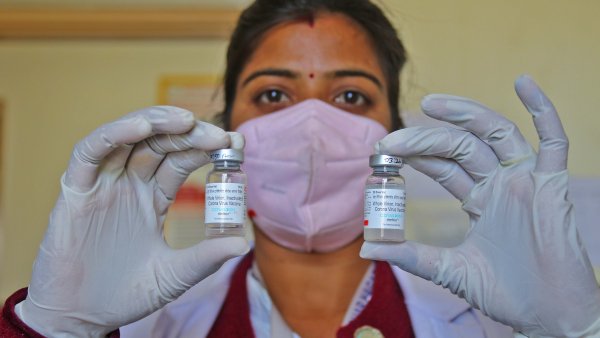