A long-running employee's market had made it difficult for employers to tug the reins and force remote workers back to the office.

But times may be changing.

Amid various business challenges ranging from market volatility, rising inflation, lagging revenue and a high risk of recession, companies are slowing hiring and, in some cases, letting workers go.

Facebook parent Meta, Twitter, and Uber are just some of the companies that have pared back plans for new employees. Uber CEO Dara Khosrowshahi wrote in an email to employees that the company "will treat hiring as a privilege and be deliberate about when and where we add headcount." A Meta spokesperson told CNBC that "in light of the expense guidance given for this earnings period, we are slowing its growth accordingly."

Carvana and Robinhood are just two of the companies that went through recent hiring streaks that are now letting workers go. "We determined that making these reductions to Robinhood's staff is the right decision to improve efficiency, increase our velocity, and ensure that we are responsive to the changing needs of our customers," Robinhood CEO Vlad Tenev wrote in a blog post announcing the company would be letting go approximately 9% of its 3,800 employees. 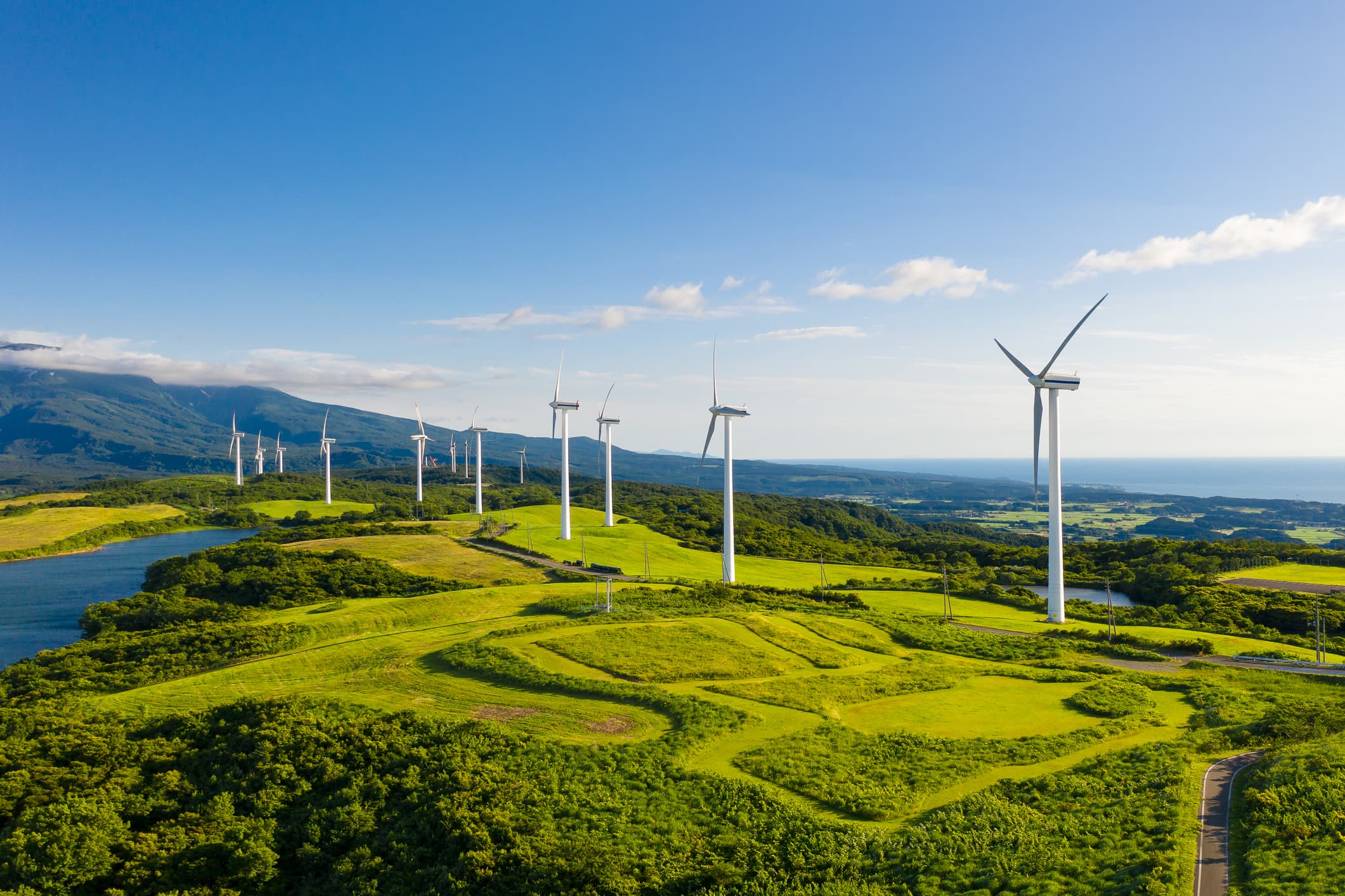 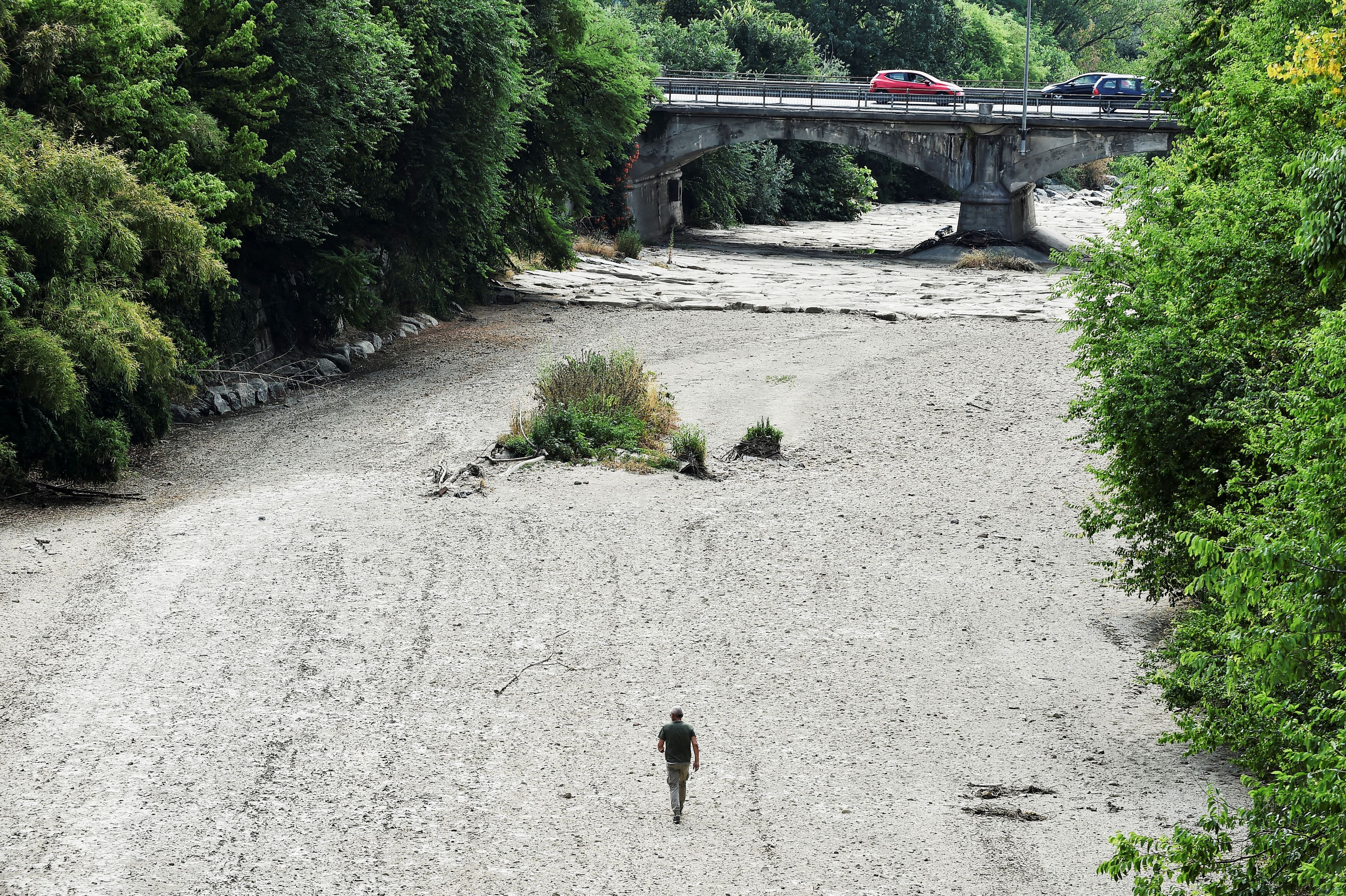 Italy Just Declared a State of Emergency Because of Drought: ‘There Is No Doubt That Climate Change Is Having an Effect,' the Prime Minister Said

A quickly shifting employer-employee dynamic could give companies the ammunition to take a harder line against the full-time work-at-home arrangements that many employees have pushed for, according to corporate policies experts. In fact, they say more companies are likely to start pressing staffers to come back to the office — at least a few days a week.

"The hybrid workforce is not going to go away, but the situation where employees refuse to come to the workplace at all is not likely to hold," said Johnny C. Taylor Jr., president and CEO of The Society for Human Resource Management.

Before the pandemic, about 10% of the U.S. workforce worked fully remotely, according to SHRM data. "By the end of 2024, we believe that the number of fully remote workers will go to about 20%. But that still means 80% will be working in the office in some way," Taylor said.

Since the Bureau of Labor Services began publishing the JOLTS report in 2000, there have been two recessions with very similar trends in job openings, one in 2001 and the other in 2007-2009. What makes the current macroeconomic environment different, according to Jeanniey Walden, workplace expert and CIO of DailyPay, a leader in on-demand pay, is that if a recession is on the horizon, the Fed will be raising rates aggressively, unlike in 2001 and 2008, where the Fed was cutting rates to zero. Layer on top that the job openings are more than twice as high as they were before the last two recessions.

Even so, the Bureau of Labor Statistics recently reported a post-pandemic low in remote work at 7.7%, less than half the level it was a year ago. "Expect that number to continue to decline, with or without a recession," she said.

Recent data from New York City shows some shifts in the work arrangements, but the resilience of hybrid.

While Wall Street banks like Goldman Sachs and JPMorgan Chase have been adamant about getting people back in the office full-time, other companies have taken a more employee-centric approach, either letting employees choose where to work, or not putting teeth in a policy that requires a certain number of days in the office.

As of mid-April, 38% of Manhattan office workers were at a physical workplace on an average weekday, but only 8% were in the office five days a week, according to The Partnership for New York City. The share of office employees fully remote dropped from 54% in late October 2021 to 28% as of late April. Even without taking into account the prospect of a recession and less plentiful jobs, it is forecasting that return to office rates will increase after Labor Day, with nearly half (49%) of workers in the office on an average weekday in September, with the largest bucket (33%) being in three days per week.

As more companies start to welcome back employees on a voluntary basis or require them to return, many are facing greater-than-expected resistance.

Ford, for example, was surprised at how few employees came back to the office once the option was available, especially given employee polls that suggested they wanted a mix of remote and in-office work.

"When we opened our doors on April 4 to our employees to welcome them back into the workplace – those that wanted to come in – the numbers that actually have come back into work have been lower than we expected," Ford Chief People and Employee Experience Officer Kiersten Robinson said during a recent CNBC Work virtual event.

Goldman Sachs CEO David Solomon had particularly pushed for workers to return a majority of the workweek, if not all five days, calling this work-from-home era "an aberration." Speaking to CNBC's David Faber earlier this month, Solomon said that the bank's in-person attendance at its U.S. offices is between 50% to 60%, down from a pre-pandemic figure of roughly 80%.

Right now, it's still very much an employee's market, so many companies are still walking a fine line when it comes to flexibility. Some companies, for instance, officially require employees to work in the office three days a week but aren't coming down hard on those who only come in for two.

"It's really hard to go back to something restrictive once you've had more freedom," said Lori Dann, founder of the Presidents' Leadership Council, a forum for small business presidents, owners and partners.

Companies are especially wary of rocking the boat, given that a record 47 million people quit their jobs in 2021, according to the Bureau of Labor Statistics. Gartner predicts that U.S. employee annual voluntary turnover is likely to jump nearly 20% this year from a pre-pandemic annual average, which would mean 37.4 million people quitting their jobs in 2022, according to the research and consulting firm. On top of that, the job market has remained very tight with the number of employment openings exceeding the pool of available workers by 5.6 million in March.

"Companies are getting a lot of resistance getting people back to the office," Dann said. "Whenever the job market changes back to an employer market, they may be more forceful, but I don't think there's any way to do that now."

Many companies, however, are losing patience with employee demands for fully remote work, Taylor said. He offered the example of Apple, which in April started requiring corporate workers to come in once a week. The company earlier this month ramped that up to two days a week and the plan was to require three days a week starting on May 23.

The policy, which also allows staffers to work fully remote for up to four weeks a year, met resistance among employees. The group published an open letter, which garnered more than 3,000 signatures, decrying the "rigid policies" being promulgated. Apple also lost a top AI executive to Google, who bolted based on its return to work policy. While the company could stick to its guns, it has temporarily delayed its plan to require three days in the office, citing Covid concerns. The two-day requirement remains in place.

For many companies, being in the office is an important part of their culture, Taylor said. Other employers, too, are going to be more willing to say, "If you don't like what we're offering, find another place to work," he said.

"We have no plans to change at this time, but we will continue to seek feedback from our employees and make any necessary adjustments," an Amgen spokesperson said.

"Coming into the office remains voluntary at this time, unless a role must be performed in an office," said Kristen Robinson, chief people officer at Splunk. "We expect teams to decide how they work together and when they come together in person," she said.

For its part, Spotify, which gives employees the choice where to work, said it will conduct a two-year research initiative to further understand the impact of work-from-home on energy, innovation, collaboration and wellbeing.

Where bargaining power will shift between worker and boss

As for relative bargaining power, there is no question that workers today are benefiting from an unprecedented labor imbalance. A recession means fewer new job opportunities for workers, but the labor market currently has nearly two job openings for every unemployed person, giving workers significant leverage to pick and choose the career opportunity that works best for them.

"This has impacted everything from base pay to signing bonuses to remote work status," Walden said. "As the labor supply-demand imbalance shrinks, it will undoubtedly impact bargaining power."

But the degree to which the power of balance shifts may not be as significant as in past recessions, according to Richard Wahlquist, president and CEO of the American Staffing Association. "The nation's employers were dealing with skills shortages before Covid triggered the last recession. Workers with skills in high demand today will likely be in high demand even when the economy tips back into a recession," he said.

Job seekers will likely receive fewer offers in the coming weeks and months as companies tighten their belts and become more scrupulous in bringing on new talent, said William Chamberlain, careers expert and head of marketing at Hirect, but he doesn't believe workers will lose the footing they've gained over the past two years.

"Workers won't be keen to simply give up that balance, and employers must realize satisfied workers are more loyal and productive than their disgruntled counterparts. In other words, it's too early to take a job out of fear. Recession or not, job seekers should keep their expectations high and not sell themselves short," Chamberlain said.

This includes areas where employers have become more employee-centric, from the types of benefits they offer to workers, to signing bonuses and enhanced workplace flexibility.

"While sign-on bonuses may diminish, employers will continue to aggressively compete for qualified talent. There's no turning back. Economic cycles happen. Workers will continue to benefit from the renewed focus on employee engagement," Wahlquist said.